Arnold Schwarzenegger Won’t Be Back as Host of ‘Celebrity Apprentice’ 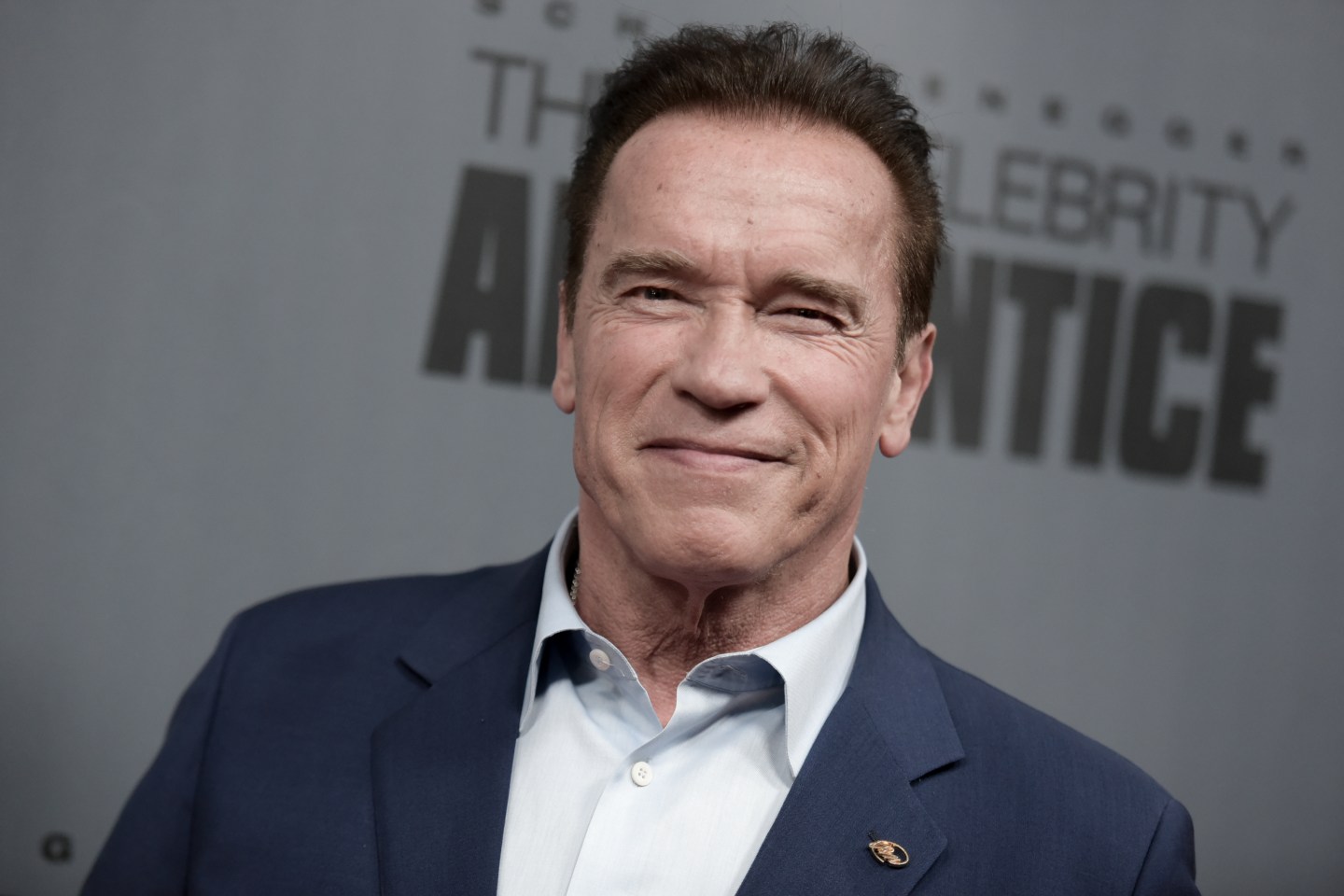 Action movie star Schwarzenegger took over as host of Celebrity Apprentice last year, and his first season, which premiered in January, has been watched by around 4 to 5 million viewers.

“I loved every second of working with NBC and Mark Burnett. Everyone—from the celebrities to the crew to the marketing department—was a straight 10, and I would absolutely work with all of them again on a show that doesn’t have this baggage,” Schwarzenegger said in a statement.

The actor’s representative said Schwarzenegger would not be returning for a second season.

NBC, a unit of Comcast, did not comment on Schwarzenegger’s decision not to return for another season, or the show’s future on Friday.

Schwarzenegger, a Republican who served two terms as California governor but said he did not vote for Trump as president, told U.K. film magazine Empire in an interview published on Friday that he was leaving the show due to Trump’s involvement.

“I learned a lot, I had a great time, it was a really great opportunity,” Schwarzenegger said. “But under the circumstances I don’t want to do it again.”

“When people found out that Trump was still involved as executive producer and was still receiving money from the show, then half the people (started) boycotting it,” Schwarzenegger told the publication.

New York businessman Trump became a household name as the host of The Apprentice and The Celebrity Apprentice for 14 seasons. Contestants on the reality show vie to show their business skills.

Trump, who took office in January after winning November’s presidential election, has mocked Schwarzenegger and the 43% fall in the 18-to-49-year-old audience for the show’s January premiere.

Some 20 million Americans were regular watchers of The Apprentice in the show’s first year, falling to around 6 million in 2015 for the last episode of The Celebrity Apprentice hosted by Trump.