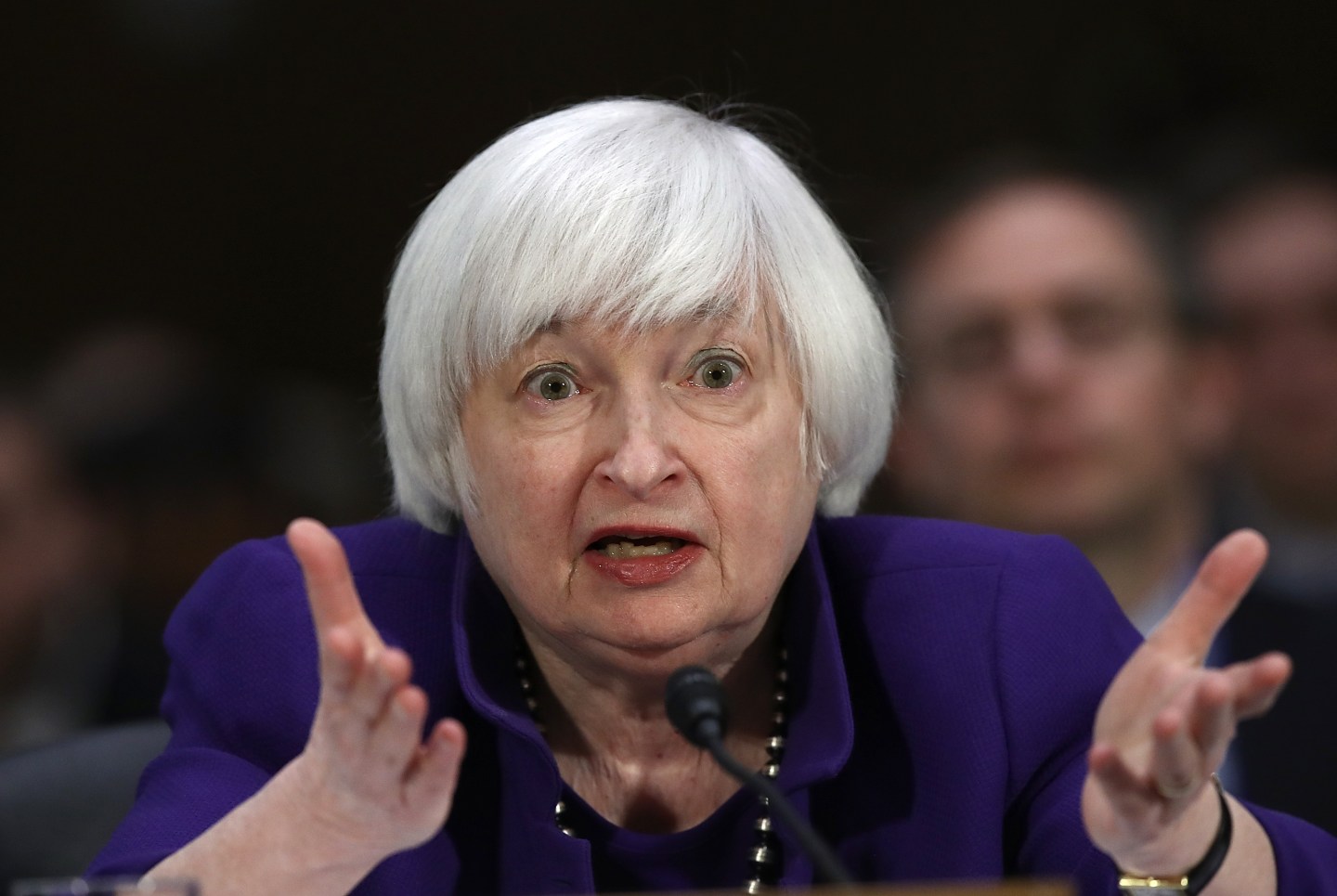 What a difference a week and a few speeches can make.

If there are any doubts that the Federal Reserve will hike interest rates in March, Chairwoman Janet Yellen just quashed them.

Speaking at The Executives’ Club of Chicago on Friday, Yellen said that as long as there aren’t any major surprises from indicators on jobs and inflation over the next few days, a rate hike “would likely be appropriate” at the Fed’s next meeting, which concludes on March 15.

“We realize that waiting too long to scale back some of our support could potentially require us to raise rates rapidly sometime down the road, which in turn could risk disrupting financial markets and pushing the economy into recession,” Yellen said.

(Related: Here’s What Worries the Fed About Donald Trump)

In other words, next week’s jobs report would probably have to be a complete disaster for the Fed not to hike rates. That’s unlikely. The job market has continued to show signs of strength in February, and economists are largely expecting another strong report on March 10.

The speech wraps up an especially chatty week for Fed officials, as they sought to prepare investors for the first increase in interest rates this year. In an interview with CNN on Tuesday, New York Federal Reserve President Bill Dudley said the case for tightening had become more “compelling.”

On Monday, bond investors were putting odds of a March increase at around 40%. But just a couple days later, those odds soared to 80%.

Once we get this close to a meeting, it’s unlikely the market is wrong. Bianco Research notes that once a meeting is 10 trading days a way, the market has correctly predicted the Fed’s actions 90 of the last 90 times.