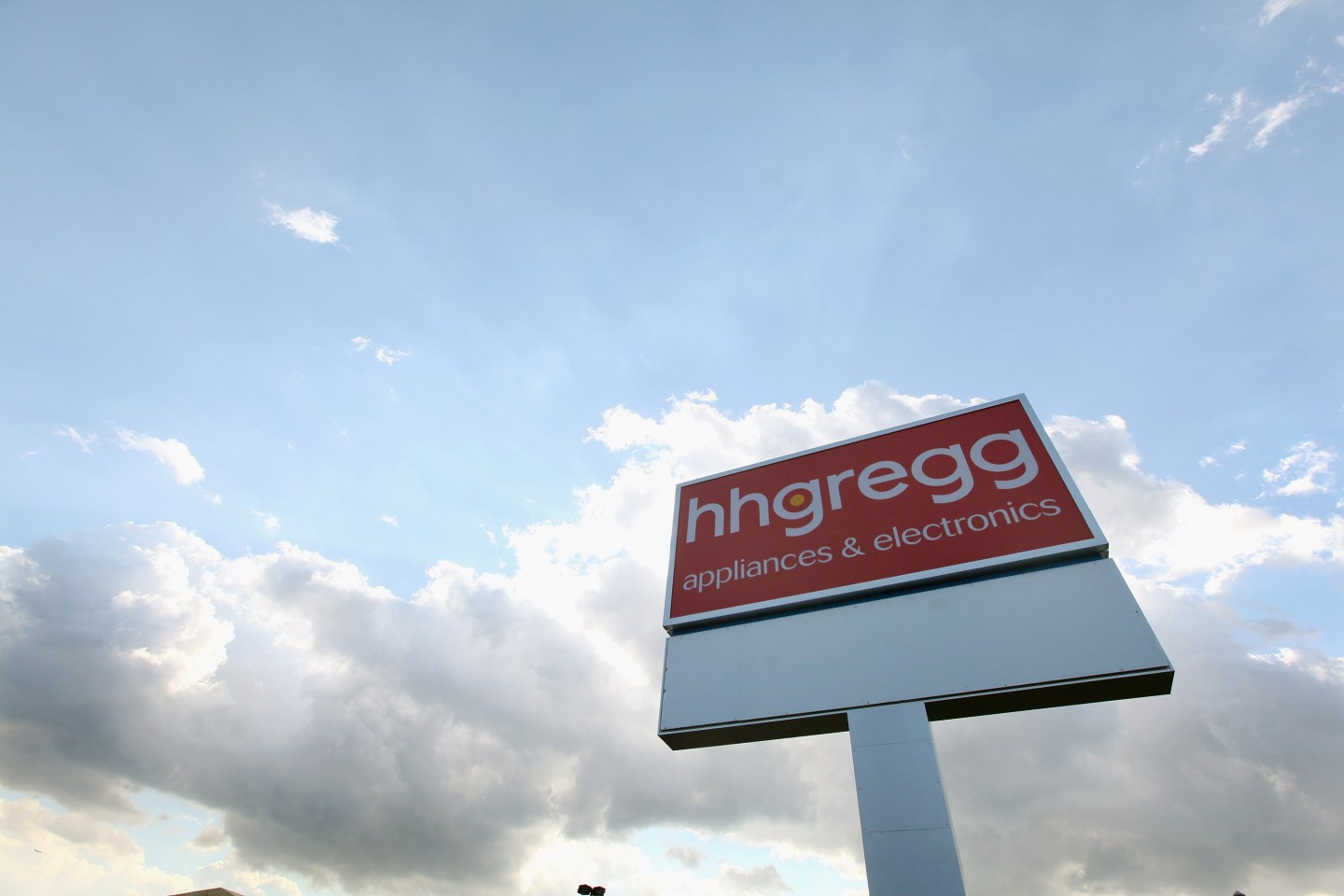 As brick-and-mortar retailers struggle with online competitors, home appliances seller hhgregg is shrinking fast in a bid to turn around.

The company announced Thursday it would close 40% of its stores and three distribution centers by mid-April. About 1,500 jobs are expected to be cut as a result, or 29% of the company’s full-, and part-time work force by March 2016.

“We are strategically exiting markets and stores that are not financially profitable for us,” said Robert J. Riesbeck, hhgregg president and CEO. “We have determined that the economics of the affected locations will not allow us to achieve our overall goal of becoming a profitable company again.”

That will leave 132 profitable hhgregg stores in operation after the closures are completed. Previously, the company said it would “explore strategic alternatives,” fanning bankruptcy rumors. Meanwhile, the New York Stock Exchange has begun the delisting process for shares of hhgregg because the company’s market cap was consecutively below NYSE requirements for over 30 days.

Shares of the company however rose 97% Thursday on news of the closures — though that only brought the stock price to 26 cents. The company’s market cap is now around $4.5 million. The NYSE requires at least a $15 million market cap for hhgregg to continue on the NYSE.

Here is the full list of locations that will be closed, according to the company’s press release: