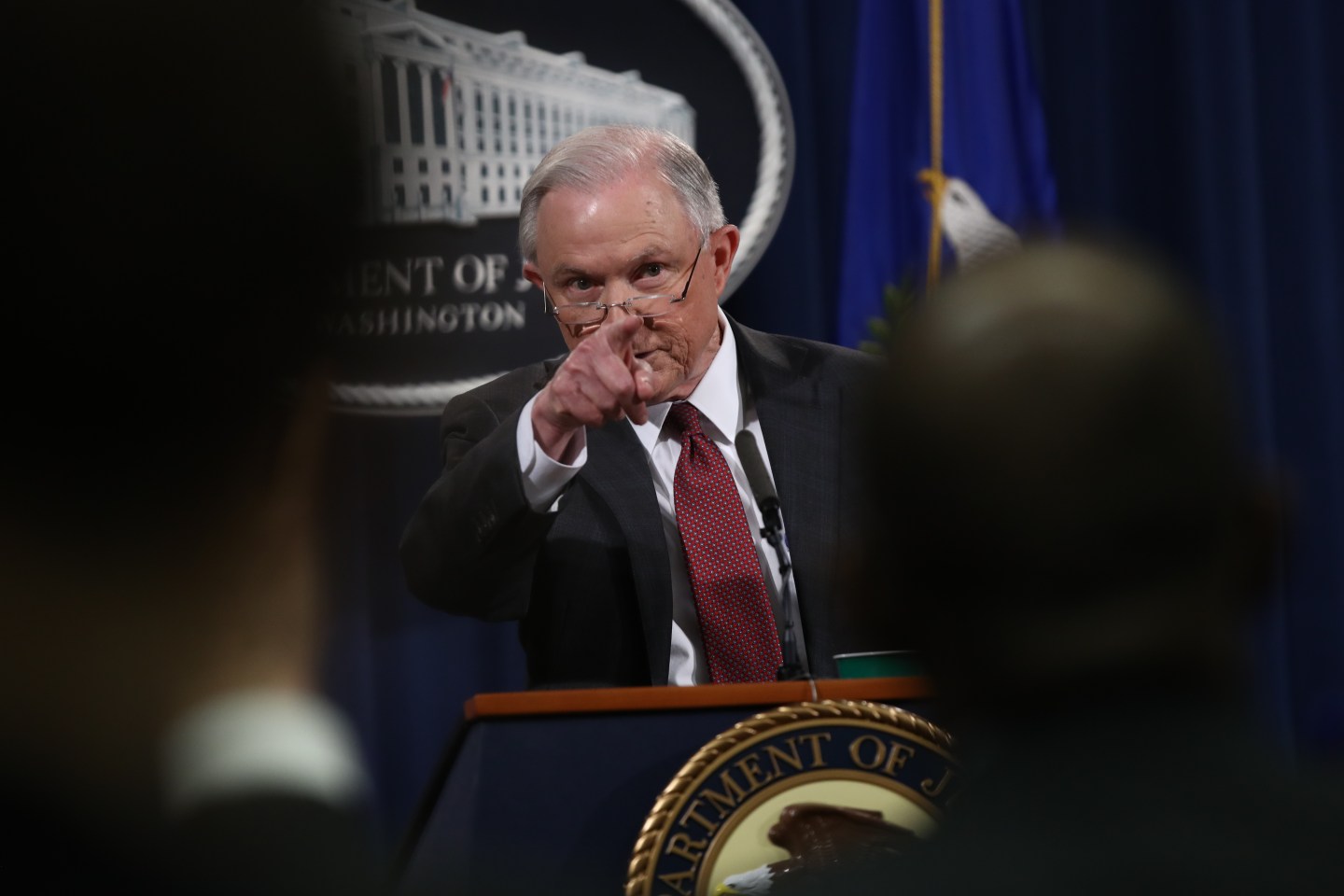 Last week, Attorney General Jeff Sessions—who is currently under pressure to resign for failing to reveal his meetings with the Russian ambassador before President Donald Trump’s inauguration—issued a memo reversing the Obama administration’s decision to phase out its use of private prisons at the federal level. This memo followed the release of a U.S. Justice Department report in August concluding that privately-operated prisons experienced more safety and security incidents than facilities operated by the Federal Bureau of Prisons did.

Since Sessions appears determined to move forward regardless, now is the right time to evaluate how to improve upon how the Justice Department contracts with private corporations to run some of its prisons. With a businessman in charge of the White House, this provides an opportunity to change private prisons for the better. A good first step would be to restructure contracts to make private facilities more accountable, effective, and strategic in their use of resources.

Sessions’s memo and Trump’s rhetoric about rampant crime in America’s inner cities indicate the nation may be headed for an uptick in the federal prison population in the coming years. Indeed, Sessions has pledged to increase prosecution of drug crimes and ramp up enforcement of immigration laws.

Although the new attorney general’s shift in policy only affects a little more than 21,000 inmates out of 126,300 inmates housed in state and federally contracted private prison facilities across the country, it points to the Trump administration’s likely reliance on the private prison industry over the next few years. Currently, the federal government primarily uses private prisons to house non-citizens convicted of crimes, and most face deportation upon release. The president’s recent executive actions cracking down on unauthorized immigration will likely swell the private prison rolls even more, further expanding the industry.

Private prisons have been debated for as long as they’ve existed. Some argue they create perverse incentives that drive overcrowding by cutting costs while reducing the quality of life for inmates. Others take issue with the idea that private corporations profit off of the nation’s predilection for incarceration, rewarded for the sheer number of inmates they can house rather than for successful rehabilitation and reentry outcomes. But some point out that the industry can save money and provide a safety valve to meet demands for more incarceration without hiring unionized prison guards who will prove near impossible to let go if prison populations are reduced.

Regardless, there’s no escaping the fact that, under a Trump administration, private prisons are sticking around. While the government doesn’t run these prisons directly, it can help ensure better outcomes for the thousands of people who cycle in and out of the facilities.

With an expansion of for-profit prisons on the horizon, it is more important than ever that the government restructure contracts with the private prison industry to boost performance and change incentives. Conducting field research for my upcoming book, I found that it is rare for contracts with private prison companies to demand fresh thinking, recidivism reduction, and outcomes that outperform the public sector. Most contracts require the private operator to simply replicate the government prison system’s procedures.

Rather than repeat this approach, both the federal government and state governments should write contracts to ensure that economic incentives focus on reducing recidivism and improving outcomes for the nation’s inmates, not just warehousing as many people as possible.

To be sure, recidivism is complicated, and even the best programming does not guarantee results. Unfortunately, many incarcerated individuals are released into their communities with little education, job skills, social network, or mentors. Additionally, a whole host of conditions of supervised release, such as drug testing, checking in with probation or parole officers, and required classes often hinder formerly incarcerated individuals from holding down jobs.

Nevertheless, all of these societal challenges should not negate the private sector’s requirement to do what it can to ramp up programming and treatment that has a track record of success. In fact, the private sector offers some advantages over the public sector. For example, contracts can include cash bonuses when they do something right and less cash (or even contract termination) when they do something wrong.

Take Pennsylvania as an example. In 2013, former Republican Gov. Tom Corbett’s administration announced it would cancel all the state’s Department of Corrections contracts with private community corrections companies and rebid them on a performance basis. Providers were then evaluated on and paid according to their success at reducing the recidivism levels of those who had just been released from prison. The state could cancel a contract if the recidivism rate increased over two consecutive year-long periods. After these contracts were implemented, the recidivism rate for private facilities fell 11.3 percent in just the first year.

Restructuring contracts around the nation’s public policy goals would ensure that private operators provide more educational programming, job training classes, and work with their inmates to ensure they are set up for optimal success once they are eventually released. Providing incentives to private firms to exceed baselines—such as improved recidivism rates—is an effective carrot, versus creating penalties for basic contract breaches like failing to receive basic accreditation or meet minimum standards.

Reimagining how private prisons operate and are held accountable does not need to be an academic exercise. Building the proper incentives into their contracts has the power to move the for-profit prison industry away from focusing on cost-cutting and filling its beds to make an extra dollar. Imagine a world where private prison operators earned bonuses if their inmates received top-tier educational programming and vocational skills classes instead of guaranteed bed occupancies. It’s possible that private prisons could begin marketing themselves to directors of corrections as leaders in recidivism reduction and reentry preparation.

Private prisons are here to stay under the new administration. Let’s at least make them work better.

Lauren-Brooke Eisen is a senior counsel at the NYU Brennan Center for Justice and author of Inside Private Prisons, which will be released in fall 2017.