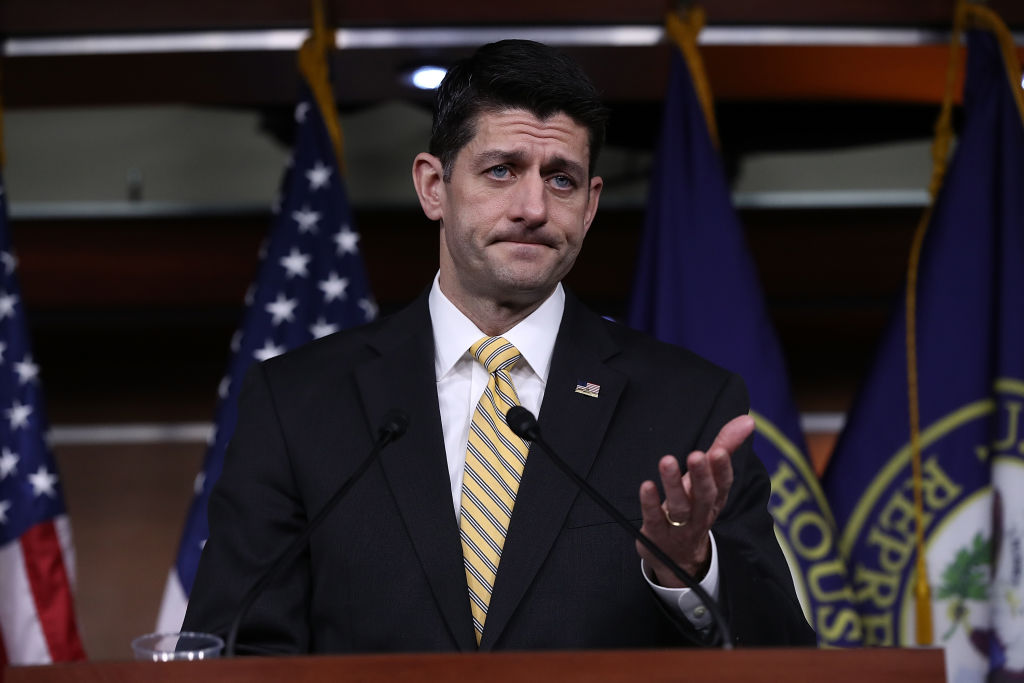 Around 200 people chanted “Coward!” and booed as Republican House Speaker Paul Ryan attended an event in the heavily Democratic state.

A strong police presence kept the crowd across the street from a Providence office building, where Ryan was meeting Thursday with Year Up, a nonprofit career training organization.

Ryan was not seen entering the building, but a motorcade carrying him pulled into an alley, where there’s a back entrance, away from protesters.

“We want him to hear loud and clear that his values are Wall Street values, they’re not Rhode Island values,” said Georgia Hollister Isman, the state director of Rhode Island Working Families. “We’re also here in solidarity with our friends in Wisconsin who’ve been trying for months to get a town hall meeting with him.”

Ryan spokesman Zack Roday said “it is unfortunate protesters chose to demonstrate at Year Up,” where Ryan toured the facilities and took questions from students.

A Republican state lawmaker called the protests “shameful” and said they could hurt the tiny state’s chances of fostering better relations with the White House.

The demonstrators said they were protesting the policies of Republicans including Ryan and President Donald Trump, especially their plans to repeal and replace the 2010 Affordable Care Act. People also carried signs that said, “No Ban No Wall” and “Hey! Wisconsin we found him!”

“No matter where he goes, wherever he takes his radically dangerous Ryan-Trump agenda, the resistance will be there to meet him,” said state Rep. Aaron Regunberg, a Providence Democrat, who spoke to the crowd through a megaphone.

The protesters said their ire wasn’t aimed at Year Up, which offers low-income young adults six months of intensive career training followed by a six-month internship with one of its corporate partners.

But its board president, Paul Salem, is with a private equity firm whose members have donated to the GOP. Campaign finance records collected by the Center for Responsive Politics show people with Providence Equity Partners gave more than $700,000 to groups associated with the Republican Party and candidates in the 2016 election cycle.