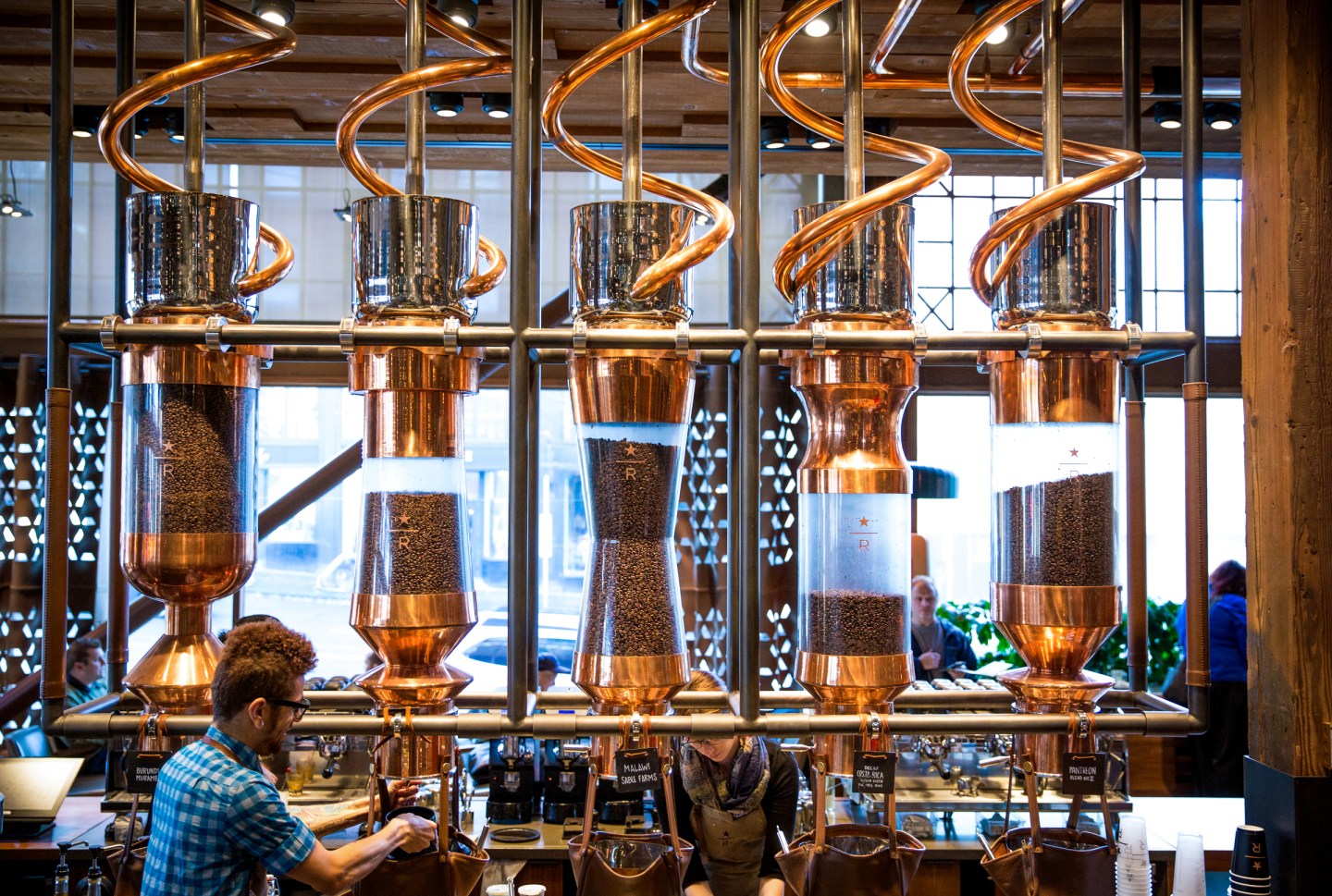 Starbucks is making a big bet on Italy, the home of espresso, with plans to debut in Milan late next year with a sprawling, super-premium Reserve Roastery in a turn-of-the-century post office building on Piazza Cordusio.

Wooing Italian coffee drinkers is a long-term goal of Chairman and Chief Executive Howard Schultz, who is handing off the top job in April to focus on building out the company’s high-end brands as executive chairman.

The world’s biggest coffee seller had initially planned to open its first cafe in Milan this year, but Schultz on Monday said Starbucks for the first time had decided to open a Roastery before a traditional shop. It is now “banking” a small number of sites for stores in Milan, whose openings will follow the Roastery debut, Schultz said.

Starbucks Roastery properties are playgrounds for coffee enthusiasts and significant investments for the company, which aims to dominate the craft coffee segment carved out by smaller, so-called “third-wave” chains such as Blue Bottle and Intelligentsia in the United States.

Starbucks (SBUX) debuted its first Roastery in its hometown of Seattle in December 2014, spending a reported $20 million on that 15,000-square-foot facility.

Schultz has frequently said that he was inspired to open his first coffee shop after visiting Milan and admiring the city’s thriving cafe culture.

“This store will be the culmination of a great dream of mine—34 years in the making—to return to Milan” with an immersive retail experience, Schultz said in a statement.

Italy has the seventh highest per capita coffee consumption in Europe, according to the European Coffee Federation.

Italian artisan baker Rocco Princi will be the exclusive food provider for Starbucks’ 25,500-square-foot Milan Roastery in the Palazzo Delle Poste building and all other locations. Starbucks made a financial investment and struck a global licensing deal with Princi last year.

Starbucks previously said that Italian businessman Antonio Percassi would open the first Starbucks cafe in Milan in early 2017 under a licensing arrangement.

The Percassi group, which owns cosmetics chain Kiko and has a franchising deal in Italy with U.S. lingerie chain Victoria’s Secret, will own and operate the Milan coffee shops that will open after the Roastery, a Starbucks spokeswoman said.

Starbucks’ also has Reserve Roastery projects underway in Shanghai, Manhattan and Tokyo. The company plans to build as many as 30 such projects over time.