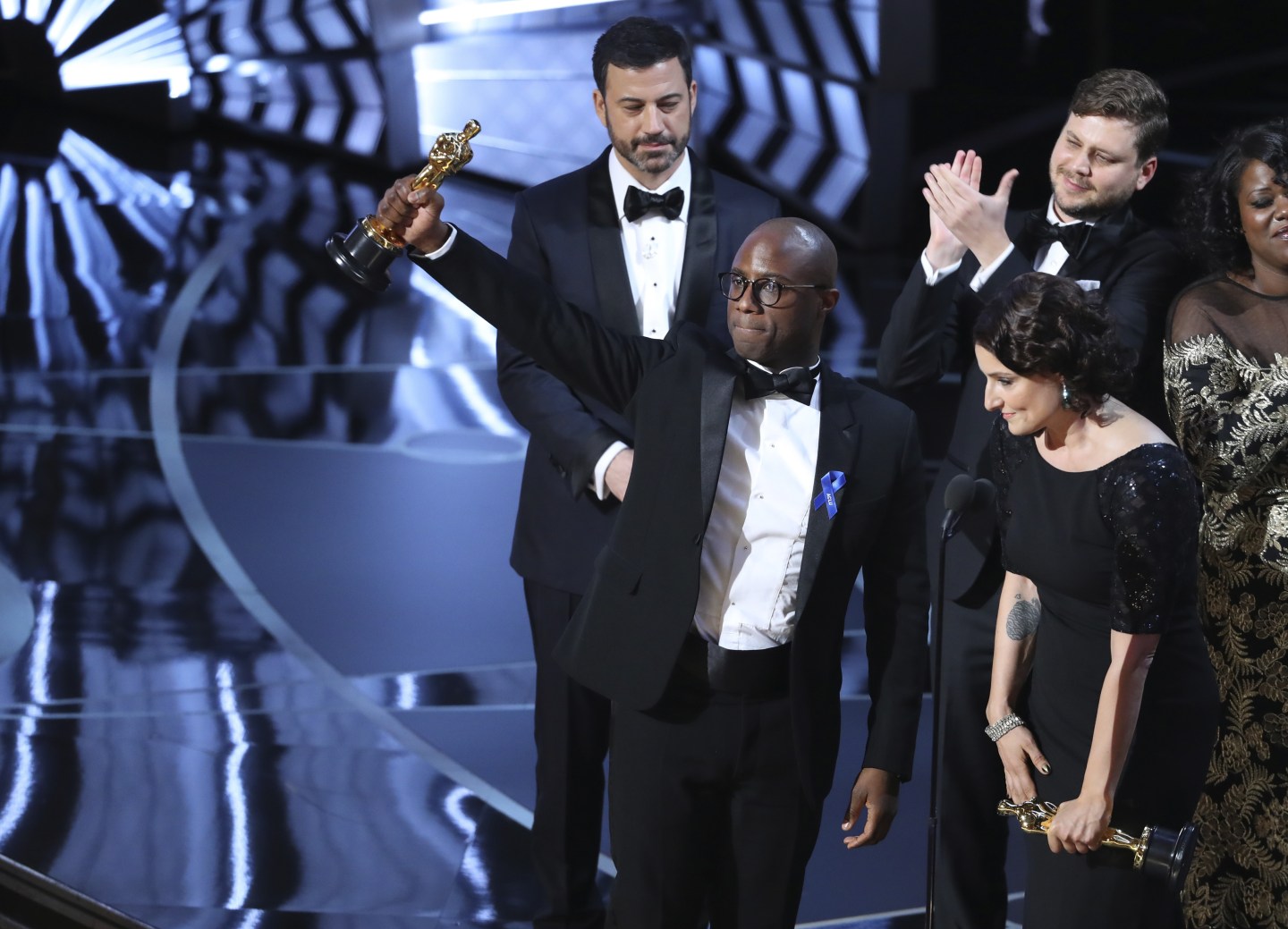 But in a highly unusual mishap, presenter Warren Beatty first, mistakenly initially announced that musical “La La Land” had won, causing confusion and uproar on Hollywood’s biggest night. Beatty said he had been given the wrong envelope to open.

Emma Stone won best actress for the musical, and “Manchester by the Sea” star Casey Affleck was named best actor on a night where U.S. President Donald Trump was the butt of numerous jokes, capping a Hollywood awards season marked by fiery protests at his policies.

Viola Davis and Mahershala Ali won their first Oscars for their supporting roles in African-American stories “Fences” and “Moonlight,” in stark contrast to the 2016 Academy Awards when no actors of color were even nominated.

Romantic musical “La La Land,” the tale of a struggling actress and a jazz pianist in Los Angeles, went into the Oscars with a leading 14 nominations and emerged with six, including for its score and theme song “City of Stars.”

Trump’s presence loomed large at the three and a half hour show as host Jimmy Kimmel fired off political zingers and even tweeted at the Republican president, getting no immediate response.