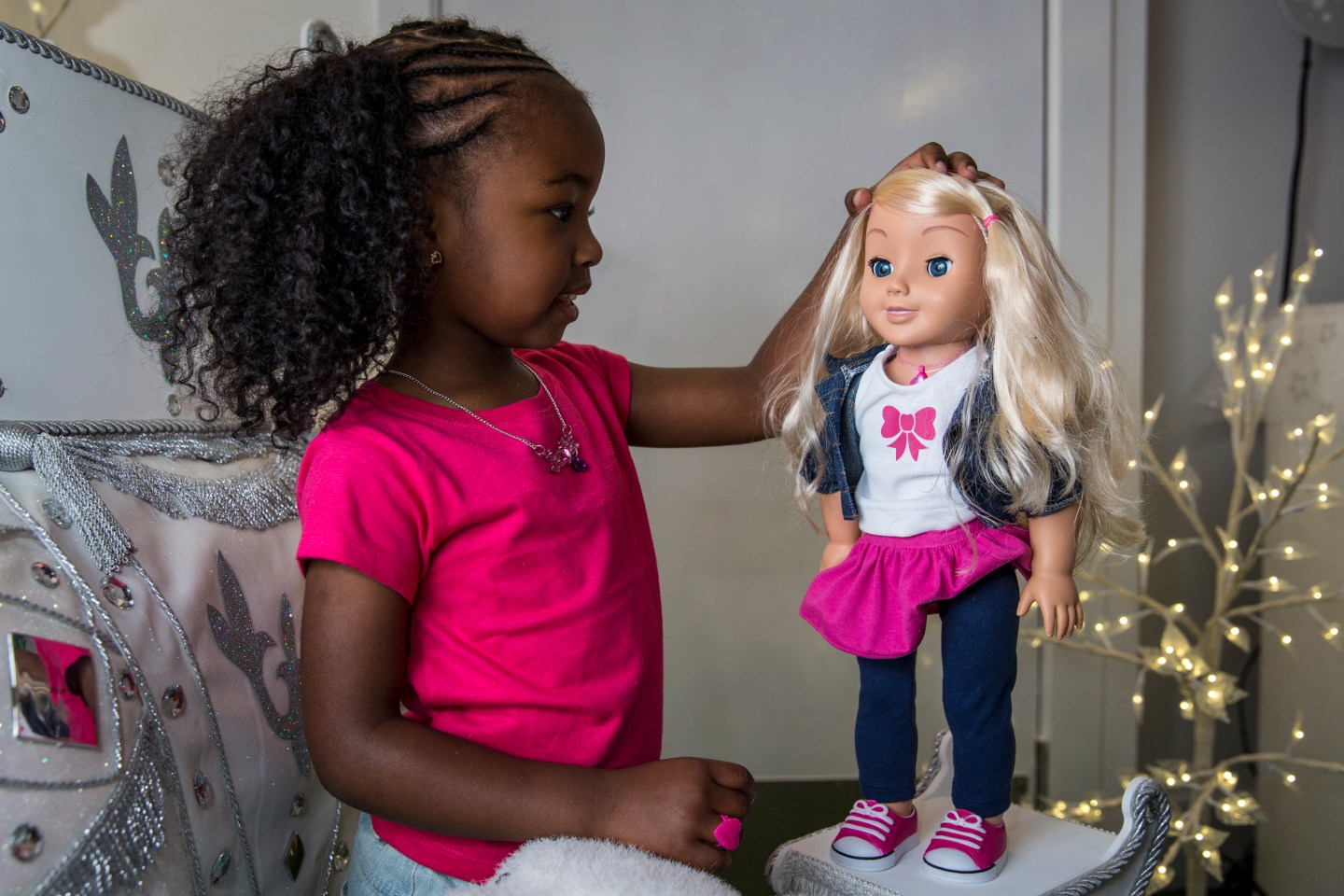 LONDON, ENGLAND - JUNE 26: Jayla, aged 4, plays with a 'My Friend Cayla' doll in the Hamleys toy shop on June 26, 2014 in London, England. The doll, which uses Bluetooth technology to connect to Android and iOS devices, retails for 75 GBP and is included in Hamleys' predictions for the top selling toys for Christmas 2014. (Photo by Rob Stothard/Getty Images)
Rob Stothard—Getty Images

German authorities have asked parents to immediately discontinue use of the My Friend Cayla doll, and to destroy the toy’s internal microphone, out of concern that the device could be used to spy on children and their families.

Regulators say the doll, which connects to the Internet via Bluetooth and responds to children’s queries by using a concealed internal microphone, violates the country’s privacy laws, CNN reports.

Parents who have the dolls in their homes will not be subject to penalties, CNN reports, even though it is outlawed because of a German ban on wireless products that have hidden cameras or microphones.

“The ownership of this device is illegal,” CNN quoted Olaf Peter Eul, a spokesman for Germany’s telecoms regulator, as saying. “We expect people to act as lawful citizens and destroy the functionality of the doll.”

Regulators have reportedly asked the doll’s manufacturer to remove the item from retail shelves. The toy’s Germany distributor, U.K.-based Vivid, said the company was “working with our German partners to resolve this issue.”

The My Friend Cayla doll has also raised concerns in the U.S., where it is made by toy company Genesis. Consumer watchdog groups have banded together to file a complaint with the Federal Trade Commission over concerns about invasion of privacy.

The complainants said the toy could “subject young children to ongoing surveillance,” and raised concerns over the toy’s operating system, which reportedly has links to a software company that sells data solutions to law enforcement and the military.