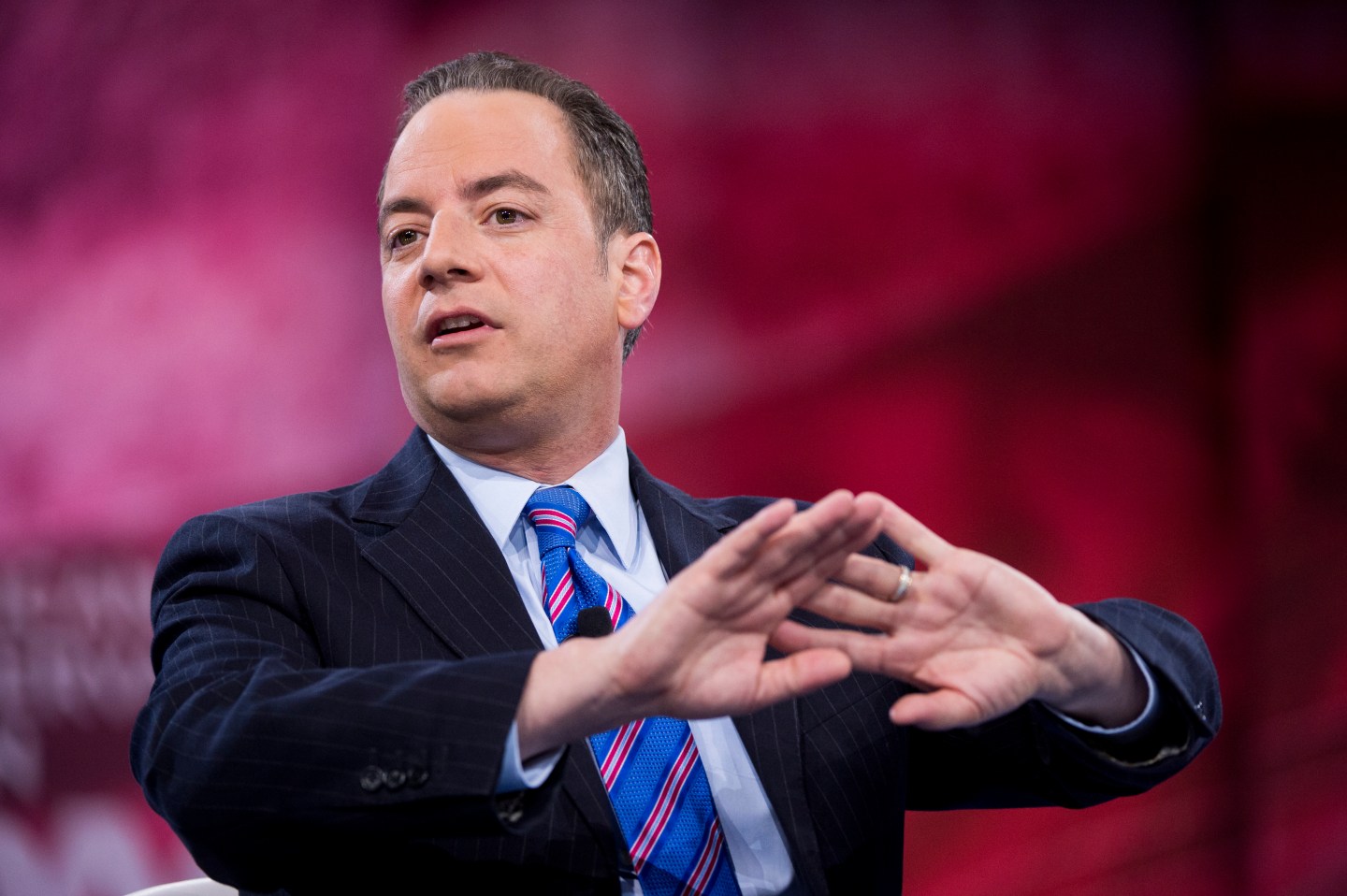 The New York Times, citing anonymous sources, reported last week that members of Trump’s campaign and others associated with the president had repeated contacts with senior Russian intelligence officials in the year before the election. U.S. law enforcement and intelligence agencies based their findings on intercepted communications, the Times reported. The agencies did not find any evidence that the campaign was working with Russia to influence the election’s outcome, according to the Times.

During an appearance on NBC’s Meet the Press, Priebus called the report “grossly overstated and inaccurate.”

“I mean, we’ve spent days talking about a story that says that our campaign had constant contacts with Russian spies. And I can tell you, I’ve talked to the top levels of the intelligence community, and they’ve assured me that that New York Times story was grossly overstated and inaccurate and totally wrong,” Priebus told host Chuck Todd.

He continued: “It is this sort of fake news stuff that is enormously important that, when you get a front page story of New York Times without a single source on the record saying that your campaign had constant contact—they didn’t say one contact. They didn’t say two contacts. It doesn’t matter. We have not been informed of even that.”

The chief of staff made similar comments on Fox News Sunday, citing the “top-level” intelligence officials who told him there were no contacts between Russia and the campaign.