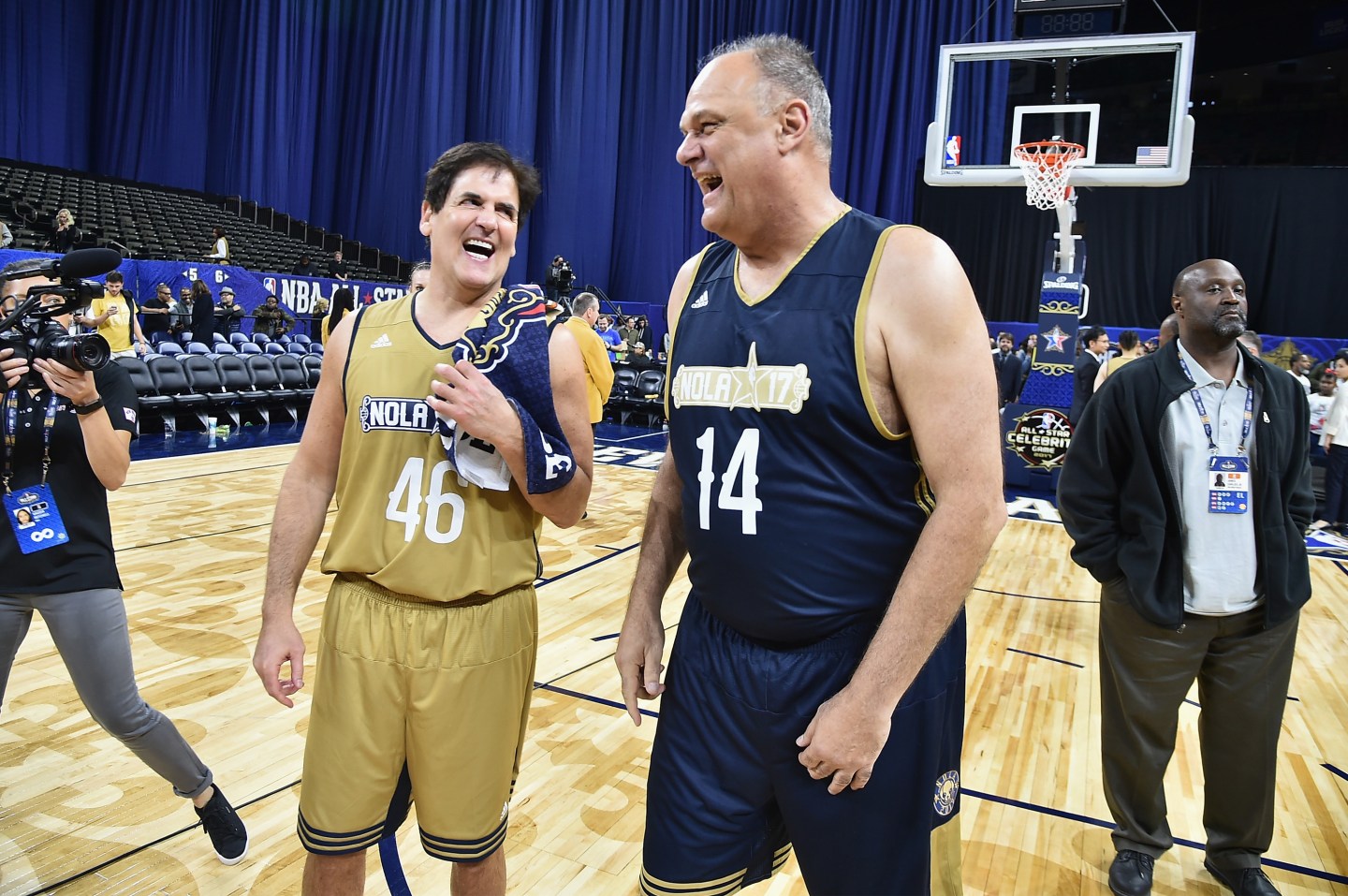 President Donald Trump recently tweeted that Mark Cuban is “not smart enough to run for president.” The billionaire investor and Dallas Mavericks owner, a long-time Hillary Clinton supporter, apparently responded by wearing a jersey at Friday night’s NBA Celebrity All-Star Game with the number 46, Sports Illustrated reports. Trump is the 45th president of the United States, meaning Cuban would be the 46th — if he ran and won.

While neither Cuban nor his team have confirmed that the number was a jab at the President, rumors were fueled after Cuban told fans to take note of his NBA All-Star Celebrity Game uniform number.

A sports editor at the Dallas Morning News also noted that he had told Cuban to wear the number on his jersey last week.

Talking to @mcuban last week, I told him he should wear #46 at the celebrity game to troll and looks like he will! #YoureWelcomeAmerica 😂

When asked about his jersey choice, Cuban offered a variety of answers.

“It was just to f–k with everybody, because that is what I do,” he said, according to ESPN. “You’ve got to have fun with it. You can’t take it too seriously. So we’ll see.”

Earlier that day, Cuban also insisted that his favorite number was 23, and since the number was already spoken for, and “23 times 2 is 46,” that’s what he went with.

On Twitter at least, Cuban has a very simple answer to Trump’s jab at him earlier this week.

Though a few days, later he clarified:

@adamjrbowen let's be clear. That was a lie. Any time I called. He took the call. He called me far more often than I called him

Fortune has reached out to the Dallas Mavericks for comment.