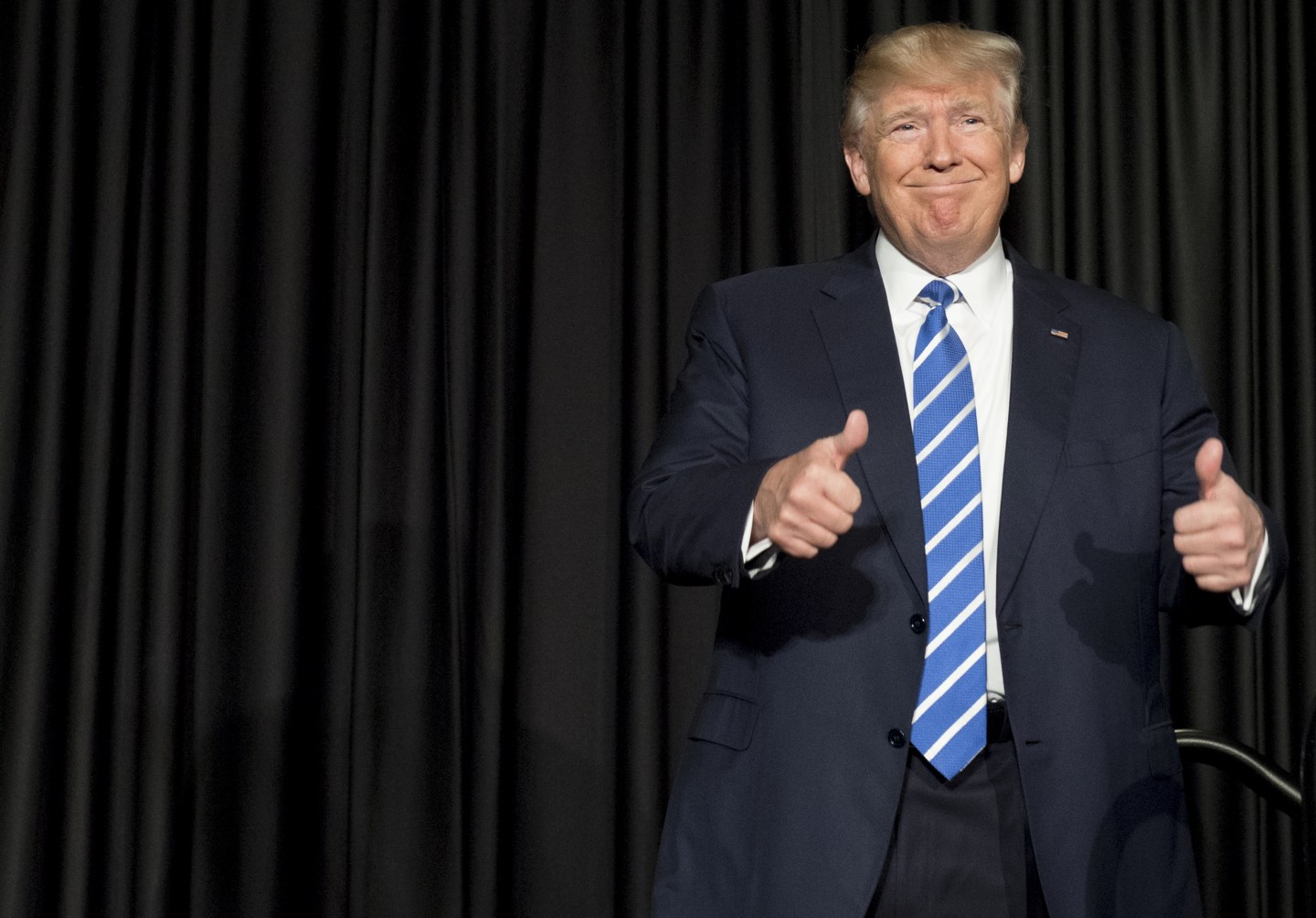 US President Donald Trump gives a double thumbs-up as he arrives to speak at the Major Cities Chiefs Association and Major County Sheriff's Association Winter Meeting in Washington, DC, February 8, 2017. US President Donald Trump on Wednesday lashed out at federal judges, calling them "so political" as an appeals court mulls whether to reinstate his controversial travel ban on refugees and nationals from seven mainly Muslim nations."I think our security is at risk today," Trump told a meeting of sheriffs from around the nation, as he defended his executive order, which was blocked nationwide by the federal courts a week after it went into effect. / AFP / SAUL LOEB (Photo credit should read SAUL LOEB/AFP/Getty Images)
Photograph by Saul Loeb—AFP/Getty Images

President Trump is in South Carolina Friday to take a tour of the Boeing company facility and speak at the unveiling of a new aircraft.

“Going to Charleston, South Carolina, in order to spend time with Boeing and talk jobs! Look forward to it,” the president tweeted Friday morning.

According to the White House, Trump will meet with Dennis Muilenburg, president and CEO of Boeing, before touring the South Carolina facility. Then he will deliver remarks at the unveiling of the new Boeing 787 Dreamliner aircraft.

The president’s visit follows a failed union drive at Boeing’s aircraft plant in Charleston last Wednesday when almost three-quarters of workers who voted rejected a bid to join the International Association of Machinists and Aerospace Workers.

Trump’s statement is due to begin at 1:05 pm ET. Watch the live stream here.