News Outlets Wrestle With Whether to Stop Interviewing Trump Advisers 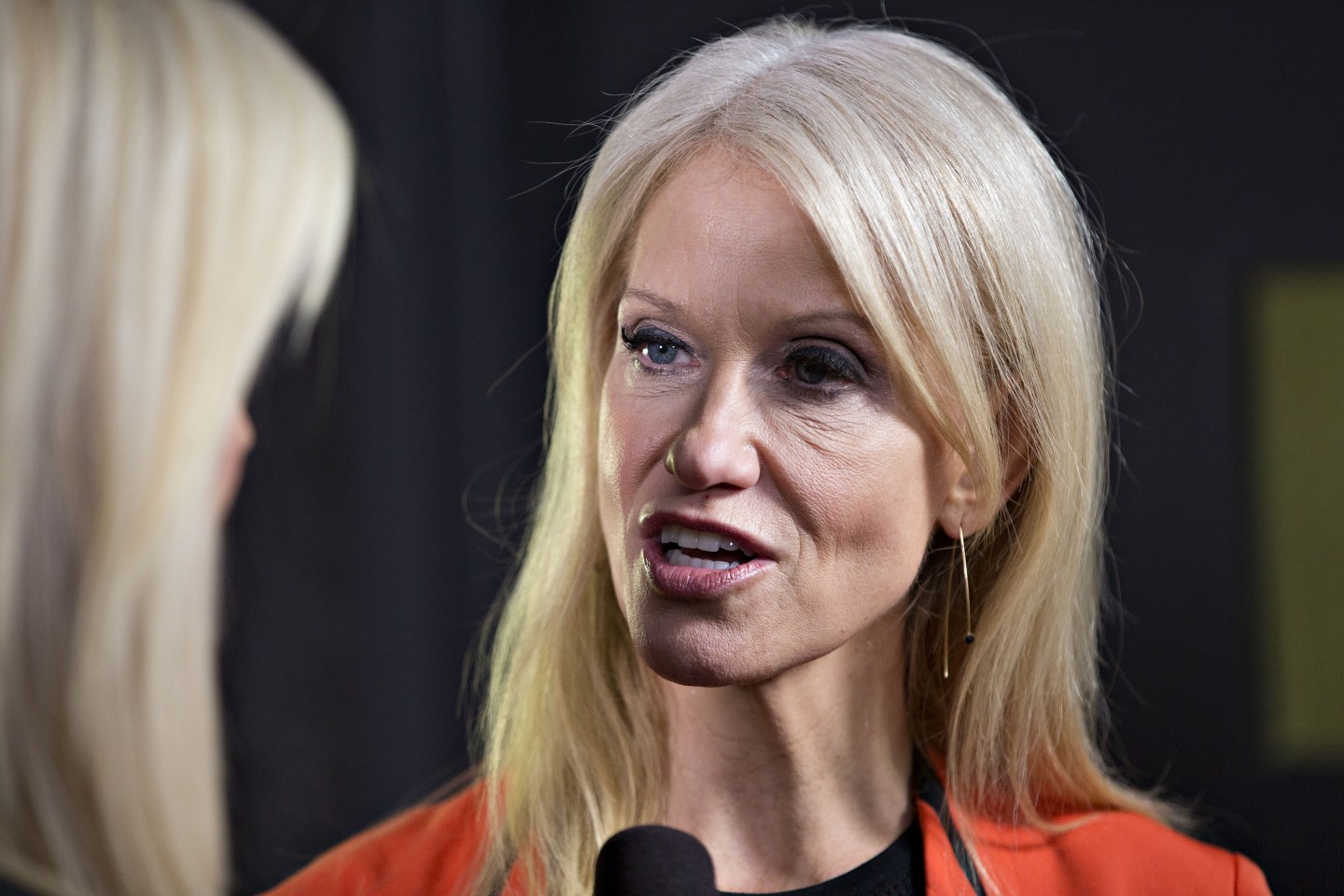 Almost every day we get new evidence that the relationship between the Trump administration and the mainstream media is becoming strained almost to the breaking point, whether it’s the aggressive approach of press secretary Sean Spicer’s media briefings, or tweets from the president taking shots at the “failing New York Times.”

Amid that fractious environment, Trump adviser Kellyanne Conway has increasingly become a lightning rod for criticism from a number of media outlets because of what they say is her lack of credibility and penchant for making inaccurate statements.

On Wednesday, Mika Brzezinski, one of the hosts of Morning Joe on CNBC (CMCSA), said that Conway would no longer be welcome on the show because “she’s just not credible any more.” Co-host Joe Scarborough said that Conway “goes out and lies, and you find out about those lies a couple hours later.”

CNN (TWX) at one point said it would not book Conway for interviews because of what it called “serious questions about her credibility,” although it appears to have relented since. And other networks have said they are reluctant to book Conway for similar reasons.

. @KellyannePolls was offered to SOTU on Sunday by the White House. We passed. Those are the facts.

Morning Joe‘s decision reignited the debate over whether news outlets should interview Conway at all, a debate that initially sprang up after she referred to the administration’s use of “alternative facts” on topics like the size of the crowd at Trump’s inauguration.

Conway has since added fuel to the fire by referring in an interview to the “Bowling Green massacre,” an alleged terrorist incident that never occurred. Conway said that her reference to this non-event was a slip of the tongue, but observers pointed out that she had spoken about it a number of times before.

The debate about having Trump spokespeople on news programs isn’t confined to Conway. Margaret Sullivan of the Washington Post made a similar argument in a recent column about Trump’s senior policy adviser, Stephen Miller, who went on a number of talk shows and repeated the administration’s dubious claims about voter fraud. Sullivan asked:

Should proven liars continue to be given these platforms, especially on the Sunday-morning talk circuit? At what point are some administration officials no longer welcome in these influential national forums?

As both John Dickerson of CBS’s Face the Nation and George Stephanopoulos of ABC’s This Week noted in interviews with Sullivan, however, having Trump spokesmen and advisers on their programs is a crucial part of their journalistic responsibility in reporting on the Trump administration and its policies and behavior.

“If they are representatives of the White House, then the bias should be for taking them on the air,” Dickerson said. A journalist’s job, he suggested, is then to challenge their statements and provide context, and allow viewers to make up their own minds.

Stephanopoulos, who challenged Miller on his statements about voting fraud, also argued that having him on was worthwhile because it’s important for viewers to see and hear the president’s advisers. “Miller was elaborating on the president’s own assertion,” he said. “It’s critical for us to hold the president accountable.”

As seductive as Sullivan’s advice might be for those who see Conway and Miller as the enemy, however, the problem for news outlets that choose to ban them from being interviewed is that this approach will only help convince Trump supporters and critics of the mainstream media that the press is biased against them and the president.

In other words, this approach might soothe the pride of media outlets who feel they have been cast out by the White House and are trying to recapture their former glory, but it won’t help reach those who put Trump in the White House in the first place. And it plays into Trump strategist Steve Bannon’s claim that the press is “the opposition party.”

There’s also an argument to be made that if Conway and Miller and other Trump associates are speaking untruths or making up facts, it’s better to have them say so publicly in a forum where they can be challenged and where viewers can see them being challenged, rather than shunning them. As the old saying goes, sunlight is the best disinfectant.