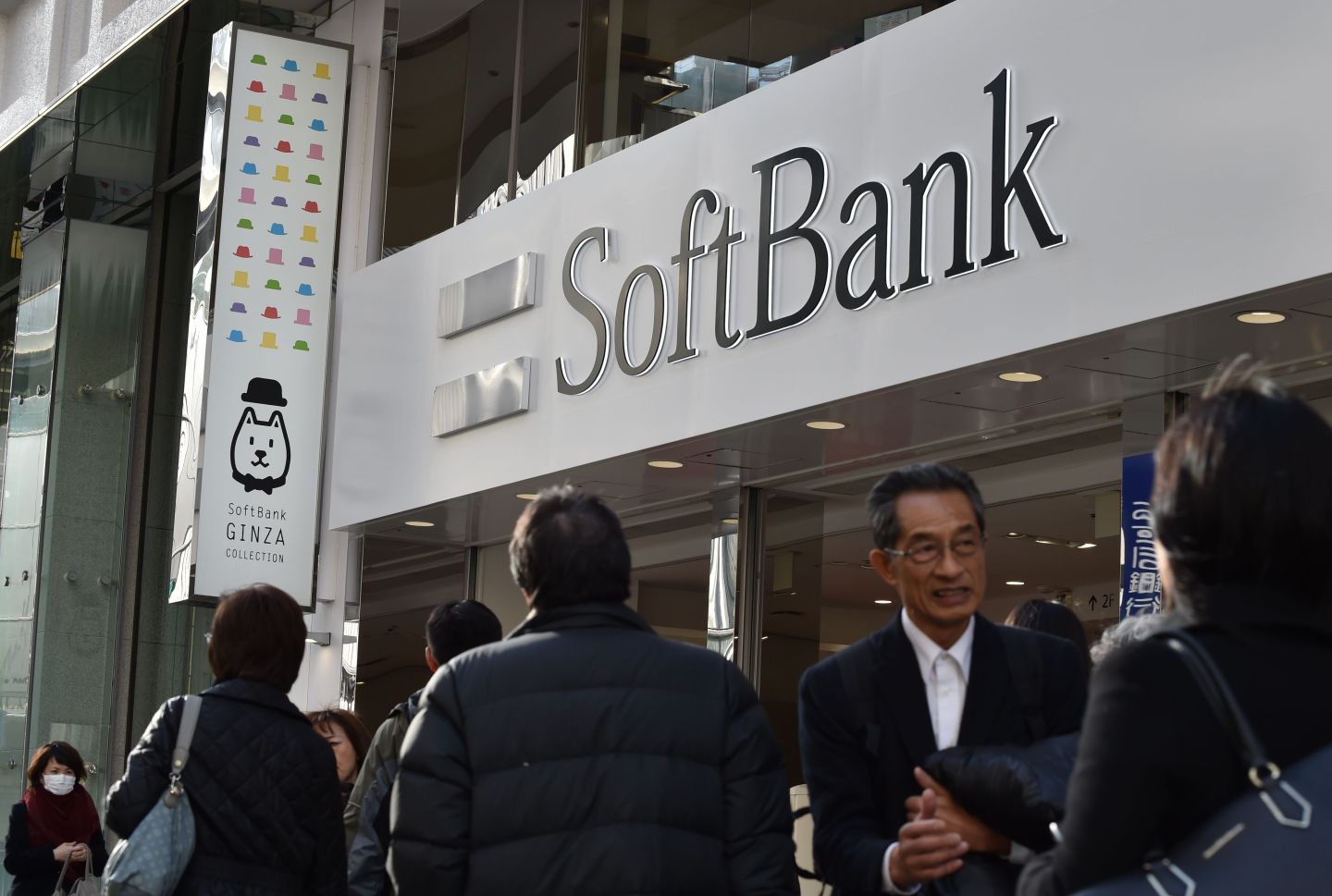 The logo of Japanese mobile provider SoftBank is displayed at an entrance of a shop in Tokyo's shopping district Ginza on February 8, 2017. SoftBank said February 8 its nine-month net profit doubled, thanks to one-time gains including the sale of some of its stake in Chinese e-commerce giant Alibaba. / AFP / KAZUHIRO NOGI (Photo credit should read KAZUHIRO NOGI/AFP/Getty Images)
KAZUHIRO NOGI—AFP/Getty Images

Japan’s SoftBank Group (SBHGF) on Wednesday said it has agreed to buy Fortress Investment Group (FIG) for about $3.3 billion, looking to add investment expertise as it prepares to launch the world’s largest private equity fund.

The all-cash deal is SoftBank’s first major cash injection in an investment fund and represents another unpredictable gambit for a group that has to date focused on telecoms and technology.

It comes after founder Masayashi Son made the surprise announcement in October that SoftBank is teaming up with Saudi Arabia to set up a $100 billion technology fund.

The Fortress deal will likely help SoftBank in its move to financing investments with private equity cash instead of debt, said Gerhard Fasol of Eurotechnology Japan, a Tokyo-based consultancy.

“Son’s strategy appears to be to use Fortress’s know-how to move from debt financing to private equity. It’s a logical progression for the company,” he said.

It had $70 billion in investments under management at the end of September 2016, and is one of few global foreign investors with funds that are targeted at Japanese assets.

In the wake of the global financial crisis, Fortress bought bad loans in Italy and has a track record in Japan, where it bought hotels held by Lehman Brothers after the bank collapsed in 2008.

SoftBank’s Son said in a statement that the deal would “accelerate our SoftBank 2.0 transformation strategy of bold, disciplined investment and world-class execution to drive sustainable long-term growth.”

SoftBank executives were not available to comment further on the deal.

Though Fortress’ performance in Japan may have impressed SoftBank, its broader growth has been lackluster. The first among the major U.S. alternative asset managers to go public 10 years ago, Fortress was then valued at $14 billion.

Despite its diversification into a range of hedge fund strategies, from bitcoin to timber, Fortress failed to keep up with the growth in assets under management of bigger peers such as Blackstone (BX).

The companies said Fortress principals would continue to lead the investment manager, which will operate within SoftBank as an independent business, based in New York. Senior fund managers would also remain with the group, it said.

Fortress plans to maintain its current base dividend of 9 cents per share for the fourth quarter of 2016, the company said in a statement.

SoftBank shares rose 2%, compared with a 1% gain for the wider TOPIX index.