Harrison Ford Just Had a Near Miss at a California Airport 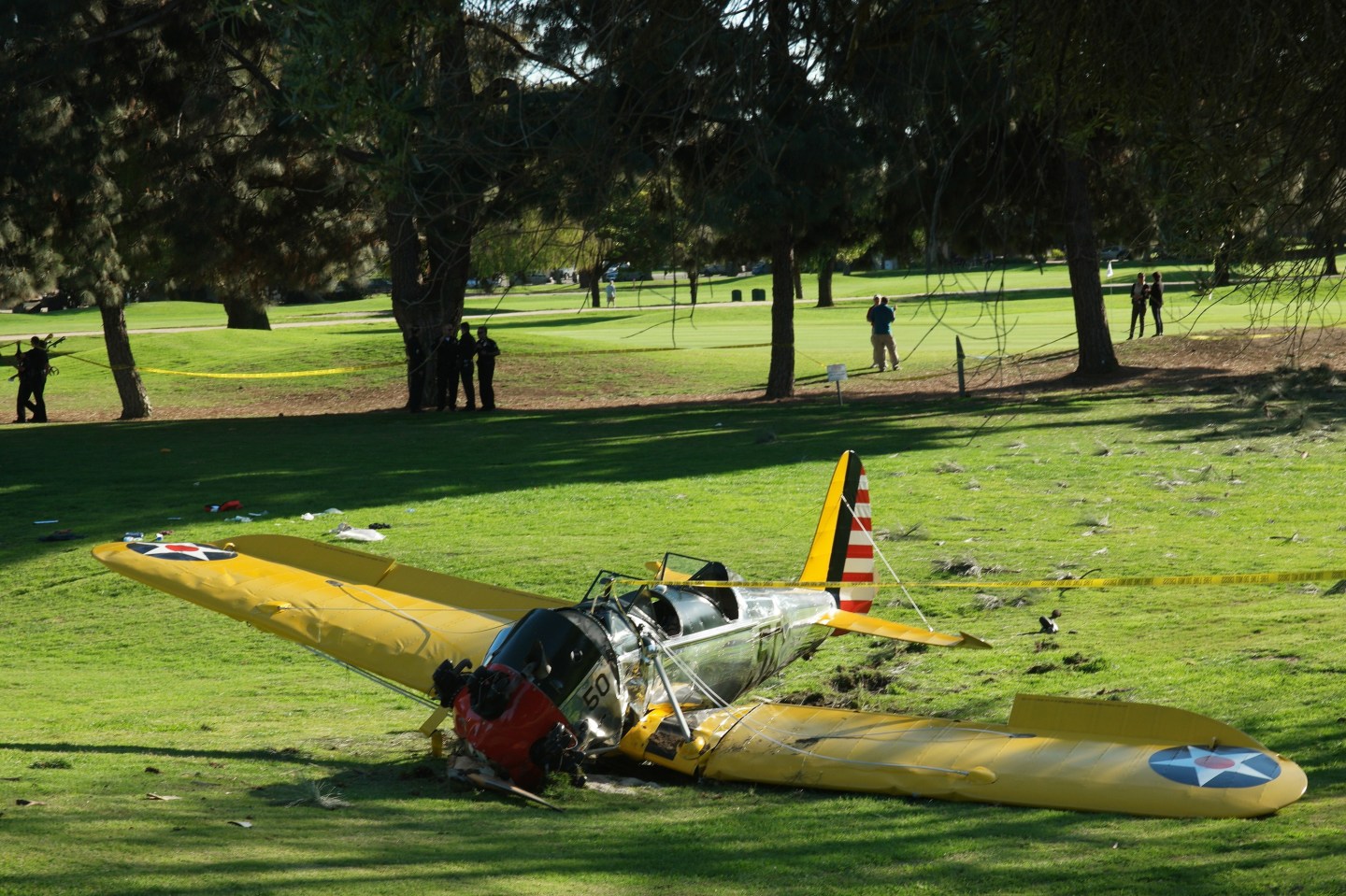 The small plane owned by US actor Harrison Ford is seen after crashing at the Penmar Golf Course in Venice, California. "Indiana Jones" actor Harrison Ford was injured March 5, 2015 when his small plane crashed onto a golf course outside Los Angeles, the TMZ celebrity news website reported. The 72-year-old suffered multiple gashes to his head and was left bleeding after the crash of a vintage two-seater plane, it reported, publishing a picture of the downed plane, its nose cone ripped open. An LA Fire Department spokesman, who did not identify Harrison, said the pilot of a single-engine plane was critically injured in the crash. No more details were immediately available. AFP PHOTO / JONATHAN ALCORN (Photo credit should read JONATHAN ALCORN/AFP/Getty Images)
JONATHAN ALCORN AFP/Getty Images

Fun fact: if you’re a passenger on an airliner, you’re more likely to be hit by Harrison Ford than by a drone.

Ok, not really. But the 74 year-old Hollywood legend has just gotten himself into another scrape while indulging his passion for flying.

NBC News reported that on Monday Ford’s single-engine Aviat Husky narrowly avoided colliding with an American Airlines 737 at John Wayne Airport in Orange County, Calif., after he tried to land on the airport’s taxiway instead of its runway (thereby violating Federal Aviation Administration safety rules).

The 737, Flight AA1456 to Dallas, left a few minutes later without any further incident, according to NBC.

“Was that airliner meant to be underneath me?” Ford reportedly asked of air traffic controllers.

It’s less than two years since the Star Wars and Indiana Jones star crash-landed a World War II-era plane on a Santa Monica golf course after its engine failed, in an incident where he drew plaudits for steering it away from an inhabited area close by. Ford was seriously injured in that crash.

NBC said the incident has prompted an FAA investigation, which could result in anything from a slap-on-the-wrist warning letter to a suspension of Ford’s license.

Or maybe a request that he just get Chewie back in to do the navigating.