Wind Power Has Crossed a Significant Milestone in America 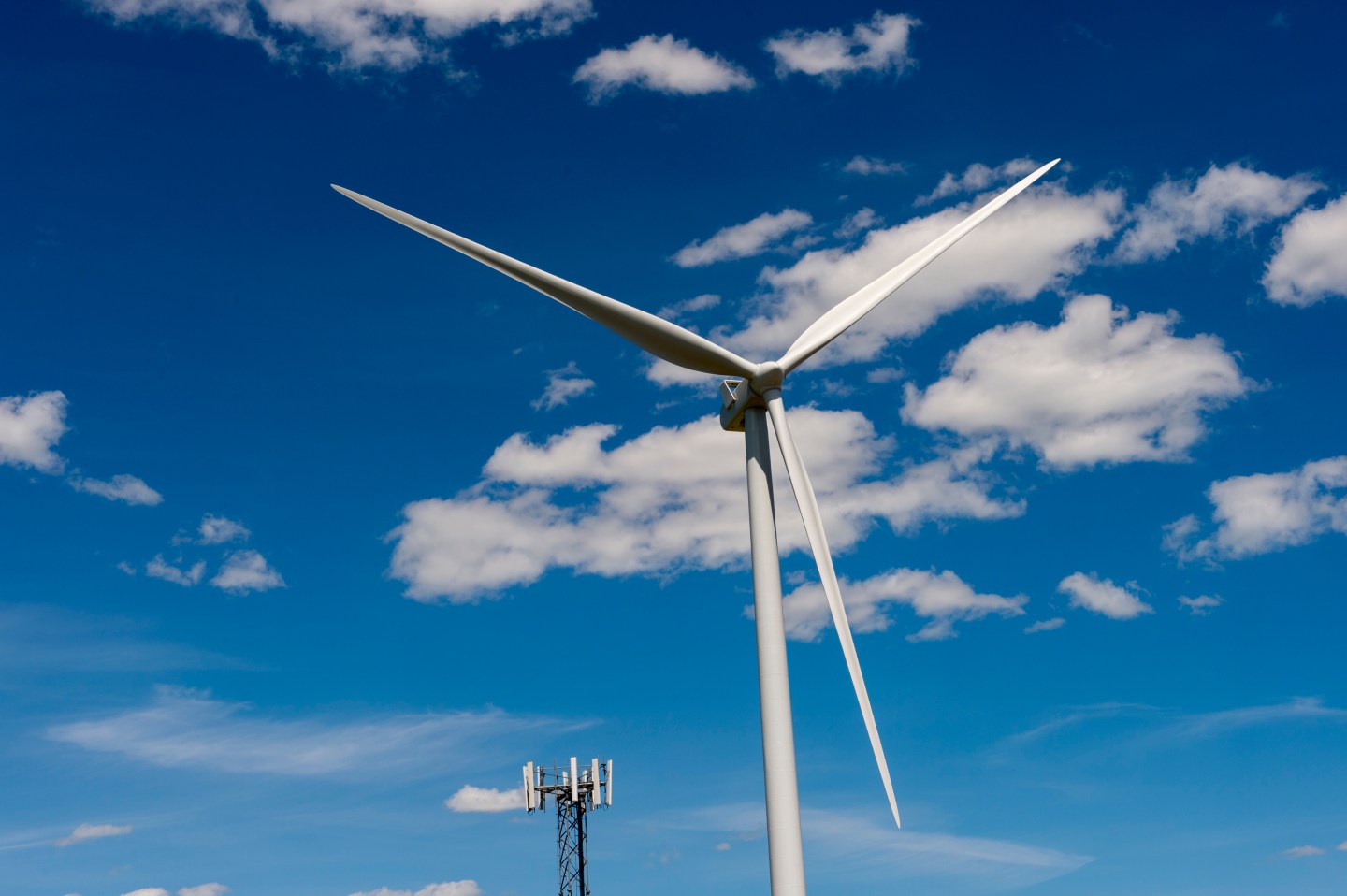 SPP coordinates the flow of electricity on the high voltage power lines from Montana and North Dakota to New Mexico, Texas and Louisiana.

Wind power in the SPP region has grown significantly to over 16,000 MW currently from less than 400 megawatts in the early 2000s and is expected to continue growing. One megawatt can power about 1,000 homes.

“Ten years ago, we thought hitting even a 25 percent wind-penetration level would be extremely challenging, and any more than that would pose serious threats to reliability,” SPP Vice President of Operations Bruce Rew said in a statement.

“Now we have the ability to reliably manage greater than 50 percent wind penetration. It’s not even our ceiling,” Rew said.

Wind power briefly reached 52.1 percent at 4:30 a.m. local time on Sunday, SPP said on Monday, beating the previous penetration milestone of 49.2 percent. Wind penetration is a measure of the amount of total load served by wind at a given time.

Currently, wind is the third biggest source of generation in the SPP region, making up about 15 percent of capacity in 2016 behind natural gas and coal. This is the first time that wind was even briefly more than 50 percent of the source of electric power at any U.S. grid, according to SPP.

“With a (generation) footprint as broad as ours, even if the wind stops blowing in the upper Great Plains, we can deploy resources waiting in the Midwest and Southwest to make up any sudden deficits,” Rew said.

Of the 11 states that received more than 10 percent of their power from wind in 2015, the top five are Iowa at 31 percent, South Dakota at 25 percent, Kansas at 24 percent, Oklahoma at 18 percent and North Dakota at 18 percent, all at least partially located in the SPP grid, according to the U.S. Energy Information Administration.

Some of the biggest wind farms in the grid are operated by units of Sempra Energy, BP Plc, EDP Energias de Portugal SA, Southern Co and NextEra Energy Inc.