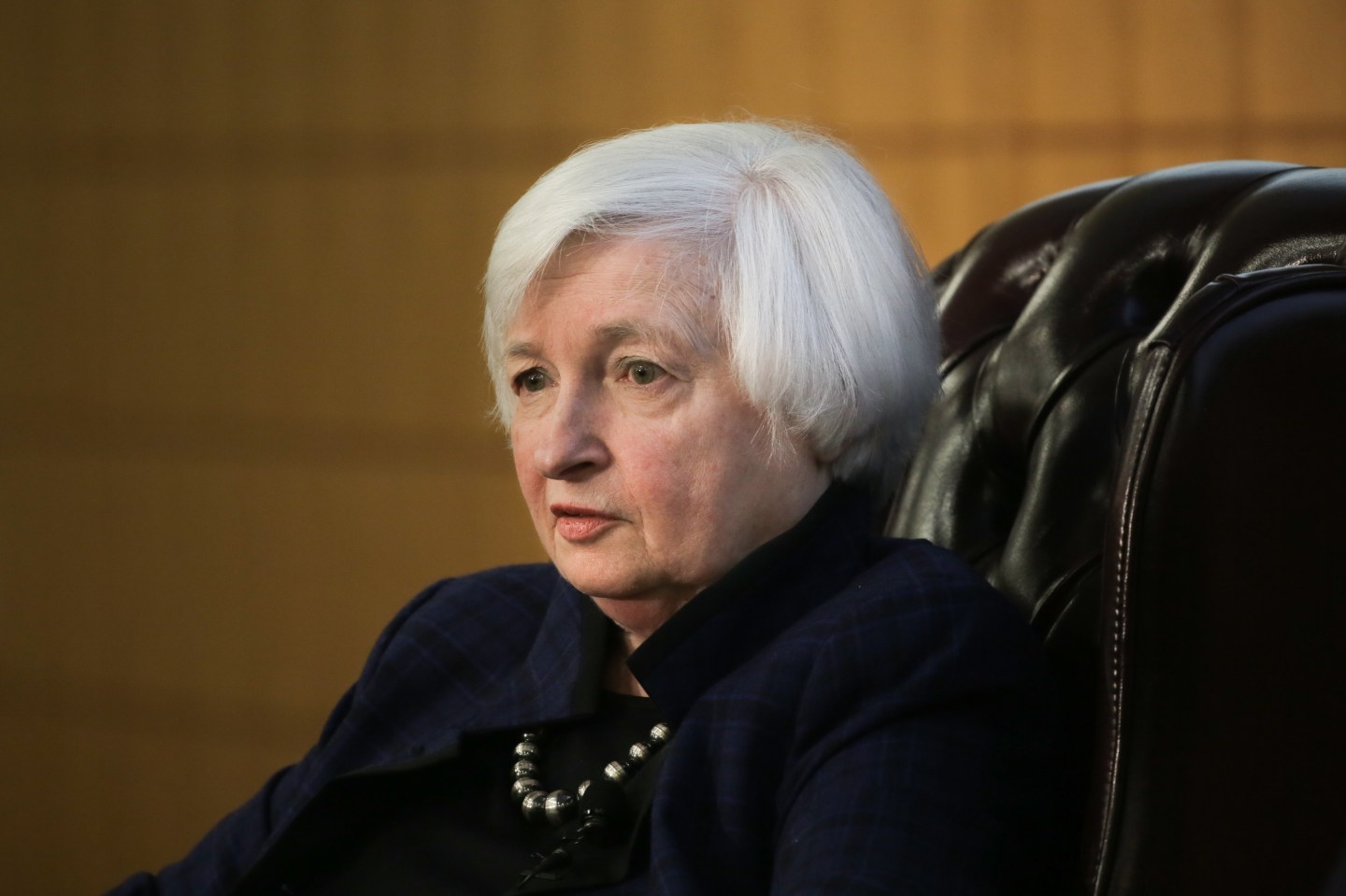 Federal Reserve Chair Janet Yellen goes to Congress on Tuesday for the first time since Republicans took control of the White House and both houses of the legislature with less clarity on the direction of U.S. economic policy than at any time of her three-year tenure.

The details of President Donald Trump’s economic policies remain largely unknown. He has announced a rollback of financial regulation with few details and there is no clarity on the size, scope and timing of the tax cuts he has promised.

Possible new taxes on imports and increased infrastructure spending could boost inflation and send the dollar soaring, uncertainties that make it unusually difficult for the Fed to chart a course for interest rate policy.

Get Trumponomics Daily, Fortune’s daily newsletter on Trump’s Washington and its impact on business.

“There is quite significant uncertainty about what’s actually going to happen, I don’t think anyone quite knows,” Fed Vice Chair Stanley Fischer said on Saturday.

Even at the best of times, the Fed’s ability to see shifts in the economy is limited. In 2012 it said that interest rates would start to rise in 2014 but policymakers waited until December 2015 for their first rate hike. A forecast of four interest rate rises in 2016 turned out to be one.

Yellen is due to give semi-annual testimony before the Senate Banking Committee on Tuesday at 10 a.m. EST. She will address the House Financial Services Committee on Wednesday.

The American economy is now, by many estimates, around what the Fed considers to be “full employment,” inflation has ticked up to 1.6% and the economy grew 1.6% last year.

Based on the Fed’s economic projections for this year, it could raise interest rates three times in 25 basis-point steps.

Little was changed in the central bank’s Feb. 1 policy statement, a reflection of how little insight Fed officials have into Trump’s policies.

“There are just a lot of ways this could go wrong, like spinning off toward a trade war,” said Jon Faust, a Johns Hopkins University economics professor and former special adviser to the Fed’s Board of Governors.

On Tuesday, Yellen will likely face renewed pressure from lawmakers to set rate policy with a publicly disclosed mathematical formula. The head of the financial services committee in the House of Representatives has said he will resubmit a proposal to make the Fed adopt a policy rule.

Yellen has publicly opposed the proposal, saying it would damage the Fed’s ability to respond to crises, but it could win traction in the central bank as Trump has a raft of appointments to make.

Trump can name members to the central bank’s Washington-based Board of Governors. There are currently two empty seats on the seven-member body, and Fed Governor Daniel Tarullo said on Friday he would resign around early April.

The president may also appoint a new chair as Yellen’s 4-year term as chair comes up in January 2018, while Fischer’s term as vice chairman ends in June of that year.