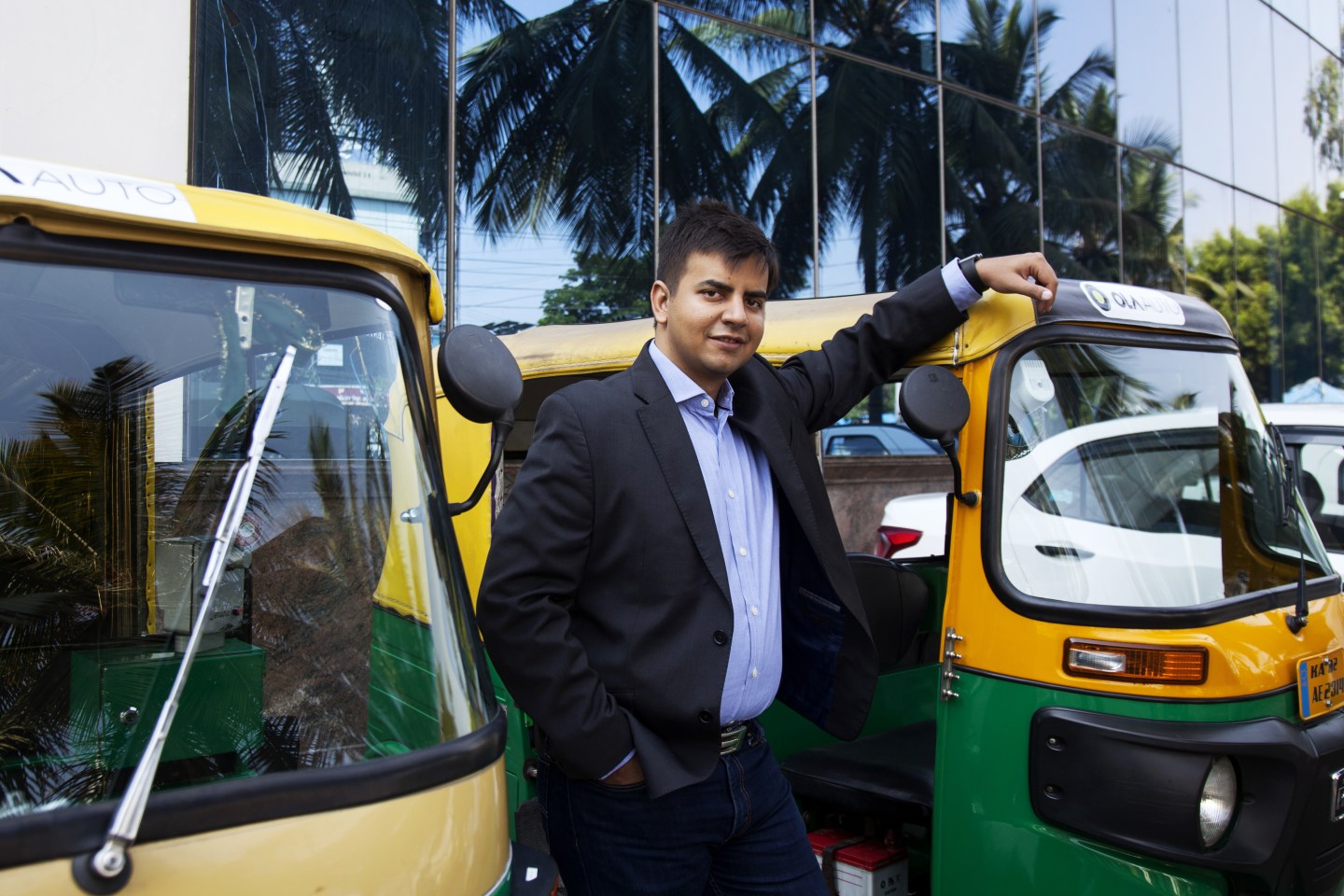 Bhavish Aggarwal, chief executive officer and co-founder of ANI Technologies Pvt., owners of ride-hailing service Ola, stands for a photograph in Bengaluru, India, on Saturday, May 7, 2016. Aggarwal is in a pitched battle with Uber Technologies Inc. for domination of India's streets. Photographer: Namas Bhojani/Bloomberg via Getty Images
Photograph by Namas Bhojani — Bloomberg via Getty Images

A strike in the Indian capital by thousands of Uber and Ola drivers demanding better pay has paralyzed the ride-hailing services that have grabbed business from traditional taxi and rickshaw operators with their cheaper fares.

Commuters faced delays for a fourth day even as the city-state’s government laid on extra buses to help them get to work, after drivers stopped taking bookings via the smartphone apps that connect them to nearby passengers. Some drivers reverted to only taking passengers from taxi stands or off the street.

It was the first big confrontation between the trade unions representing taxi drivers in the Delhi region of 25 million people and the two ride-hailing players, which have been ramping up services in India’s $12 billion taxi market.

Strike leaders said they were demanding an increase in incentives, provision of adequate insurance policies and shorter working hours.

“These companies are cheating us. They do not pay us on time and expect us to work like slaves,” said Jatindra Singh, a senior member of the New Delhi Taxi Union. Singh said 35 unions representing nearly 4,000 drivers were backing the strike.

Both Uber and Ola faced disruptions, with their apps showing ‘No Cars Available’ when attempts were made to book a ride near Connaught Place, in Delhi’s city centre, around midday on Monday.

“We’re sorry that our service has been disrupted and for any inconvenience this has caused,” an Uber spokesperson said in a statement.

“Serving riders, drivers and cities is core to our mission and we are working hard to ensure that drivers are able to get back behind the wheel and riders can get from A to B conveniently, reliably and safely.”

San Francisco-based Uber has focused on India as its most promising market outside the United States since it merged its Chinese operation into market leader Didi last year. It operates in 28 Indian cities and has 200,000 active drivers.

Homegrown rival Ola calls itself India’s most popular mobile app for transportation. It is present in 102 cities and offers rides in 450,000 vehicles.

The ride-hailing players face resistance from traditional, unionised taxi services and three-wheeler auto rickshaws, whose standard fares they are undercutting. Both taxi drivers and private “driver partners” often use both platforms to solicit rides.

Delhi’s Transport Minister Satyendar Jain ordered an increase in the frequency of bus services to help commuters get to work, and planned to meet the striking drivers on Tuesday in a bid to end the dispute.

“I am going to hear all the sides and then we will set new rules soon,” he told Reuters.