More Samsung Executives Could Be Arrested in South Korea 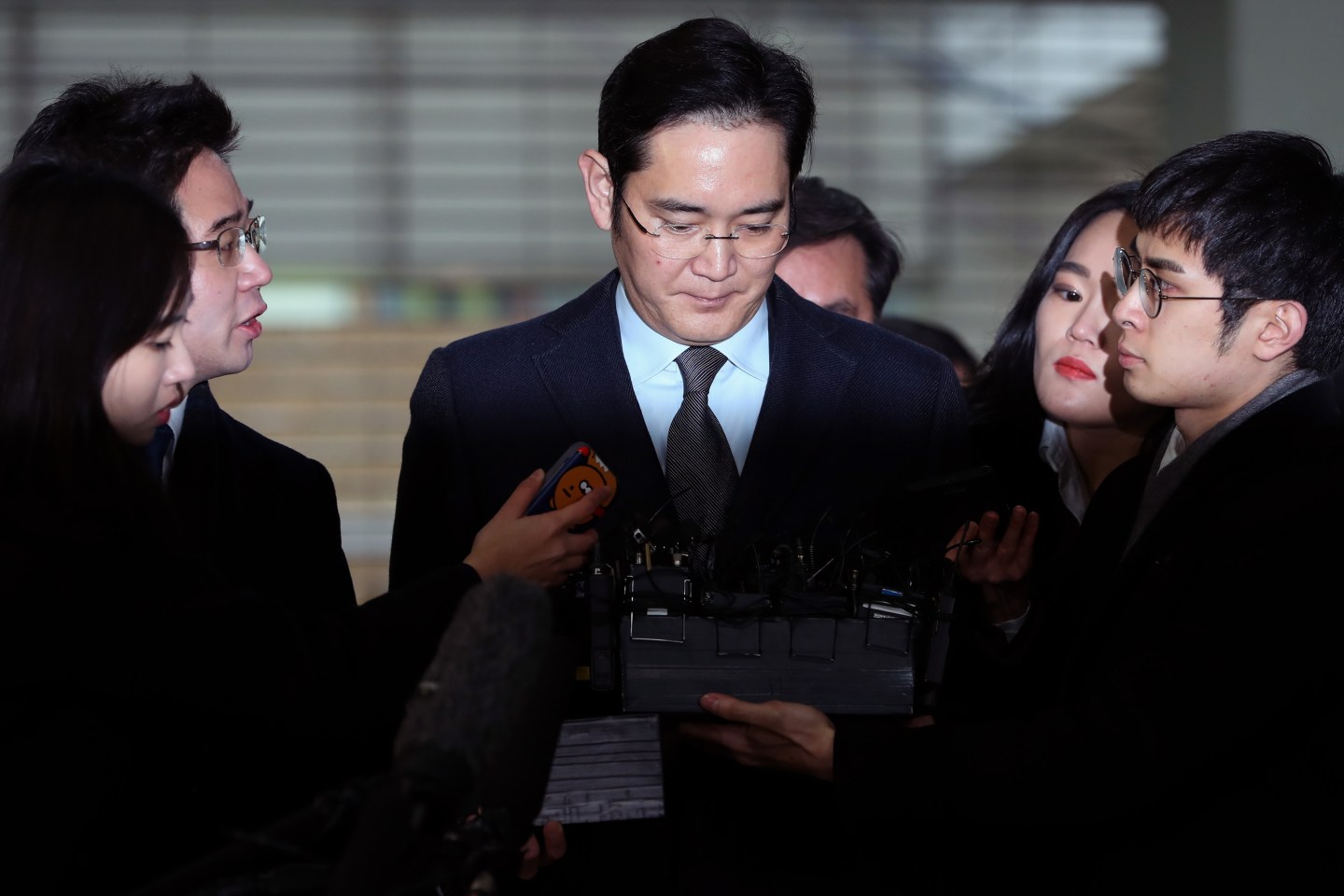 The South Korean special prosecutor’s office said on Monday it will decide whether to seek arrest warrants for more Samsung Group executives amid a widening influence-peddling scandal that could topple President Park Geun-hye.

Special prosecution spokesman Lee Kyu-chul told reporters four executives other than Jay Y. Lee, head of South Korea’s top conglomerate, have been identified as suspects and a decision on whether to seek their arrest would be made after questioning.

Prosecutors had previously said they would not seek arrests for any Samsung officials other than Lee, who is being questioned for the second time on suspicions that he pledged 43 billion won ($37.30 million) to a business and organizations backed by Park’s friend, Choi Soon-sil, in exchange for support for a 2015 merger of two Samsung units.