How To Get Your Team To Own Their Mistakes 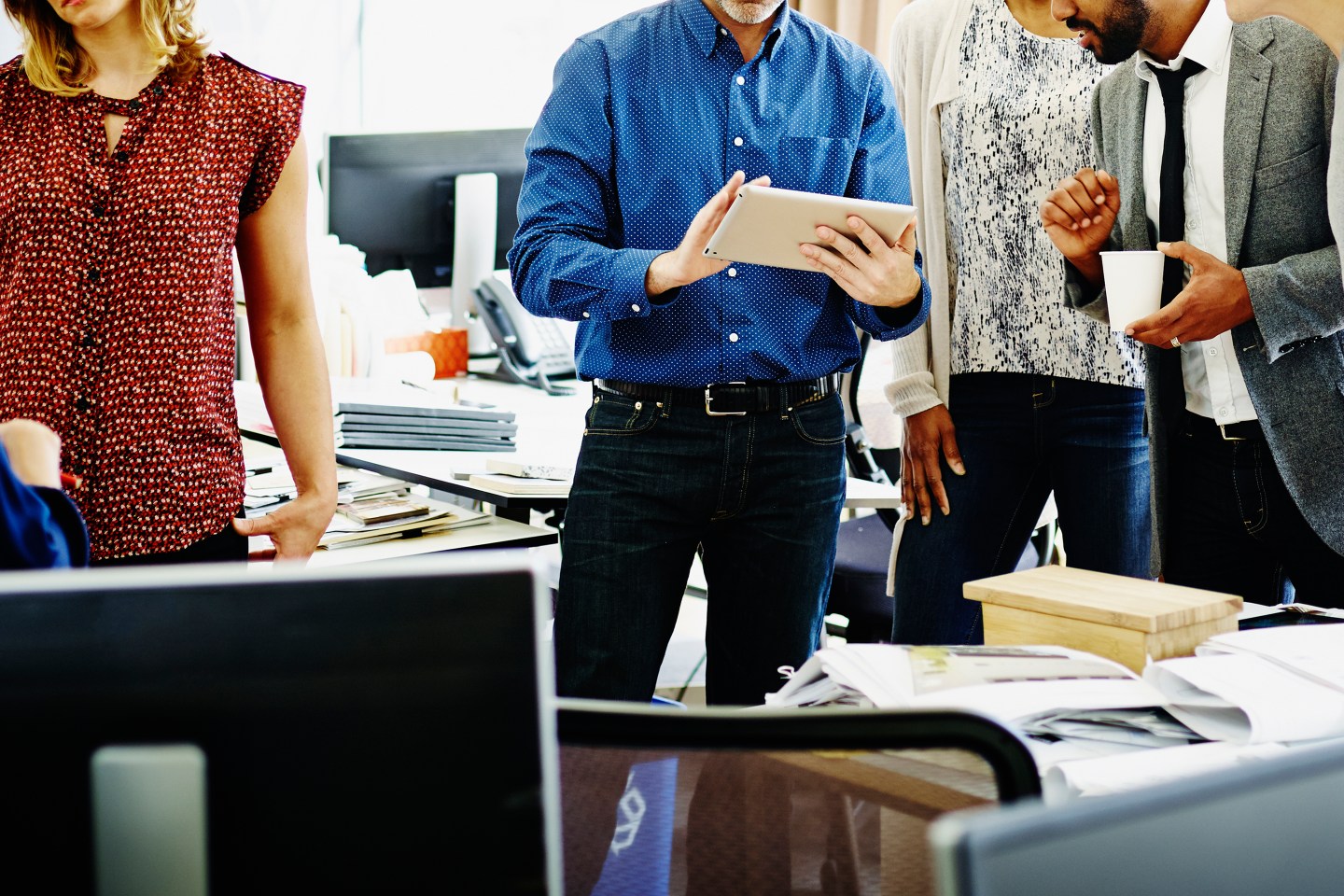 The MPW Insiders Network is an online community where the biggest names in business and beyond answer timely career and leadership questions. Today’s answer for, “What advice would you give to women who hope to make it to the C-suite?” is written by Caryl M. Stern, President & CEO of the U.S. Fund for UNICEF.

In 1985,I accepted the role of Dean of Students at Polytechnic University at the age of 28.Professionally, this was a big step up, and I was thrilled to be given the opportunity to take on the challenge. The day after I accepted the job, a major New York newspaper ran an article about my new role, highlighting that I was the first female dean of the school since its founding and my appointment meant that a “major sex barrier had fallen.”

I feel proud of my accomplishments, but women still have a long way to go before achieving workplace equality. During the past 30-plus years as a child advocate and civil rights activist, I’ve learned many lessons on leading a successful organization, including the best three pieces of advice I would give to a young woman looking to rise to the top at her organization.

One of the biggest lessons for me in leadership is the realization that I have neither the knowledge nor capacity to do it all alone. I highly recommend that young women should identify women in the workplace and other networks who are motivated, strong and share their same vision. Of all places, I learned this lesson while I was in Darfur, Sudan with UNICEF Ambassador Dayle Haddon to visit camps where families had been displaced. There, a group of women gathered to come up with a way to build a center where they could come together, share child care responsibilities, and make it possible to get their other work accomplished. Together, they designed the center using their feet as measuring tools and learned how to make bricks from scratch. It amazed me how much these women supported each other.

I think of the joy on their faces when their task was completed every time I turn to my own circle of female colleagues, friends and mentors. My relationships with business women in other companies such as Lucasfilm, HSNi, L’Oréal, Gucci, Full Picture and Barneys New York have led to partnerships that have shaped the U.S. Fund for UNICEF’s strategy to put Children First. Having a support network to turn to for honest feedback and support makes you believe in the impossible.

Be true to yourself

Not only should you be honest with others, but you should also be true to yourself and your values. When the news that I was Polytechnic’s first female dean hit me, I initially approached the job thinking I had to be one of the boys. An older woman I worked with took me aside and reminded me that if they had wanted to hire another man, they would not have hired me.

As you climb the ladder, people are either going to like you or not. I’ve carried this lesson with me throughout my career, especially in my current role as President and CEO of the U.S. Fund for UNICEF. I speak up, and let my staff know where I stand, and I expect them to speak up and know that I will listen. If you create an environment of honesty and openness, there’s less room for ambiguity and indecision.

Hone your sense of humor

I think whoever first said that laughter is the best medicine was likely a boss. While studying for my doctorate, I worked as a residence hall director at DePaul University. I learned quickly that when the noise of my students woke me up in the middle of the night, they quieted down more quickly when I used humor to restore order. It allowed me to get to know my students more quickly and to create an atmosphere in which they could own up to their mistakes instead of denying them. This has held true in my office as well. Recognizing that I will spend more time at work than almost anywhere else makes having a sense of humor an absolute necessity. Humor is an asset for a leader of any organization.

Unfortunately, although I have seen a great deal of progress in the workplace, as women, we still have to wear our resumes on our sleeves most of the time. We are frequently forced to prove our worth – to show our strength while balancing our femininity – to affirm our credentials. Perhaps this will change someday, but in the meantime, my advice is to surround yourself with women you admire – show them who you are, celebrate your successes, lift each other up during failures and find lots to laugh about together.