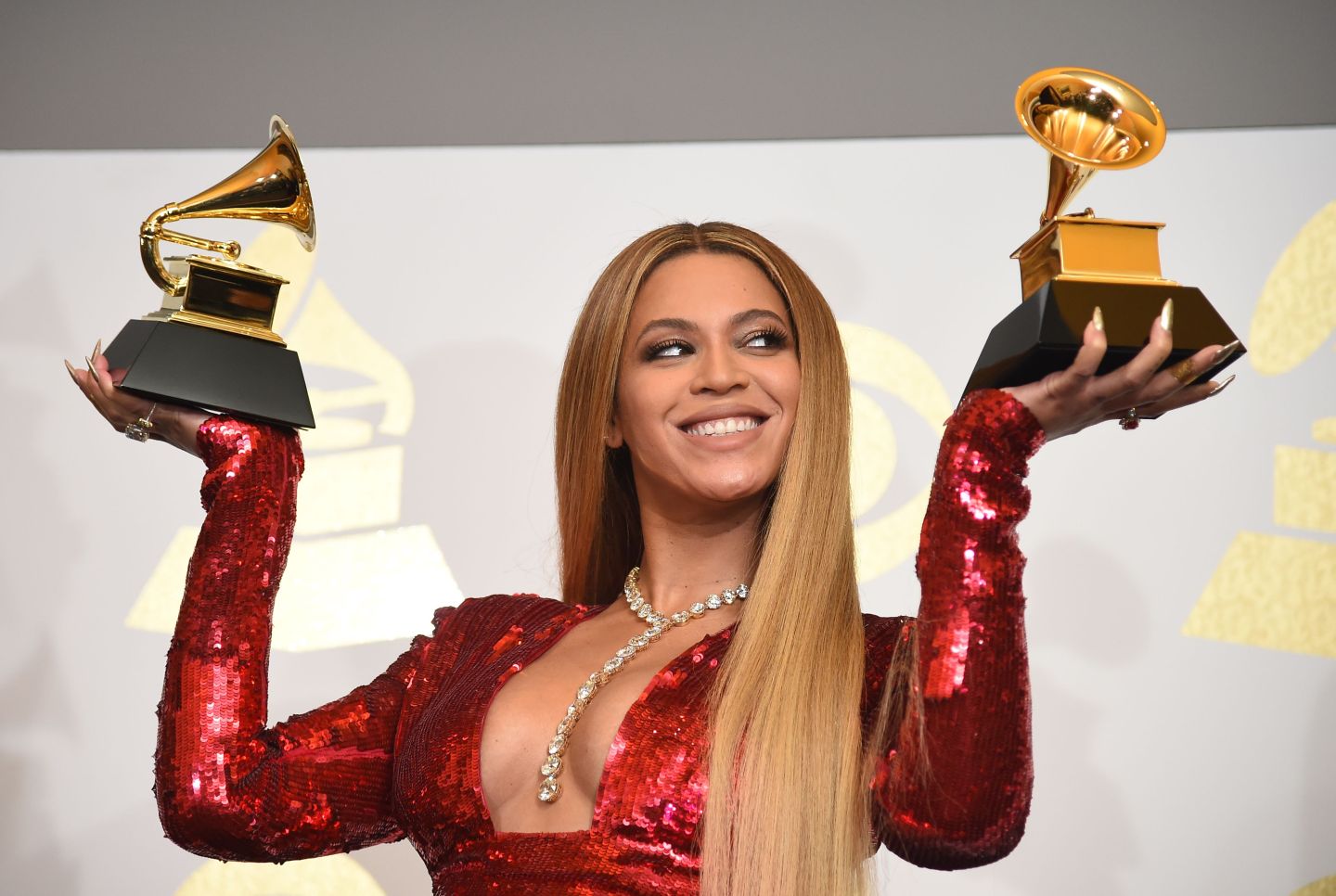 More than 26 million people tuned in to watch the Grammys on a night touting highly-anticipated live performances from pop stars such as Beyoncé and Adele, according to Nielsen figures reported by CBS. The telecast included multiple moments that created an online stir, such as an epic, nine-minute performance from a very pregnant Beyoncé that elicited awestruck reactions from her fellow celebrities on social media.

The CBS (CBS) telecast’s ratings marked a 4.4% bump from 2016, when just under 25 million people watched the show.

CBS released the total viewership numbers on Monday afternoon, after preliminary ratings from Nielsen showed a 16.0 rating for Sunday’s Grammys telecast, which was down slightly from the 16.1 rating notched by last year’s Grammy Awards. Viewership for last year’s show was down about 1.4% from 2015, marking a seven-year low. This year’s show was the most-watched Grammy Awards since viewership topped 28 million in 2014.

Ratings for the annual Grammy Awards had been declining steadily for several years. And, while this year’s show saw a decent uptick in viewers, Sunday’s ratings still fall well short of past years. As recently as 2012, the Grammys telecast pulled in nearly 40 million viewers.

The Grammys are typically still the second most-watched awards show each year, behind the Academy Awards. However, awards show ratings in general have fallen in recent years, with the Oscars hitting an eight-year low last February with just over 34 million viewers.

Grammys host The Recording Academy tried to stir up excitement over last night’s show with a long list of high-profile performances and musical tributes. British singer Adele performed an emotional tribute to the pop star George Michael, who died at the end of 2016. In another viral moment, Adele stopped and restarted that performance after a few bars due to some initial technical difficulties. Adele was also the night’s biggest winner, taking home awards in three of the four major categories (minus Best New Artist, for which she wasn’t eligible), including Album of the Year, Song of the Year, and Record of the Year for 2015’s 25.

In addition to Adele’s tribute to George Michael, pop singer Bruno Mars dressed in purple and performed the song “Let’s Go Crazy” as a tribute to Prince, who also died last year.

CBS also offered a live stream of the Grammy Awards telecast through its subscription streaming service CBS All Access. The company did not provide specific numbers regarding the number of people who streamed the Grammys last night, but the network said that CBS All Access set a new record for daily sign-ups.