Adele and Beyonce Feel Very Differently About Being Mothers 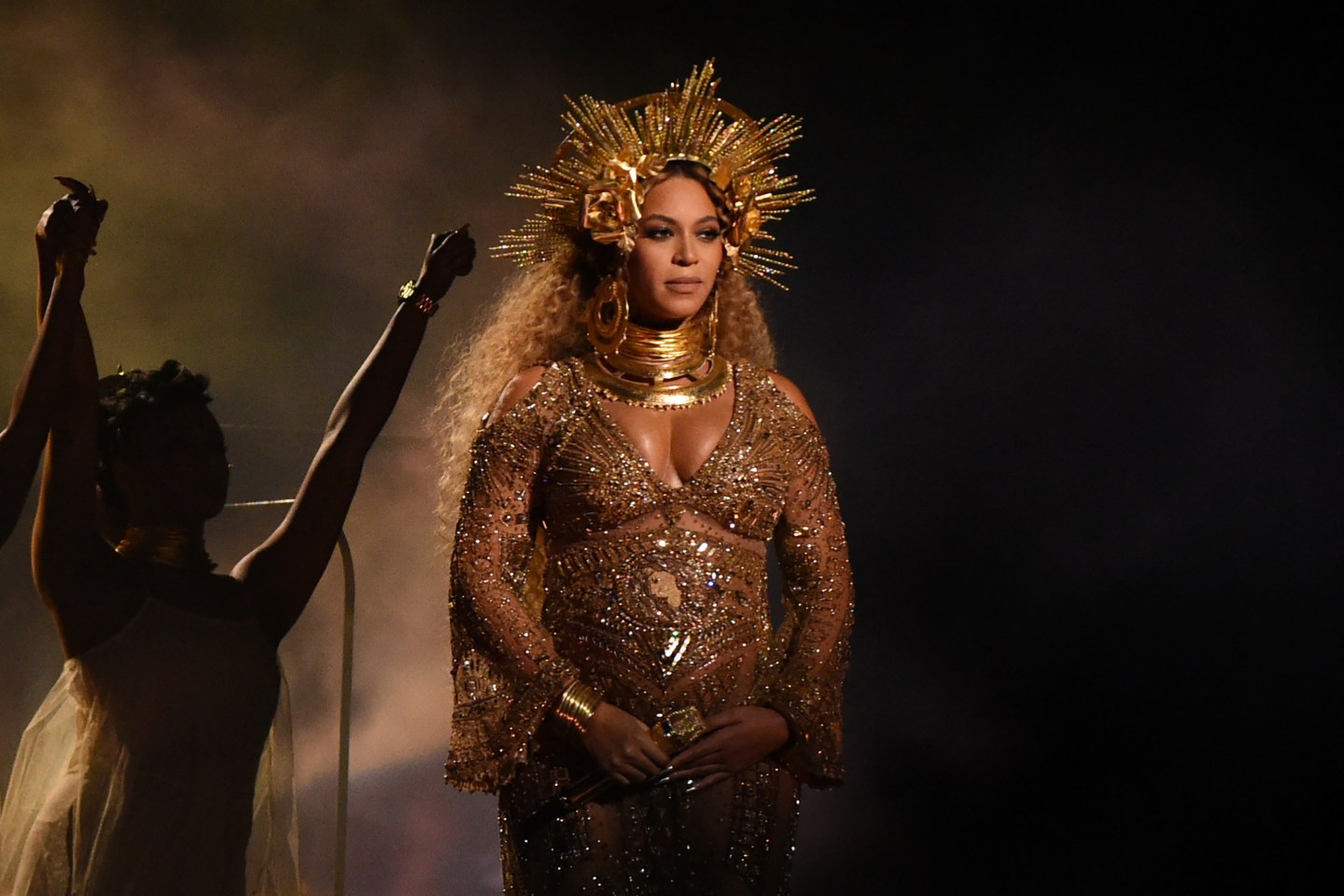 The reigning queens of pop have two very different takes on motherhood.

Sunday night’s Grammy Awards were all about women—and in particular, about mothers. Adele, who won a total of five awards including album of the year for 25 and both record and song of the year for the hit “Hello,” used her acceptance speech to talk about being a mom. The singer noted that she was pregnant the last time she stood on stage accepting the golden gramophone, and that the experience of being a new mother has been a “struggle”—one that prompted her to take some time off from making music:

As you can see it took an army to make me strong and willing again enough to do it. But thank you all from the bottom of my heart. Five years ago, when I was last here, I also was pregnant, and I didn’t know. And I was awarded that shortly after—I found out shortly after, which was the biggest blessing of my life…And in my pregnancy and through becoming a mother I lost a lot of myself. And I’ve struggled, and I still do struggle being a mom. It’s really hard. But tonight winning this kind of feels full-circle, and like a bit of me has come back to myself.

This is not the first time Adele has spoken about the challenges of motherhood. In a lengthy interview with Vanity Fair last December, the singer talked about her struggle with postpartum depression and about trying to balance work with family in general: “I felt very inadequate; I felt like I’d made the worst decision of my life,” she told the publication. “I never feel guilty when I’m not working. You’re constantly trying to make up for stuff when you’re a mom.”

Adele’s speech stood in sharp contrast to the evening’s other major star, Beyonce, who was up against Adele in all major categories and in the end won an award for Best Urban Contemporary Album for Lemonade and Best Music Video for her song “Formation.” After being introduced by her own mother, Tina Knowles-Lawson, Beyonce launched into a spoken-word rendition of her song, “Accountability,” which pays tribute to maternity:

After accepting her two awards, Beyonce too spoke about what her growing family means to her as an artist.

It’s important to me to show images to my children that reflect their beauty, so they can grow in a world, where they look in the mirror, first with their own families as well as in the Super Bowl, the Olympics, the White House and the Grammys and see themselves…This is something that I want for every child of every race, and I feel that it’s vital that we learn from the past and recognize our tendencies to repeat our mistakes.

Earlier this month, the pop diva announced on Instagram that her family “will be growing by two,” before releasing images from her pregnancy photo shoot, in which she is adorned in flowers and crowns. Unlike Adele, she says she relishes being a mother and doesn’t seem to share the same anxieties. “Right now, after giving birth, I really understand the power of my body,” she told Vogue in March 2013. “I just feel my body means something completely different. I feel a lot more confident about it. Even being heavier, thinner, whatever. I feel a lot more like a woman. More feminine, more sensual. And no shame.”

We would like to share our love and happiness. We have been blessed two times over. We are incredibly grateful that our family will be growing by two, and we thank you for your well wishes. – The Carters