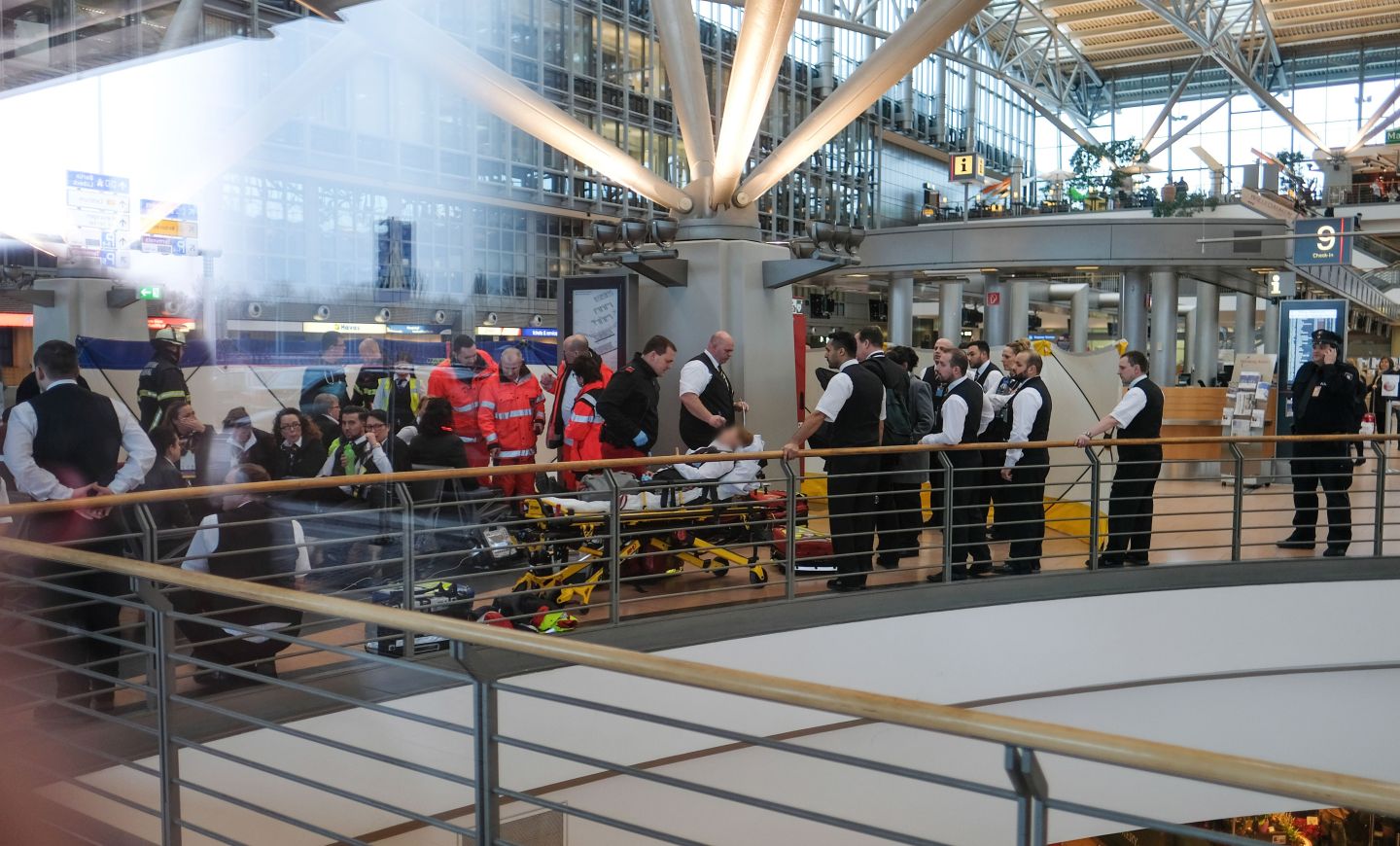 Firefighters take care of a person on a stretcher inside Hamburg airport on February 12, 2017 in Hamburg, northern Germany, as German emergency services evacuated the airport after people reported an unusual smell as well as respiratory ailments and watering eyes. "The airport has been completely closed" since 1132 GMT, said Maik Lewerenz of the federal police office at the airport. / AFP / dpa / Axel Heimken / Germany OUT (Photo credit should read AXEL HEIMKEN/AFP/Getty Images)
AXEL HEIMKEN AFP/Getty Images

German authorities on Sunday briefly closed the airport in the northern city of Hamburg after a discharge of a corrosive substance caused eye irritation and breathing difficulties among 50 people in a security check area, a police spokeswoman said.

Firefighters and ambulances were rushed to the scene after the incident, which occurred in an area where passenger luggage is scanned by security staff.

Firefighters are trying to determine the source of the discharge and the nature of the corrosive substance.

Lightly dressed passengers were rushed outside the terminal but were allowed back in shortly after, the police spokeswoman said.

According to live flight tracking website flightradar24.com some flights were diverted to other airports after the incident.