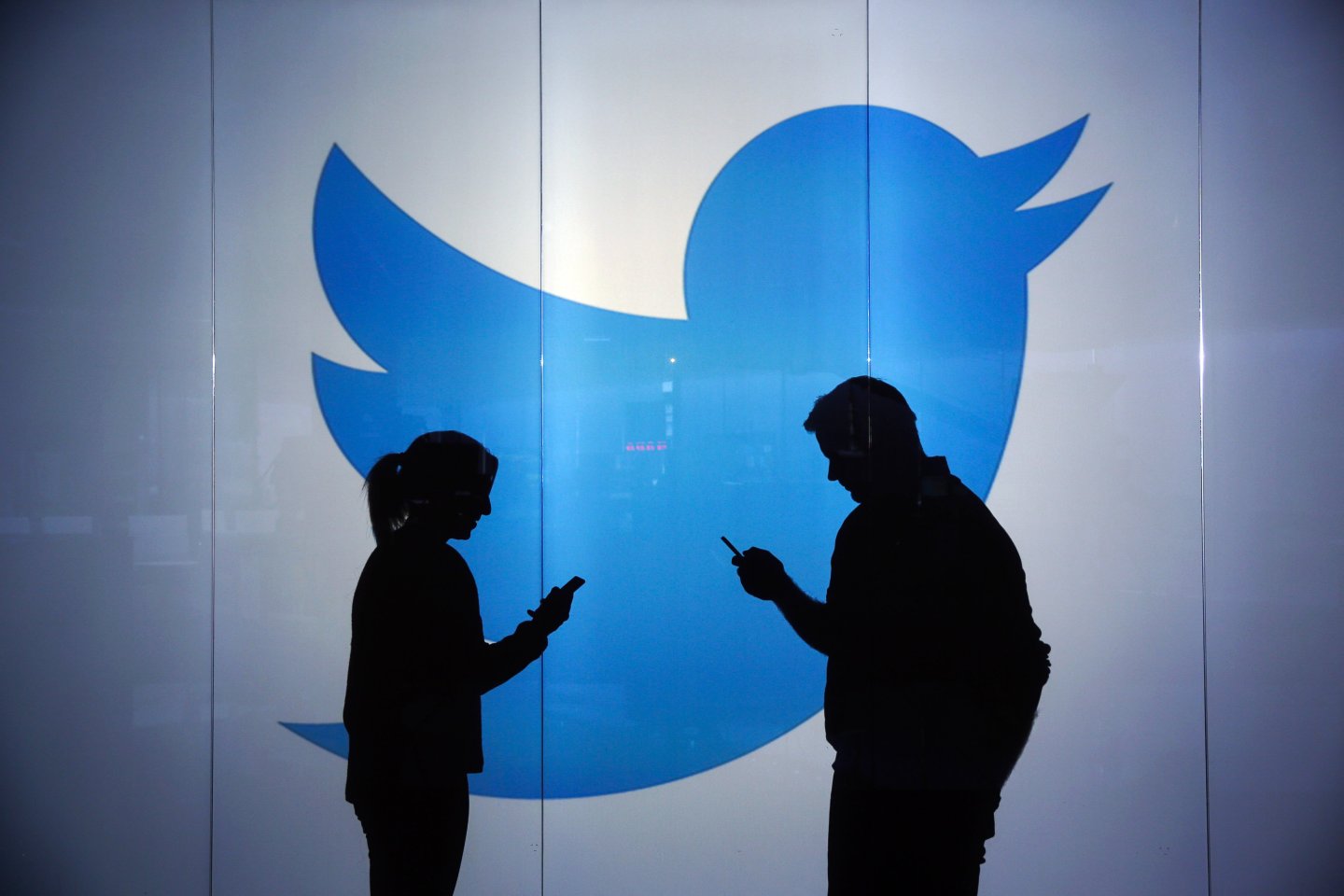 People are seen as silhouettes as they check mobile devices whilst standing against an illuminated wall bearing Twitter Inc.'s logo in this arranged photograph in London, U.K., on Tuesday, Jan. 5, 2016. Twitter Inc. may be preparing to raise its character limit for tweets to the thousands from the current 140, a person with knowledge of the matter said. Photographer: Chris Ratcliffe/Bloomberg via Getty Images
Bloomberg Bloomberg via Getty Images

The company’s shares fell as much as 10% to $16.81 in premarket trading on Thursday.

“While revenue growth continues to lag audience growth, we are applying the same focused approach that drove audience growth to our revenue product portfolio,” Chief Executive Jack Dorsey said in a statement. “This will take time, but we’re moving fast to show results.”

Twitter’s user growth benefited from the social media frenzy that surrounded the U.S. Presidential election as well as the growing follower base of President Donald Trump.

Trump has been using Twitter to air his views, bypassing traditional media outlets.

Twitter was abuzz with takeover chatter last year involving big names such as Salesforce.com and Walt Disney. The rumors died down due to the lack of concrete offers.

Twitter has also upgraded its offerings with several new features, including live video broadcasts from its app.

“While none of them will likely materially change Twitter’s user/usage growth, these product innovations are a positive step,” RBC Capital Markets analysts wrote in a pre-earnings note.

San Francisco-based Twitter was also hit by a string of executive departures in 2016, including in its product team, which has had three heads in less than a year.

Restructuring charges in the latest quarter ballooned to $101.2 million from $12.9 million a year earlier.

Twitter said in October it would cut 9% of its global workforce as part of a broader restructuring.