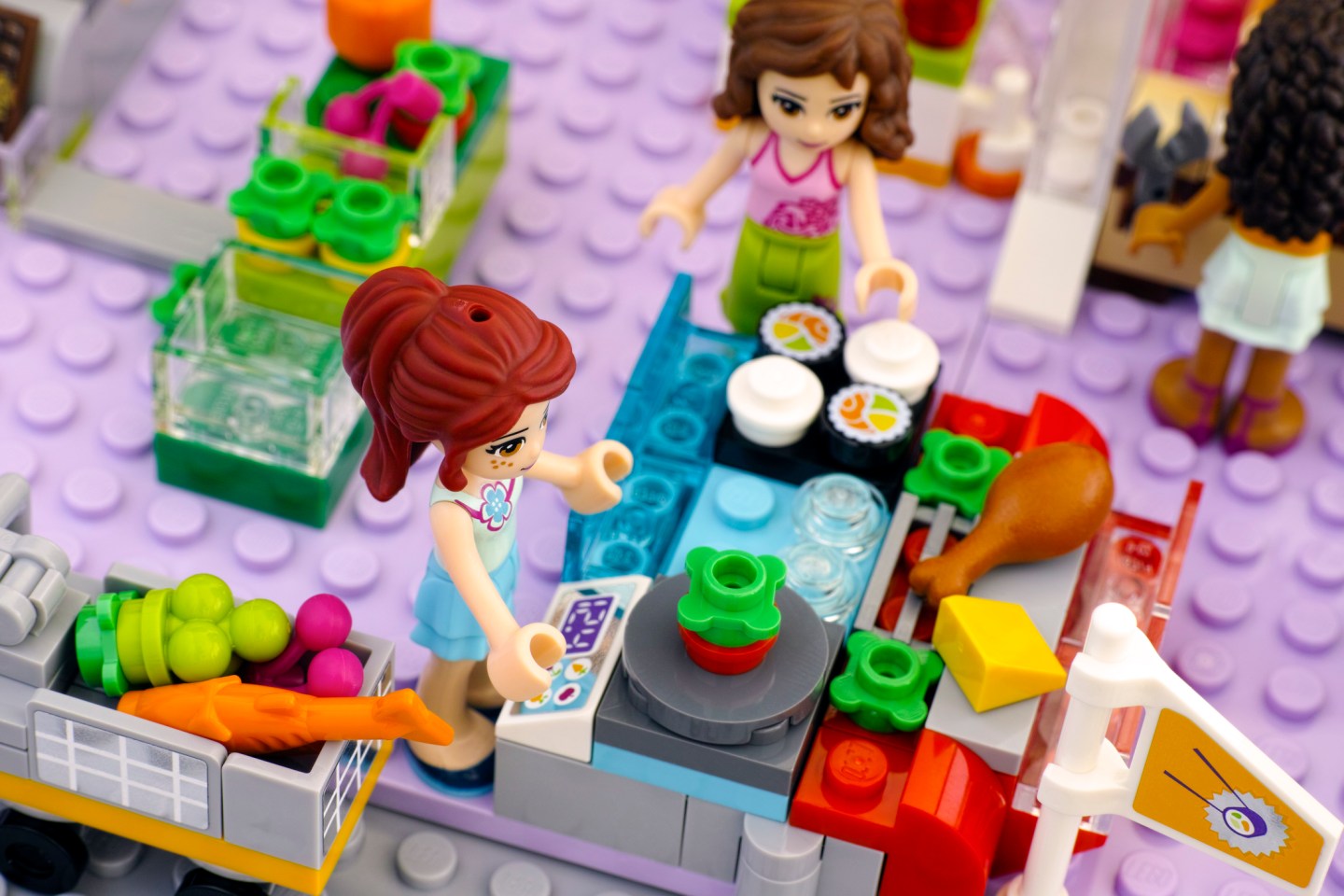 A fast-food restaurateur in the Philippines may have a big hit on his hands after trying a time-tested method of creativity: Take two things you love—in this case hamburgers and Lego—and put them together.

Jergs Correa, who according to the foodie website Eater is a Lego enthusiast, recently christened Brick Burger in Pasig City, where customers can choose one of 10 burgers with buns shaped like building blocks.

The oddly shaped bread also comes in four odd colors — red, yellow, orange and black — depending on which burger you want. The Darth Burger, for instance, features caramelized onions, mushrooms, bacon, garlic and barbecue sauce stuffed into a jet-black block.

Brick Burger, which opened in August last year, already has more than 21,000 fans on Facebook, where they are greeted by the simple slogan: “Brick Burger. Where everything is Awesome!” The page says the restaurant is dedicated to “crafting the best looking and best tasting burger around yet!”