Investors Are Tiptoeing Back Into Russia with This Unusual IPO 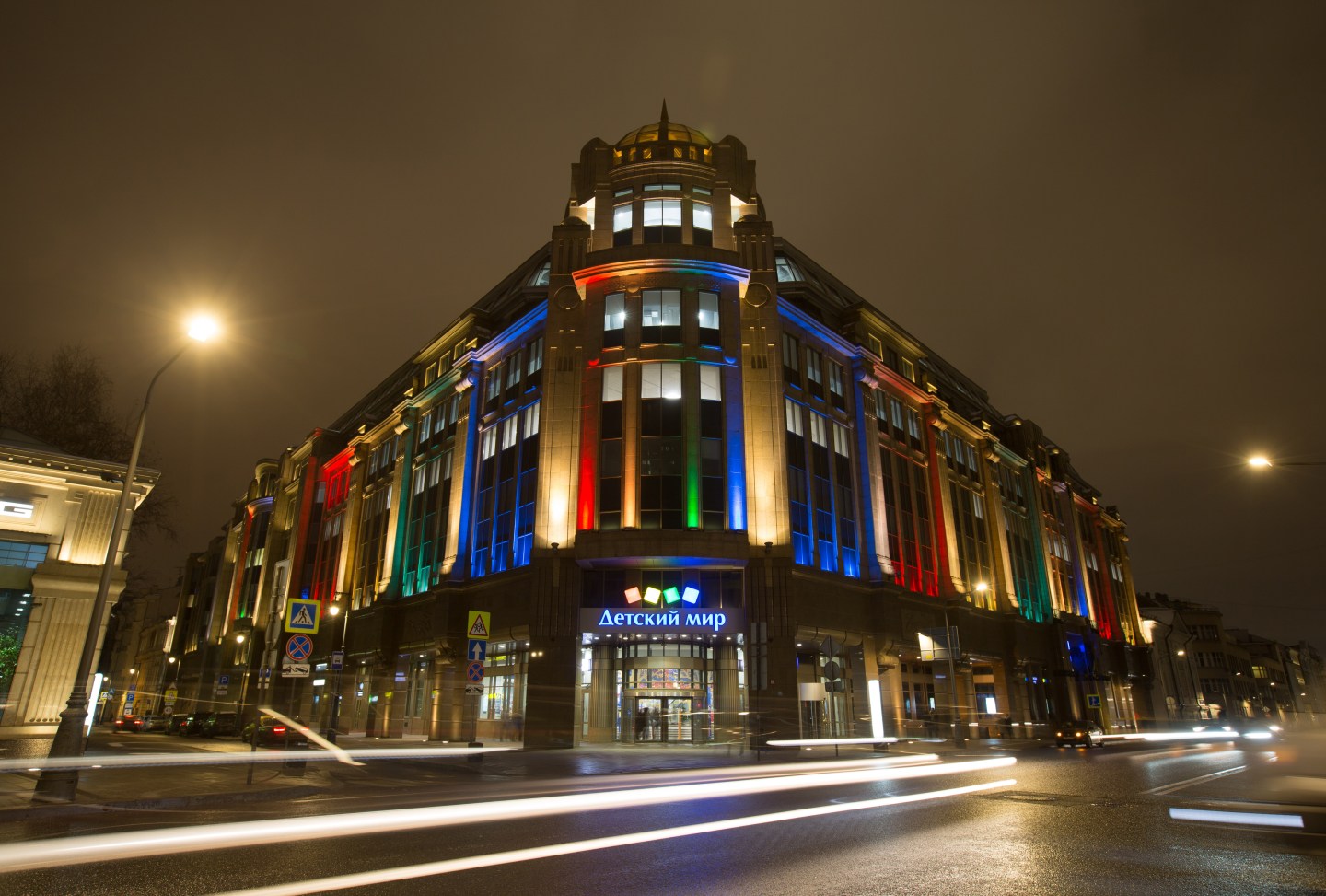 The owners of Russia’s largest toy retailer Detsky Mir raised $355 million in an initial public offering (IPO) of shares priced at the bottom of the expected range, in a sign investors are making a cautious return to Russian assets.

The IPO was the highest-profile share sale by a Russian company since 2014, when Western sanctions over Russia’s annexation of Ukraine’s Crimea region combined with a slump in oil prices to bring most deal-making to a standstill.

Detsky Mir sold shares at 85 roubles apiece, the bottom of the planned 85-87 rouble range. The company said the sale raised 21.1 billion roubles ($355 million) for the selling shareholders – Russian conglomerate Sistema, which will retain a majority stake, and the Russia-China Investment Fund (RCIF).

The deal valued Detsky Mir, which is Russian for “Children’s World,” at 62.8 billion roubles. The stock will begin trading on the Moscow Exchange on Feb. 10.

“Investors are not feeling that sure yet and want to have an iron guarantee they will make money on a deal,” a source with one of the banks organising the IPO said, when asked why the offering priced at the bottom of the range.

The company saw bids for more than 1.5 times the number of shares on offer, said another source close to the sale.

The source added there were “hedge funds, long-only investors including sovereign wealth funds” among the buyers and no single investor would take a dominant position.

The Russian economy returned to growth late last year after seven quarters of contraction, helped by a recovery in oil prices.

“The IPO of Detsky Mir is a sign that the market is opening,” said Jacob Grapengiesser, a partner at investment fund East Capital Group.

The deal could encourage other Russian companies looking to tap equity capital markets. Sources have said fertiliser producer Phosagro is considering a secondary share issue this week, while Sistema has said it may list its agriculture business this year.

RCIF, set up by sovereign wealth fund the Russian Direct Investment Fund and China Investment Corp, bought into Detsky Mir slightly more than a year ago and its internal rate of return on the investment exceeded 90%, it said.

“It’s a good company: people will always buy toys and Detsky Mir is a price leader,” said a Moscow-based fund manager who asked not be named.