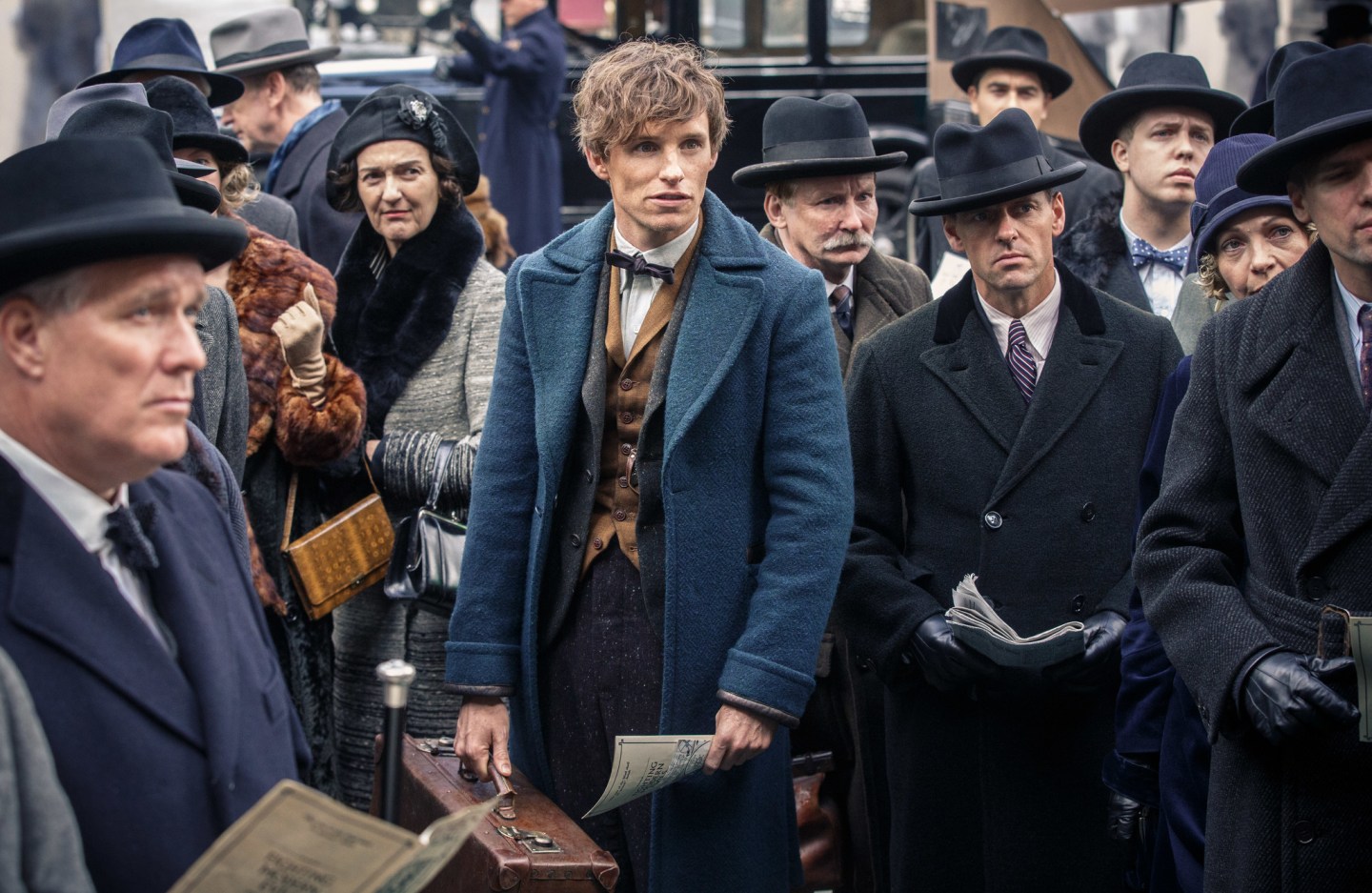 Time Warner reported higher-than-expected fourth-quarter results, largely due to box office hits such as the Harry Potter spinoff Fantastic Beasts and Where To Find Them.

The New York-based media company, which is set to become part of AT&T (T) in an $85.4 billion deal, reported an 11.5% rise in quarterly revenue and said the merger remained on track to close later this year.

U.S. President Donald Trump opposed AT&T’s bid for Time Warner (TWX) during his election campaign. AT&T, which has also said it expects the deal to be approved, is looking to boost its media offerings such as ‘over-the-top services’ that are independent of any cable TV subscription, such as DirecTV Now.

Time Warner topped Wall Street’s estimates as the company, which owns film studio Warner Bros as well as the CNN and HBO television channels, confronts the challenges of more viewers going online to watch their favorite shows and movies.

On its earnings call with analysts, Time Warner announced that its streaming service, HBO Now, which launched in 2015, has 2 million U.S. subscribers.

The company noted it does not expect pay TV subscription revenue growth until the second half of the year because it is taking longer for affiliate renewals to get completed. It did forecast high single-digit growth in revenue for 2017.

One question for investors is whether the growth of HBO Now and the growing number of “skinny bundles,” like AT&T’s DirecTV Now streaming service, is coming at the cost of growth among its paid TV subscribers.

“It’s early days to see how much of that (subscriber) growth is incremental or substitutional,” said Michael Nathanson, an analyst with MoffettNathanson.

If Time Warner can hit high single-digit subscription revenue growth for HBO this year and continue to grow HBO at this pace, that means the streaming service is “taking shape as an incremental money maker,” said Tom Nollen, an analyst with Macquarie Securities.

Excluding $1 billion in premiums paid and costs incurred as part of debt repurchases, the company earned $1.25 per share, compared with the analysts’ average estimate of $1.19.

Revenue rose to $7.89 billion from $7.08 billion. Analysts on average expected $7.72 billion, according to Thomson Reuters (TRI).

Revenue from HBO, home to popular shows such as Game of Thrones and the new breakout series Westworld, rose 5.6% to $1.49 billion.

The company also declared a quarterly dividend of 40.25 cents per share.

Shares were slightly higher at $96.47 in morning trading.