These Are the Best Carry-On Suitcases 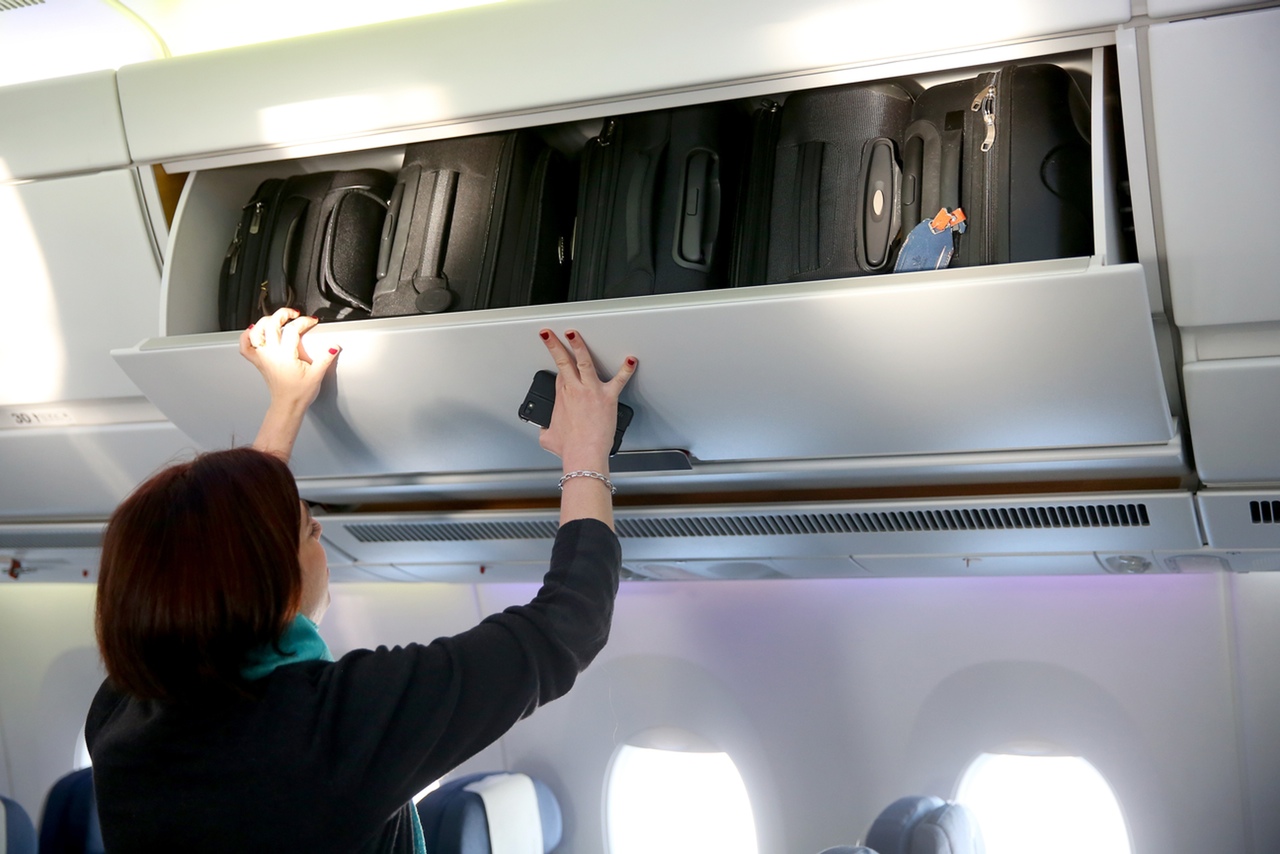 Clem Chambers prides himself on never having to check a bag. “I’ve only had to do it two times in the last 500 flights,” says the CEO of investing site ADVFN.com and author of the novel The First Horseman. “And only then because you can’t take a cricket bat on board with you.”

Like a lot of frequent travelers, Chambers is also pretty particular about his carry-on bag. “Most bags’ wheels are awful,” he says, and so he looks for luggage with rugged wheels, like those found on a skateboard. “It doesn’t matter about the rest of the bag—the leather, the compartments, clever pockets,” he says. “If the wheels come off, the bag is dead.”

As airlines have ratcheted up baggage fees—and arguably done only a middling job at keeping track of checked-in luggage—finding a high-performance carry-on has become essential for frequent flyers. Carry-on bag features—such as increased capacity, TSA-friendly tech compartments and, of course, those wheels—can mean the difference, literally, between a smooth trip and a chaotic one, especially when you’re sprinting through the airport.

Does your carry-on need an upgrade? Check out our list of cutting-edge luggage choices.

This carry-on’s many airport-friendly features include four spinning wheels, front compartments and a side handle for easier hoisting into the overhead bin. But its biggest appeal may be for those who resent storing their bulky luggage during non-travel time or constantly tripping over their bag inside a hotel room. The Contempo collapses to half its thickness so it’s easy to roll under a bed or tuck against the side of the hotel room closet. Inside the bag, there are plenty of ways to contain your items: a zippered pocket panel, an elastic packing strap, and two zippered mesh compartments.

If your packing routine usually involves sitting or jumping on your bag’s contents before trying to close it—and then still having to take some things out—this bag is for you. Although otherwise basic-looking, it features a compression system that lets you pack 33 percent more stuff and still get the bag back within carry-on parameters. Inside the bag, mesh garment panels promise to minimize wrinkling, so you can don your suit and arrive at your business meeting looking fresh.

(If you seek balance more than compression, check out Briggs & Riley’s hardcase Torq, $479. The four-wheeled spinner carry-on has an extra-wide wheelbase and recessed wheels, so that your chronically overstuffed bag stops tipping over.)

In a Consumer Reports “rough and tumble” test a few years ago, the Alpha won high marks for being both durable and spacious; this newer, lighter incarnation ups the ante even further with four 360-degree wheels, artfully rendered bumper sides and a mix of user-friendly interior pockets and straps (including a large mesh tie-down strap inside to help compress more clothes). The bag comes with a universal tracking number, but Tumi also offers an old-school ID system: free monogramming.

OCD travelers, rejoice: This boxy bag has five zip-closed, color-coded and removable compartments that stack and slide out like little drawers, so you can put socks in one compartment, shirts in another, or organize outfits by day, color…or whatever system appeals to your persnickety side. The aluminum alloy frame is designed so that the bag can also function as a seat at the airport gate (as long as you weigh less than 300 pounds). You can even add on flashing LED light wheels, to bring a little shock-absorbing disco fever to your ride.

This hard-sided case—in retro-cool shades of metallic blue, purple and gold—is the lightest bag on our list and has one small but no-brainer feature: a telescoping handle that can lock into any height position, rather than limiting you to just two. It also has four dual-sided wheels that give you 360-degree movement and mesh zipper compartments in each half of the case’s interior.

This mod-looking bag from the makers of the Swiss Army watch—and which, in red, may actually remind you of the iconic pocket tool—makes a compelling case for eight wheels on a bag (or really, dual-sided wheels on each of the base’s four corners). You can spin the bag 360 degrees—which is most useful when wheeling it down a narrow plane aisle without banging into every row of seats along the way. Each polycarbonate-exterior bag (which can seemingly dent like a soda bottle and immediately spring back into shape) also has its own universal tracking number and a 24-hour customer service number, if it ever gets lost. An extra-capacity version—about 1.5 inches wider and deeper—still meets most carry-on rules.

The maker of the original Rollaboard won first place at this year’s Travel Goods Show for a bag that embraces the new four-wheel trend and works out one of the trendy feature’s bugs. The Spinner Suiter has four dual wheels plus “MagnaTrac” technology, which uses magnets to align the wheels and promises to keep the wheels moving in exactly the direction you intend, rather than jerking or swerving like a rogue supermarket cart as you weave your way through the terminal. The handle has a contoured grip, to reduce strain on your arm and shoulder, and sealed ball-bearing in-line skate wheels. The Magna line also offers a carry-on garment bag with a padded roll bar and extension panel for longer pieces of clothing.

You’re not just avoiding checked-bag fees when you carry on this four-wheeled, hard-sided bag—you’re also gaining a rolling home theater. The Podpal has a zippered divider inside, tie-down straps and a telescoping handle, but its most novel feature is the cradle on top to hold any currently available tablet—either vertically or horizontally—to better entertain you during downtime at the gate.

This bag, from new luggage maker Genius, caters to everyone who needs a list, or a personal organizer, alongside them when they pack. Everything in this bag has its place, especially if you’re a techie: labeled compartments for devices, a built-in checklist, a portable battery pack for recharging and even a small speaker that can plug into your gadget to play music. The best real-world touch, however, may be the “laundry chute”—a sack-style compartment for storing your worn clothes, which compresses into the bag’s wall (expelling extra air through a valve) and then zips out when you find a washing machine.

This story originally appeared on travelandleisure.com. We’ve included affiliate links in this article. Click here to learn what those are.