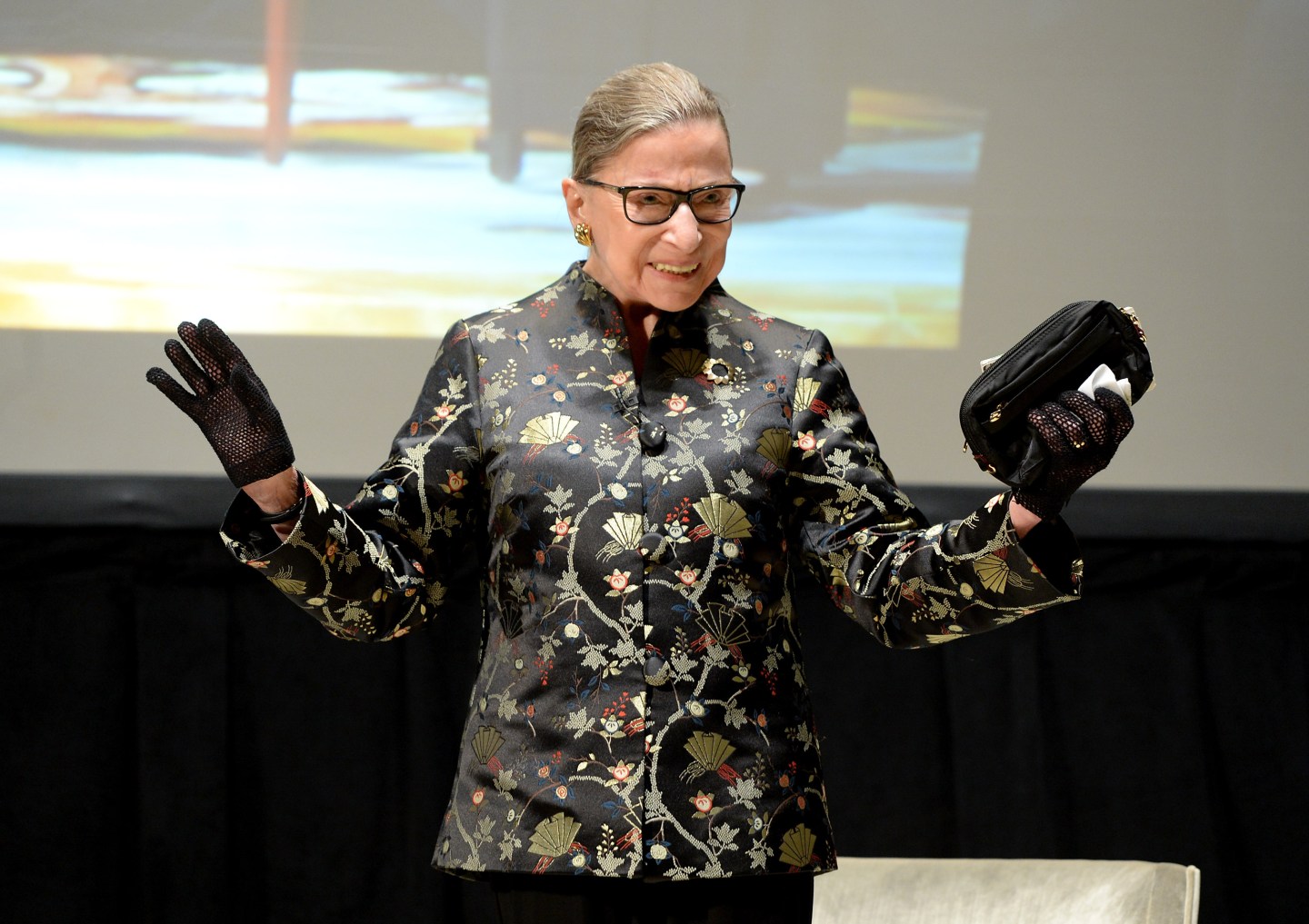 Liberals have joked about Ruth Bader Ginsburg’s health in the wake of President Donald Trump‘s Supreme Court pick, tweeting that they hope she’s eating her Wheaties, consuming more kale and keeping in shape. They fear that a turn of poor health (or death) for the 83-year-old would put another conservative vote on the court under Trump, effectively giving the Supreme Court a solid conservative voting bloc.

The left-leaning justice is in on the joke. In conversation at Stanford’s Memorial Church on Monday Night, Ginsburg told the crowd that the most important person in her life is her personal trainer, Mercury News reports. After a student’s joke about kale, someone asked the justice who she’d like to see eating more of the leafy green. “Justice Kennedy,” she said, referring to the court’s swing vote.

Ginsburg has previously commented on her efforts to stay in good health, telling a crowd in September that she does 20 push-ups each day. “I do 10, and then I breathe, and then I do 10 more.”