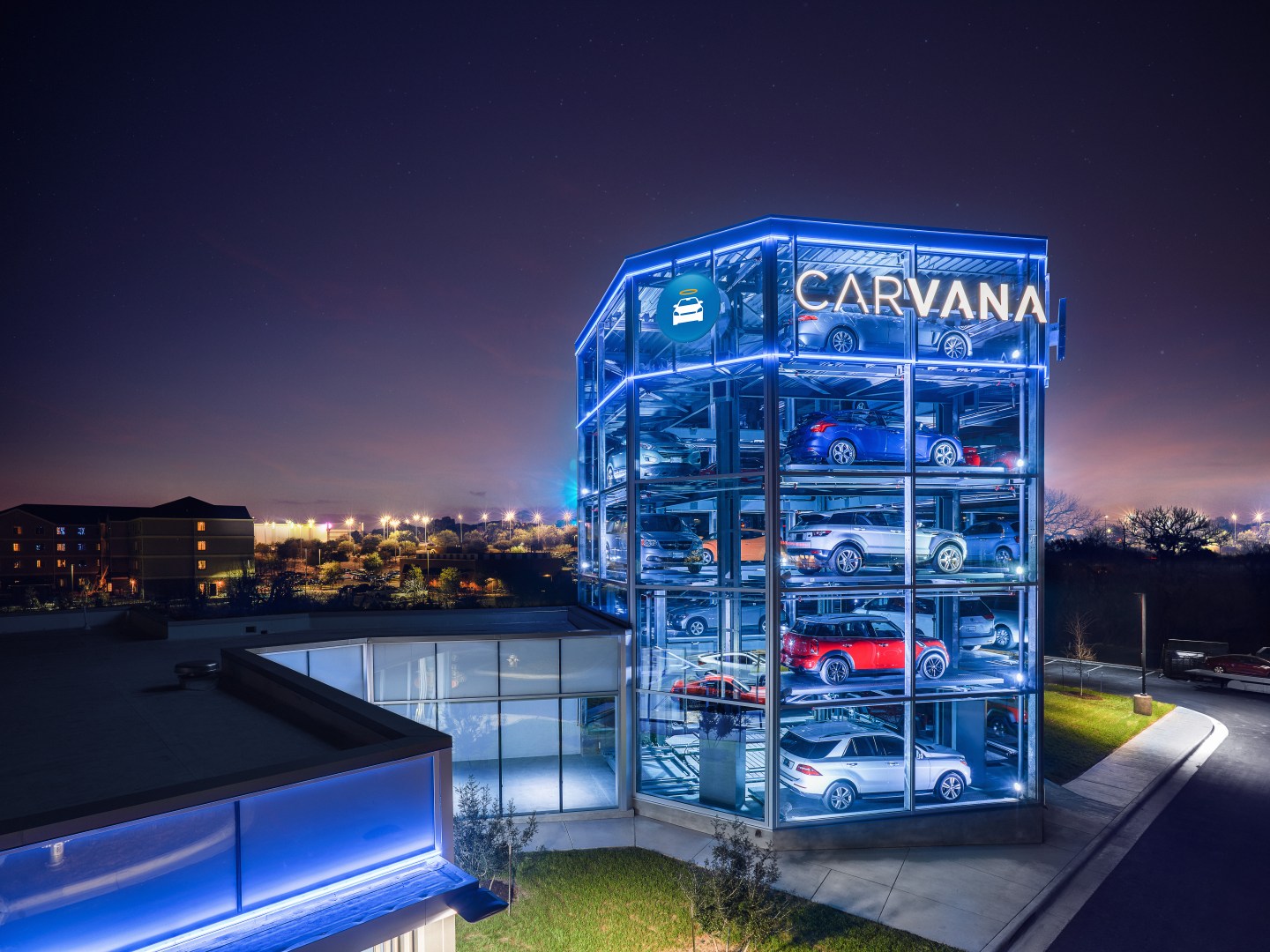 Carvana, the online marketplace for buying used cars, is opening another multi-story vending machine, where customers can drop in a coin and watch as their newly purchased vehicle is automatically retrieved and delivered to the ground floor.

The new machine opens Tuesday in Austin, Texas. This is the third vending machine location for the Phoenix-based company. Carvana launched its first outlet in late 2015 in Nashville, and its second location in Houston opened last December.

In person, the ethereal “vending machines” are really all-glass, five-story buildings, which contain three delivery bays and can store up to 20 vehicles, loaded in advance of a customer’s pick-up.

The machines are a visible brick-and-mortar extension to a much broader online business. Carvana customers don’t have to pick up their new purchases at the vending machines; they can also have the cars delivered directly to their doors.

Carvana now has facilities throughout the U.S. that enable it to offer free, next-day delivery to local residents in nearly two dozen markets, including Austin, Atlanta, Dallas, Pittsburgh, and Washington D.C.

The vending machine “serves as a metaphor for Carvana’s business principles: easy and efficient, with the customer in complete control,” CEO and founder Ernie Garcia told Fortune in an interview in late 2015.

Carvana opened a vending machine in Austin due to demand for its services in that market, Garcia said in a statement Tuesday.

Once customers take possession of their vehicles—whether it’s delivered or picked up at the vending machines— they can begin a seven-day test ownership period. The vehicles undergo a 150-point inspection and come with a seven-day test drive and a 100-day or 4,189-mile bumper-to-bumper warranty. Carvana also touts a “no questions asked” return policy.

The company says it will subsidize $200 in airfare and arrange transportation for customers who live at least 100 miles outside Austin and want to pick up their cars at the vending machines.

Carvana raised $160 million in new funding from unnamed investors in August 2016. Last month, Ally Financial agreed to provide $600 million in financing to support Carvana’s retail operations over the next year.