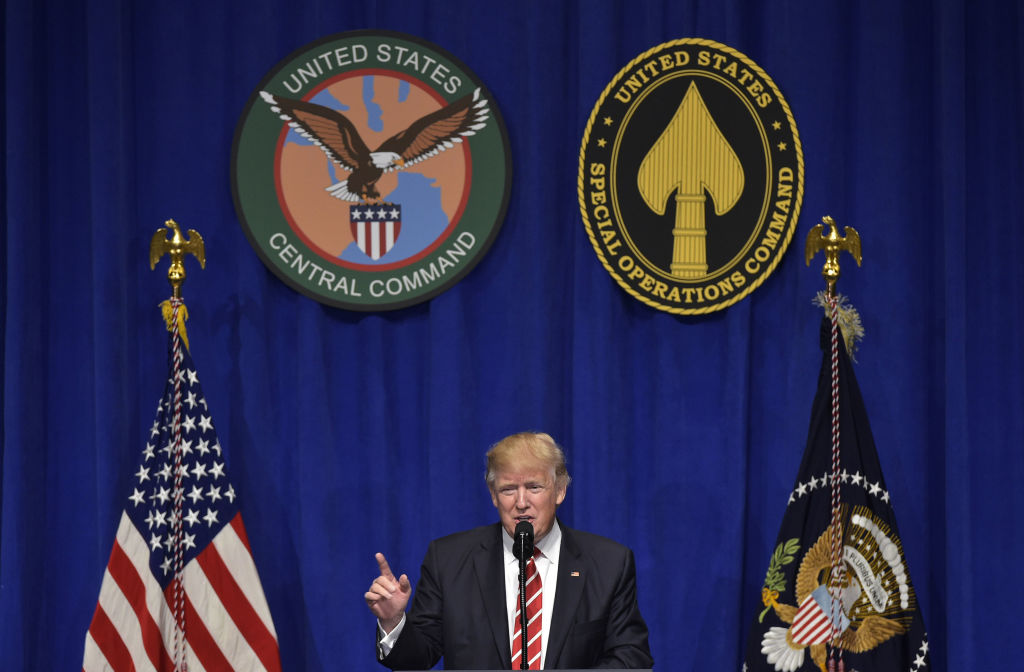 US President Donald Trump speaks following a visit to the US Central Command and Special Operations Command at MacDill Air Force Base on February 6, 2017 in Tampa, Florida. President Donald Trump on Monday paid his first visit to US Central Command, meeting officers who will form the tip of the spear in implementing his new strategy to defeat the Islamic State group. / AFP / MANDEL NGAN (Photo credit should read MANDEL NGAN/AFP/Getty Images)
Mandel Ngan—AFP/Getty Images

Trump, who has made defeating Islamic State a core goal of his presidency, did not specify which attacks were going unreported, which news media organizations were ignoring them, or offer any details to support his claims.

“All over Europe, it’s happening. It’s gotten to a point where it’s not even being reported,” he told a group of about 300 U.S. troops at MacDill Air Force Base in Florida.

“And, in many cases, the very, very dishonest press doesn’t want to report it. They have their reasons, and you understand that,” he added, without saying what those reasons were.

The White House later released a list of 78 attacks around the world from September 2014 to December 2016.

“Networks are not devoting to each of them the same level of coverage they once did,” a White House official said. “This cannot be allowed to become the ‘new normal.'”

For more on Trump’s relationship with the press, watch Fortune’s video:

It was Trump’s latest salvo against the news media, a favorite target for derision that he says broadly underestimated his chances during the presidential campaign. He has kept up the attacks since his Jan. 20 inauguration.

Trump at one point cited attacks in the French cities of Paris and Nice, which were widely covered. More than 230 people have died in France alone in the past two years at the hands of attackers allied to Islamic State.

“To suggest that journalists have some reason not to report ISIS attacks is just outlandish,” Tompkins said, using an acronym for Islamic State.