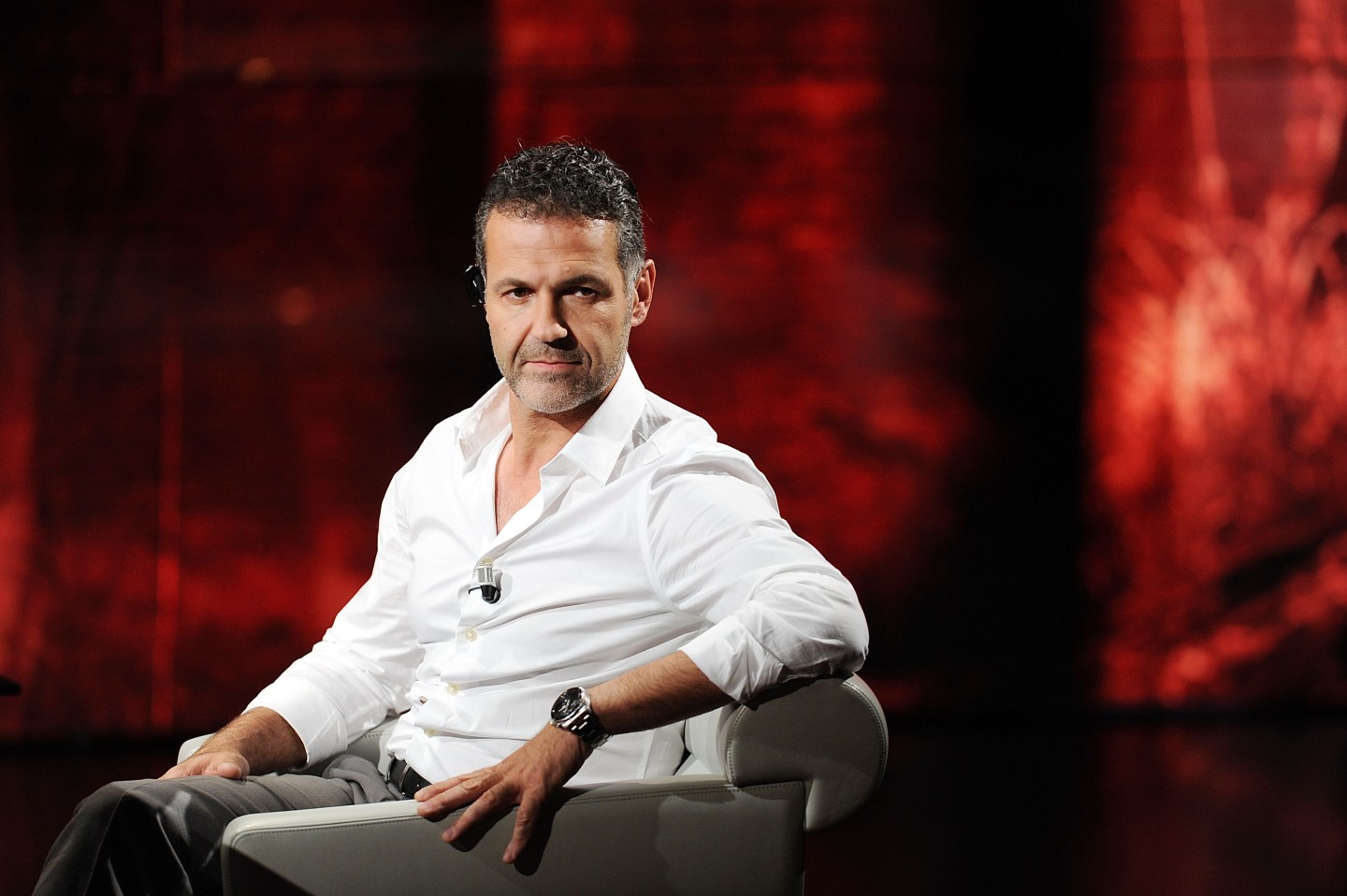 This piece originally appeared on EW.com.

Among the many executive orders that President Trump signed during his first week in office is a controversial immigration ban which halts refugees, as well as immigrants from “Muslim-majority” countries (Iraq, Iran, Sudan, Syria, Somalia, Libya, and Yemen) from entering the United States.

Following this renewed focus on the Muslim community, EW has put together a list of Muslim authors who tell phenomenal stories that are most certainly worth reading. From sardonic satires and high fantasy epics to gripping thrillers and award-winning graphic memoirs, here’s some of the best fiction, non-fiction, and youth literature from authors who write about the intricacies of their worlds.

Palace Walk by Naguib Mahfouz
The first novel in the Nobel Prize-winner’s best-selling Cairo trilogy invites readers into the saga of the al-Jawad family in the midst of the Allied occupation of Cairo during WWI, continuing to the German’s defeat in WWII. Order it here.

The Essential Rumi by Jalal al-Din Rumi (Translated by Coleman Barks and John Moyne)
In this best-selling translation includes 80 never-been-published poems as Barks brings to life the popular Muslim poet’s work, proving why he remains so beloved. Order it here.

The Girl In the Tangerine Scarf by Mohja Kahf
Kahf tells the story of Khadra Shamy, a Syrian immigrant trying to figure out what it means to be both Muslim and American as she grows up in Indiana, travels back to Syria, and later returns to the United States. Order it here.

A Thousand Splendid Suns by Khaled Hosseini
Hosseini follows up The Kite Runner by once again transporting readers to Afghanistan as he chronicles the lives of Mariam and Laila, a woman and a 14-year-old girl married to the same cruel man. They join forces and become allies — all set against the Afghani civil war, the Soviet occupation, and the Taliban’s tyranny. Order it here.

Girls of Riyadh by Rajaa Alsanea
Translated from the original Arabic, Alsanea’s bestseller tells the story of four upper-class Saudi women, as they navigate the norms of Western society as well as the traditions of their Islamic culture. Order it here.

Throne of the Crescent Moon by Saladin Ahmed
The Hugo-nominated high fantasy takes readers to the Crescent Moon Kingdoms, which is on the brink of rebellion. There, a series of supernatural murders might be hinting at a plot for the throne. Order it here.

A Case of Exploding Mangoes by Mohammed Hanif
Based on a real and fatal plane crash of General Zia, this darkly comedic fictional novel depicts two parallel assassination plots — the first by Air Force Officer Ali Shigri, who is convinced that Zia was responsible for his father’s alleged suicide, the second by the general’s own underlings. Perfect for fans of Catch 22. Order it here.

Midnight’s Children by Salman Rushdie
In telling the story of the telepathic Saleem, a man born exactly at the time of India’s independence — like 1000 other supernaturally gifted people —Rushdie manages to tell the unfolding saga of the newly-born country itself in Booker Prize-winning novel. Order it here.

The Unquiet Dead by Ausma Zehanat Khan
Khan’s debut mystery novel follows Inspector Esa Khattak and Sergeant Rachel Getty as they work to solve the death of Christopher Drayton, a businessman who may have been a Serbian fugitive (and war criminal). Order it here.

An Ember in the Ashes by Sabaa Tahir
The first book in this bestselling series (which includes follow-up A Torch In the Night) sees rebel Laia go undercover as a slave at a renowned military academy to rescue her captured older brother — only to join forces with Elias, a reluctant elite soldier looking to escape a life of violence. Order it here.

Does My Head Look Big In This? by Randa Abdel-Fattah
Abdel-Fattah’s debut follows the spiritual (and emotional) journey of Amal, a Friends-and-Sex-and-The-City loving Australian-Palestinian teenager when she chooses to wear the hijab full-time. Order it here.

Saints and Misfits by S.K. Ali
One of EW’s most anticipated YA novels of 2017, Saints and Misfits centers on Janna, an Arab Indian-American, teenager who wears a hijab, as she contemplates calling out a member of the Muslim community… and navigates a crush. Preorder it here.

Written in the Stars by Aisha Saaed
Saeed takes readers to Pakistan as they follow the story of Naila, a Pakistani-American girl, who is caught between her American upbringing and her Pakistani roots and is forced into a marriage based on her conservative parents’ wishes. Order it here.

Furthermore by Tahereh Mafi
The Shatter Me author paints the tale of young Alice, who goes in search of her missing father in a world where magic and color are linked. Order it here.

Amina’s Voice by Hena Khan
A Pakistani-American Muslim girl must figure out how to navigate her family’s culture while fitting in at school after tragedy strikes her community. Khan’s other books include It’s Ramadan, Curious George, and Golden Domes and Silver Lanterns. Out Mar. 14. Preorder it here.

The Gauntlet by Karuna Riazi
Steampunk meets Jumanji in this debut novel that sees a trio of New York City friends looking to escape the mechanical board game they’re trapped inside. Out Mar. 28. Preorder it here.

Ms. Marvel Omnibus Vol. 1 by G. Willow Wilson
Go back to Kamala Khan’s debut and experience the young hero’s coming-of-age tale from the beginning as the young Pakistani-American figures out what it means to be a superhero — and the intricacies of her Muslim faith. Order it here.

The Arab of the Future (1 & 2) by Riad Sattouf
In the first and second volume of his highly acclaimed graphic memoir, Sattouf shares what it was like growing up in Syria (under Assad), Libya (under Gaddafi), and rural France, in his darkly humorous style. Order it here.

Persepolis by Marjane Satrapi
Satrapi depicts her childhood in Iran during the Islamic Revolution in this funny and heart-tugging graphic memoir, which has since become an Oscar-nominated animated film. Order it here.

I Am Malala by Malala Yousafzai
Yousafzai’s was shot by the Taliban in Pakistan, miraculously recovered and continued to fight for her right to an education. Her extraordinary story eventually led to her becoming the youngest winner of the Nobel Peace Prize and is documented in this inspiring memoir. Order it here.

Modern Romance by Aziz Ansari and Eric Klinenberg
The Master of None creator teamed up with sociologist Eric Klinenberg to blend his comedic observations of modern dating with extensive research and data to create a hilarious examination of love in the digital age. Order it here.

No god but God by Reza Aslan
An acclaimed religious scholar, Aslan has provided an easy and accessible guide to Islam, touching upon not only its origin and evolution, but also its future based on recent events across the world. Order it here.

Laughing All the Way to the Mosque by Zarqa Nawaz
Nawaz, the creator of Little Mosque on the Prairie, shares what it was like growing up Muslim in Canada, in this funny (and frank) memoir. Order it here.

No Man’s Land by Aasif Mandvi
The former Daily Show correspondent (and current Series of Unfortunate Event actor) flexes his storytelling muscles as he explores themes like family, religion, ambition, and most importantly brunch — all with hilarity and warmth. Order it here.

Letters to a Young Muslim by Omar Saif Ghobash
In a series of personal letters to his son, the United Arab Emirates Ambassdor to Russia reveals what it means to be Muslim in the present day, while also touching on global events. Order it here.

Nadiya’s Kitchen by Nadiya Hussain
Having literally baked a cake fit for the Queen of England herself, the former winner of the Great British Baking Show has put together a cookbook that collects all her favorite recipes for some of range of meals, allowing fans to sample more than just dessert. Preorder it here.