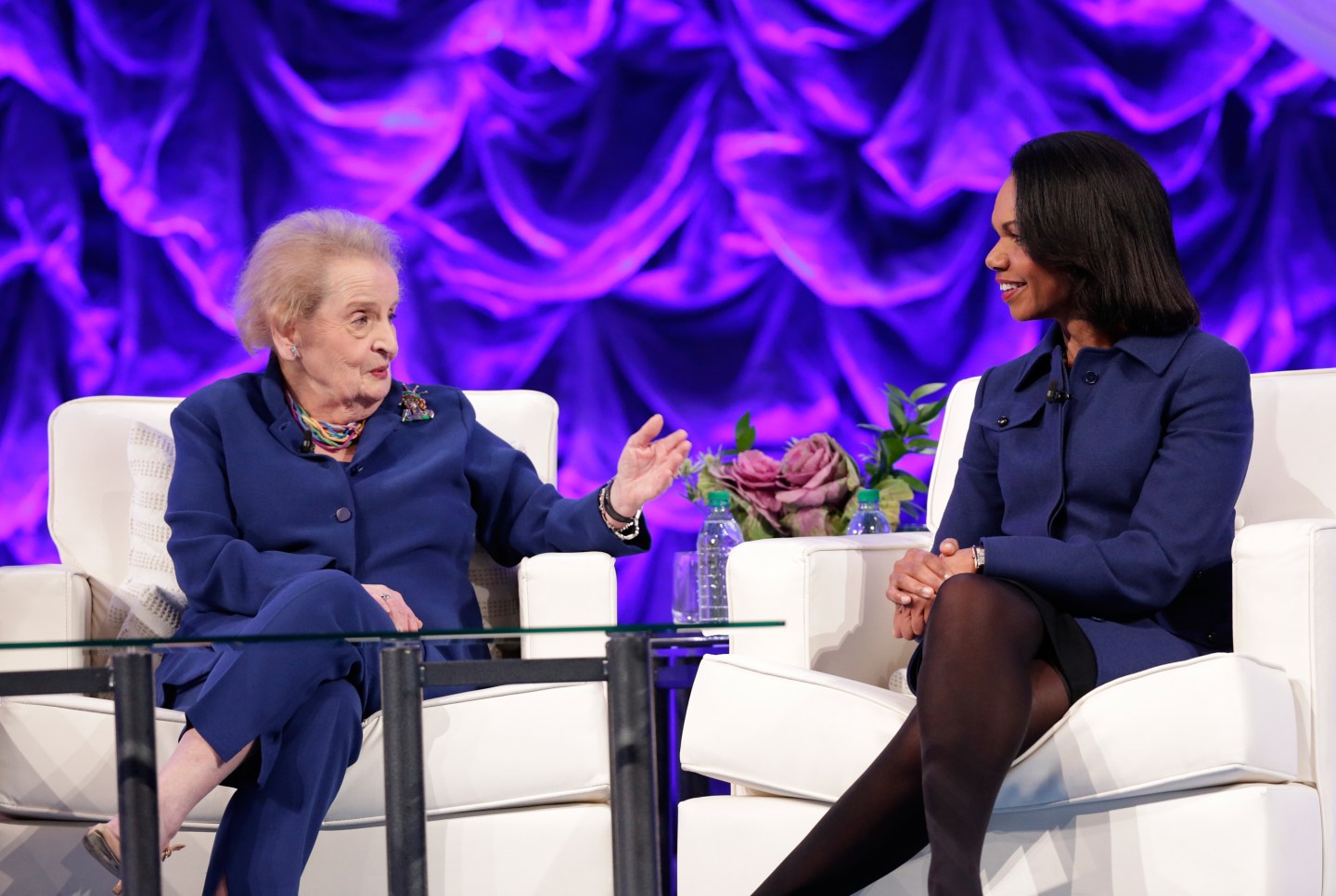 Photograph by Marla Aufmuth—Getty Images for Watermark Conference for Women

The number of chief diplomats who are publicly opposed to Donald Trump’s immigration ban is up by two.

Speaking on a panel at the Watermark Conference for Women on Wednesday, Rice called Trump’s order “ill-considered and badly delivered,” according to Politico. “We do have reasons to control our borders. We do have reasons to vet people … to make ourselves safer,” she said, but argued that it is un-American to single out immigrants based on national origin.

“Americans are not held together by race, ethnicity, nationality or religion,” said George W. Bush’s state secretary during the panel. “What holds people together is an aspiration.”

Albright also commented on the ban, saying it was “a gift” to the Islamic State. “They are now using [the order] as a propaganda,’’ Albright said, while “we are having even more problems with countries that are on the designated terror list.’’

The former secretary of state, who served Bill Clinton’s administration, said the ban was the work of an “unprepared” administration that “did not look at the unintended consequences” of the order.

Secretary Clinton has also spoken out against the ban, tweeting last week: “This is not who we are.”

I stand with the people gathered across the country tonight defending our values & our Constitution. This is not who we are.

The executive action was issued last Friday by President Trump and suspended the entry of all refugees to the United States for 120 days, barred Syrian refugees indefinitely, and blocked U.S. entry for citizens of seven predominantly Muslim countries for at least 90 days.

Current state department officials are opposed to the ban as well as former ones, reports Foreign Policy. A number of foreign officers and other diplomats have drafted a “dissent memo” expressing opposition to the order. The memo will be delivered through the state department’s official “dissent channel,” which is a mechanism for employees to confidentially express policy disagreement, created in 1971 as a response to concerns within the department over the Vietnam War.

After the memo is submitted, it will be distributed to the senior leadership of the state department and prompt a response from Secretary of State Rex Tillerson, who was confirmed for the role on Wednesday.