The White House Says It Just Put Iran ‘On Notice’ 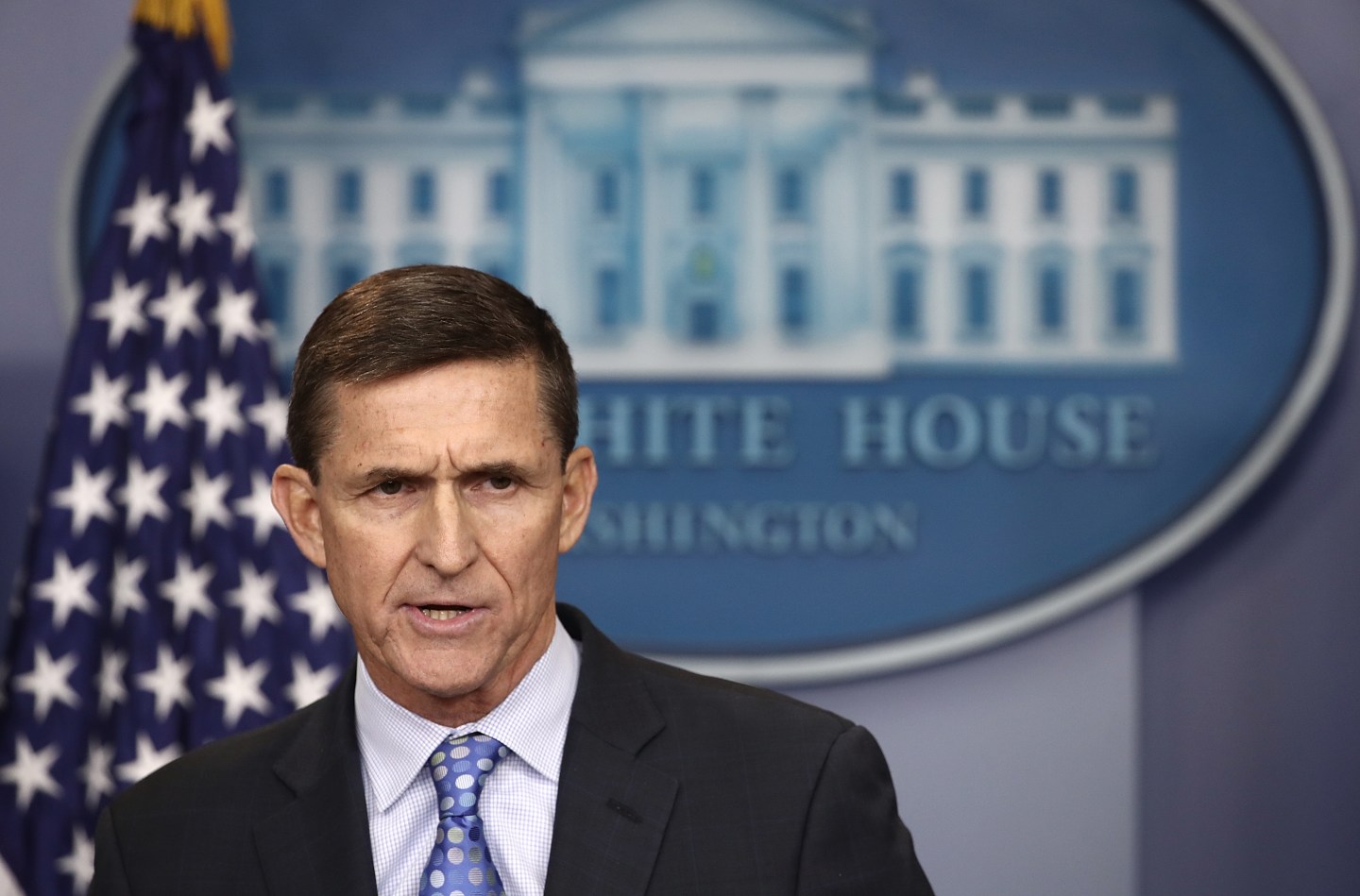 The White House put Iran “on notice” on Wednesday for test-firing a ballistic missile and said it was reviewing how to respond, taking an aggressive posture toward Tehran that could raise tensions in the region.

While the exact implications of the U.S. threat were unclear, the new administration signaled that President Donald Trump intended to do more, possibly including imposing new sanctions, to curb what he sees as defiance of a nuclear deal negotiated in 2015 by then-President Barack Obama.

The tough talk commits the administration to back up its rhetoric with action, which could cast doubt on the future of the Iran agreement and sow further uncertainty in an already chaotic Middle East, experts said.

Officials declined to say whether the military option was on the table, although Pentagon spokesman Christopher Sherwood said: “The U.S. military has not changed its posture in response to the Iranian test missile launch” on Sunday.

A fiery statement from Trump‘s national security adviser, Michael Flynn, marked some of the most aggressive rhetoric by the administration that took office on Jan. 20, making clear that Obama’s less confrontational approach toward Iran was over.

Flynn said that instead of being thankful to the United States for the nuclear deal, “Iran is now feeling emboldened.”

“As of today, we are officially putting Iran on notice,” he told reporters in his first appearance in the White House press briefing room.

He said the launch and an attack on Monday against a Saudi naval vessel by Iran-allied Houthi militants off the coast of Yemen underscored “Iran’s destabilizing behavior across the Middle East.”

Iran confirmed it had tested a new missile but said it did not breach a nuclear accord reached with world powers or a U.N. Security Council resolution that endorsed the pact.

Analysts said Iran could interpret Flynn’s warning as bluster given that the Trump administration is still formulating a response.

“It’s a vague way of drawing a line in the sand,” said Mark Fitzpatrick, executive director of the International Institute for Strategic Studies-Americas. “Taken literally, it could mean: ‘You do this one more time and you’ll pay for it.’ But how would the U.S. respond?”

The warning could foreshadow more aggressive economic and diplomatic measures against Iran.

Three senior U.S. officials, speaking on condition of anonymity, said a range of options, including economic sanctions, was being considered and that a broad review was being conducted of the U.S. posture toward Iran.

One official said the intent of Flynn’s message was to make clear the administration would not be “shy or reticent” toward Tehran.

“We are in the process of evaluating the strategic options and the framework for how we want to approach these issues,” the official said. “We do not want to be premature or rash or take any action that would foreclose options or unnecessarily contribute to a negative response.”

“Our sincere hope is that the Iranians will heed this notice today and will change their behavior,” he said.

Iran has test-fired several ballistic missiles since the nuclear deal in 2015, but the latest test was the first since Trump became president.

The issue came to the forefront on the same day that the U.S. Senate confirmed former Exxon Mobil Corp Chief Executive Rex Tillerson as secretary of state.

Trump told Tillerson at his swearing-in ceremony that “although you inherit enormous challenges in the Middle East and around the world, I believe we can achieve peace and security in these very, very troubled times.”

Simon Henderson, a Gulf expert at the Washington Institute for Near East Policy, said there was a danger of a miscalculation by Washington or Tehran.

“The question now is will the Iranian logic be: ‘My goodness, this guy is serious, we’d better behave ourselves?'” he said. “Or do they say: ‘Why don’t we tweak him a bit more to see what he really means, maybe test him.'”

The administration’s tough statement came midway through a three-day exercise by 18 U.S., French, British and Australian warships and an undisclosed number of aircraft close to Iranian waters in the Gulf, according to a statement by U.S. Central Command.

Trump is due to hold talks with Israeli Prime Minister Benjamin Netanyahu, a strident critic of the Iran nuclear deal, at the White House on February 15.

The U.S. president and Saudi Arabia’s ruler, King Salman, spoke by phone on Sunday and were described by the White House as agreeing on the importance of enforcing the deal and “addressing Iran’s destabilizing regional activities.”