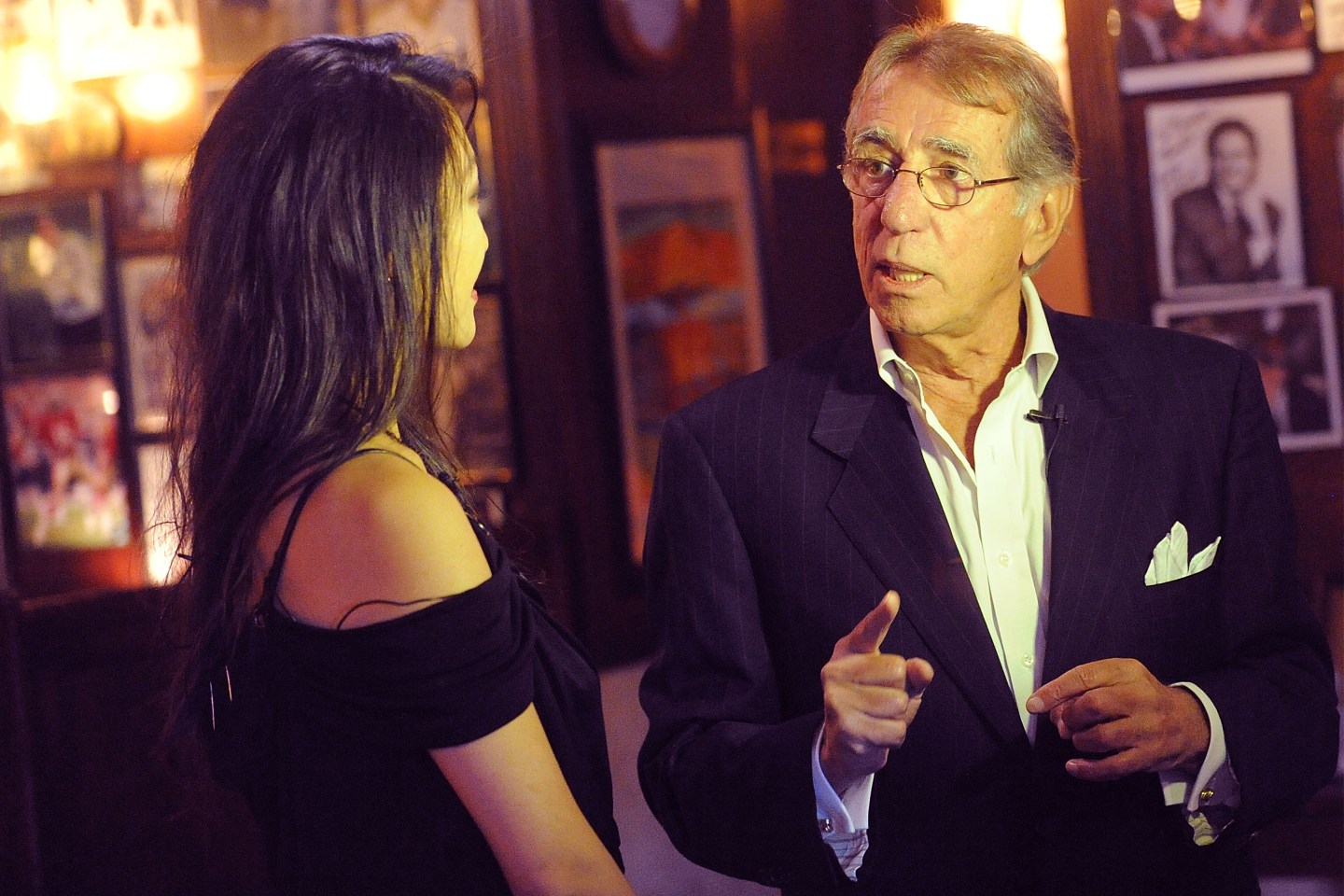 Bo Dietl, a New York City mayoral candidate and close friend to Pellegrino told Page Six, “we lost a part of New York today when we lost Frankie. There’s nobody like him, he’s an icon.” Dietl said Pellegrino passed away with his family at his side at Memorial Sloan Kettering Hospital in New York City.

Friend Charles Gasparino, a senior correspondent for Fox Business Network, wrote on Facebook about Pellegrino’s passing saying that the owner had a “tough exterior but had a heart of gold.”

Pellegrino took over after Rao’s, a 100-year-old Italian restaurant, after his aunt Anna Pellegrino and her husband Vincent Rao died in 1994. He co-owned the restaurant with Vincent’s nephew Ron Straci; the two were recently in a high-profile legal battle.

The restaurant ran on table assignments that Pellegrino and his aunt assigned years ago. People who have tables can come as many times as they want, and if they can’t, they give the table to a family or friend or donate it to charity.

“People love to talk how no one can get a table at Rao’s,” wrote Gasparino. “Well thats true but it misses the point. The tables were given out to old time customers when the place became hot some years ago. New entrants needed to wait their turn to “own” a table, and it didn’t matter who they were. Warren Buffett was one of those who wanted a table and faced Frankie’s famous ‘no.'”

Some notable people have had the pleasure to eat at the restaurant, Leonardo DiCaprio, Keith Richards, Billy Crystal, Woody Allen and even the Clintons. Hillary has said it is one of her favorite places to eat in New York.

Other than being a restauranteur, he also was an actor. Most notably he played FBI chief Frank Cubitoso in HBO’s The Sopranos, and Johnny Dio in Martin Scorsese’s GoodFellas.

He is survived by his son, Frank Jr. — who opened Rao’s restaurants in Las Vegas in 2006 and Hollywood in 2013 — as well as his wife and daughter.