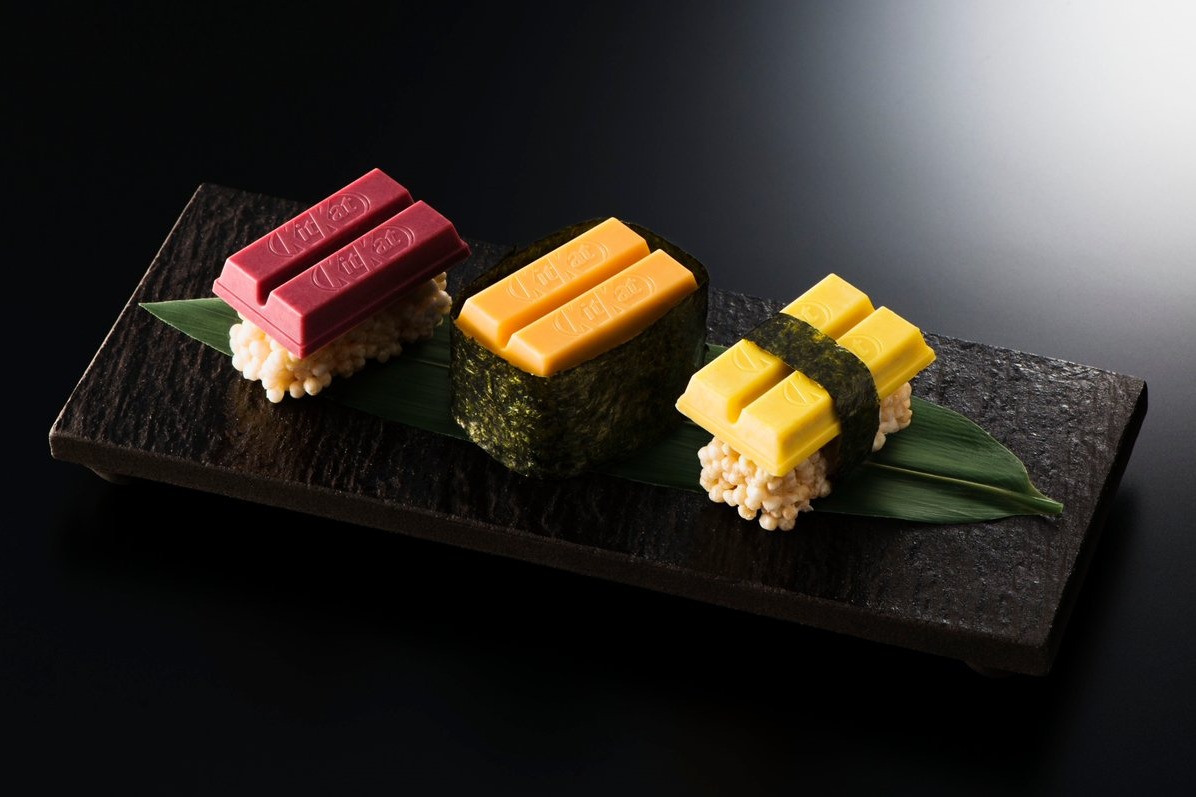 Don’t worry: popular sushi dishes serve as mere inspiration for the bars, and the candy won’t actually include vinegary rice or fish, GrubStreet reports. Customers will have three flavors to choose from: tuna, tamago (egg), and uni. The tuna bar is made with raspberry and white chocolate; the tamago with pumpkin pudding; and the uni with Hokkaido melon and mascarpone cheese. The last two come served with seaweed.

As Kotaku recalls, Kit Kat Japan once suggested these kinds of bars as an April Fools’ Joke. Kit Kat Japan has also experimented with savory flavors before, including sake-flavored chocolate for Valentine’s Day.

This won’t be the first dedicated Kit Kat Shop in Japan, but according to GrubStreet, it will be the first one located outside a mall or department store.