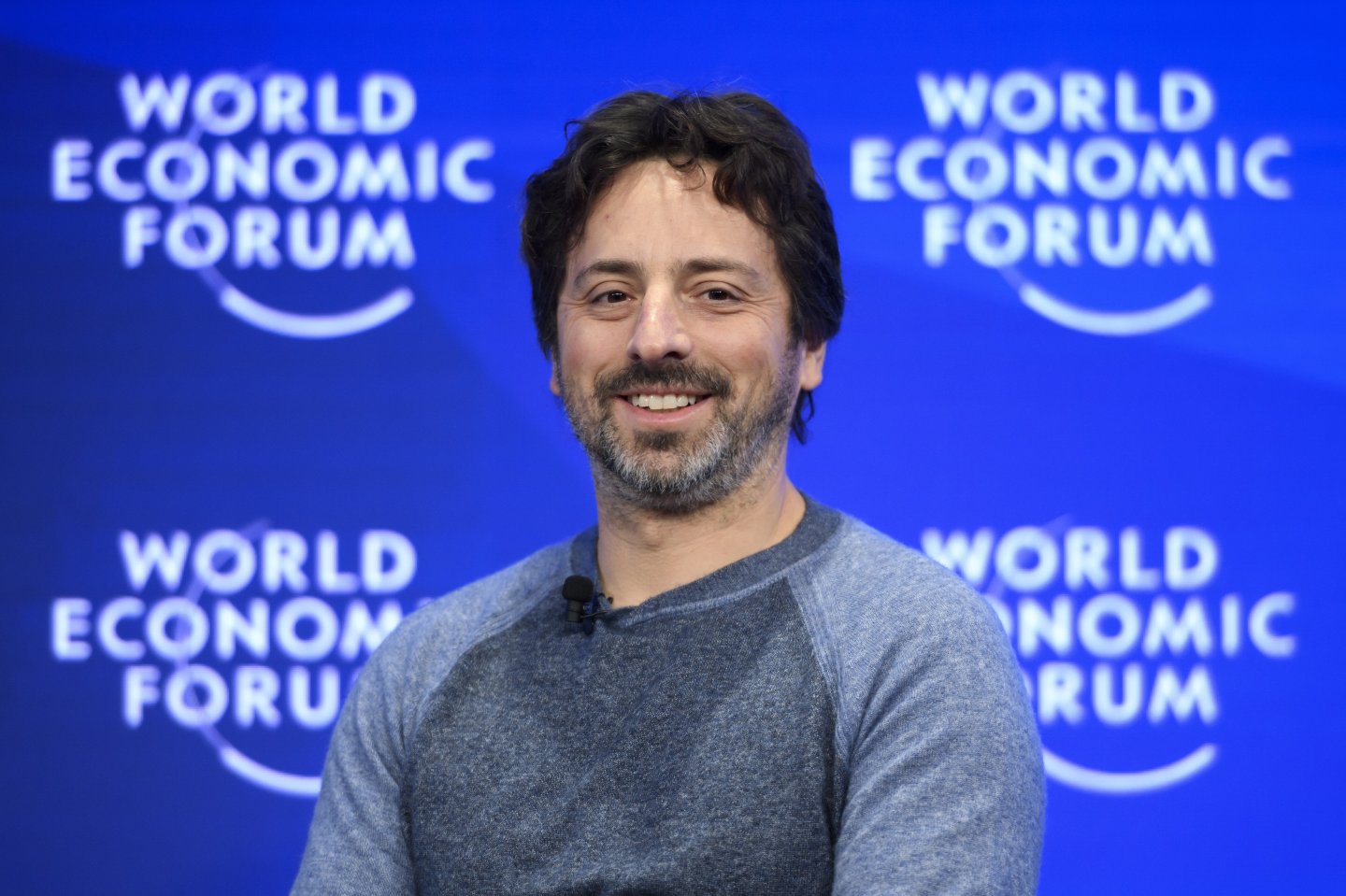 Google co-founder Sergey Brin smiles during a session of the World Economic Forum, on January 19, 2017 in Davos.
FABRICE COFFRINI/AFP/Getty Images

Around 2,000 Google employees staged a protest at the company’s California offices Monday afternoon, following President Trump’s controversial decision to ban entry to the U.S. for immigrants from seven Muslim-majority countries.

The company’s co-founder, Sergey Brin, and chief executive, Sundar Pichai, joined the Alphabet (GOOGL) protestors on the streets. According to Pichai, Trump’s order affects 187 members of Google’s staff alone. The company is expected to raise $4 million in support of people affected the ban.

Brin, who came to the U.S. from the USSR as a child during the Cold War, made a passionate speech to the crowd in which he spoke about being an immigrant and a refugee. “This country was brave and welcoming and I wouldn’t be where I am today or have any kind of the life that I have today if this was not a brave country that really stood out and spoke for liberty,” he said.

So proud to work at @Google, a company that 2x'd matching to ACLU, hosted a protest on campus, and sent its founder to #SFO. #NoBanNoWall pic.twitter.com/Is7plv6xFd

“I think it’s important to not frame this debate as being ‘liberal’ versus ‘Republican’ and so forth. There are many rational, thoughtful people out there, who maybe they vote Republican, or Democrat or independent, or whatever, but are outraged by these kinds of actions, and it’s important to be welcoming and reach out to them.”

According to the U.K.’s Daily Telegraph, Brin also joined a protest at San Francisco International Airport over the weekend, where he told the crowd that his family left Russia in the 1970s to avoid anti-Semitism.

“I came here to the U.S. at age six with my family from the Soviet Union, which at the time was the greatest enemy the U.S. had,” he said. “It was a dire period of the Cold War. Some of you probably remember it—there was the threat of nuclear annihilation. And even then the U.S. had the courage to take me and my family in as refugees.”