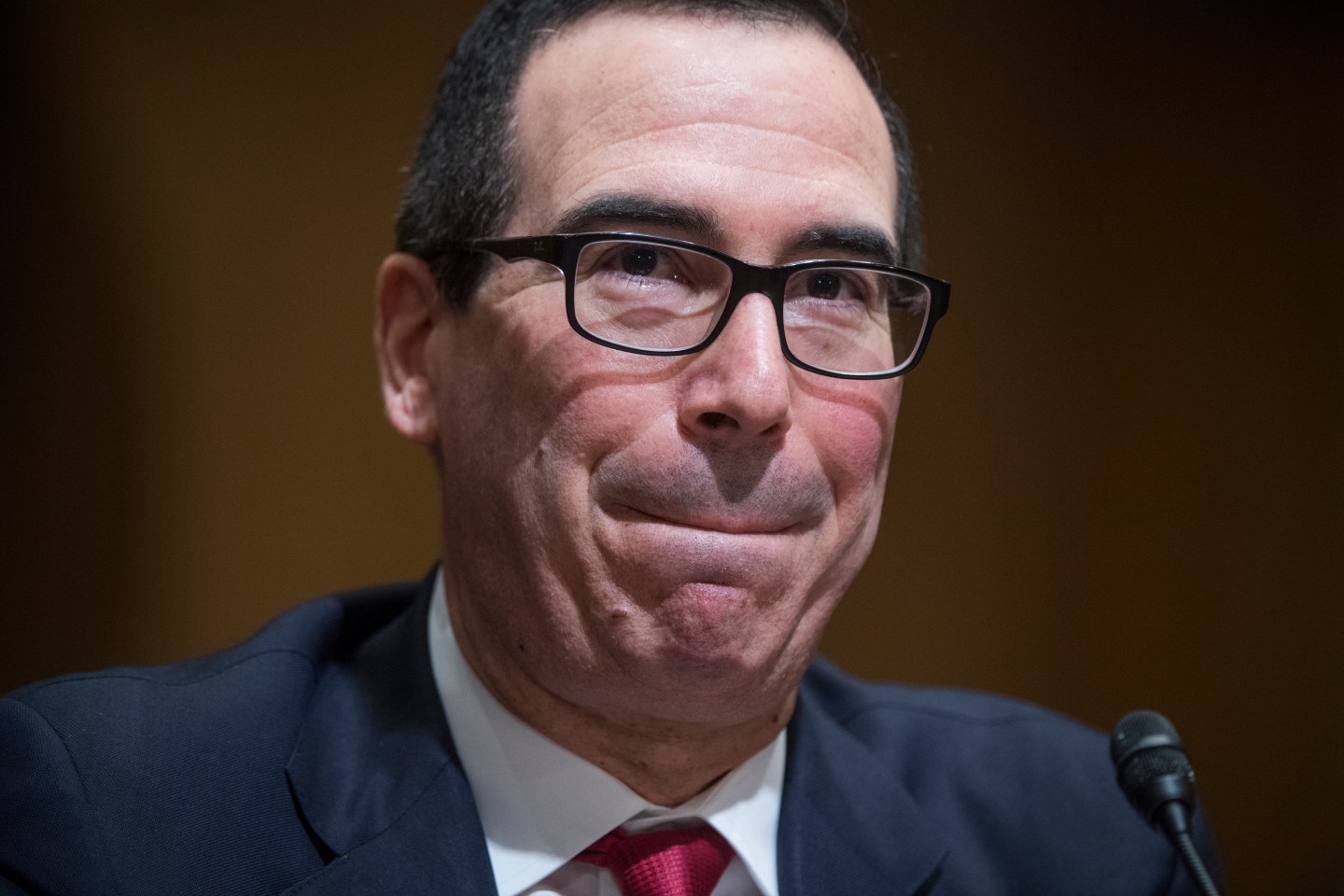 U.S. Senate Democrats on Tuesday boycotted a planned committee vote on two of President Donald Trump’s nominees, Steve Mnuchin to be Treasury Secretary and Tom Price to head the Health and Human Services department, making it impossible for the vote to go forward.

Democrats said they were delaying the vote because they wanted more information on Price’s stock trades in an Australian medical company and reports that Mnuchin‘s former bank, OneWest, used automated “robosignings” of foreclosures, which apparently contradicted statements he made to senators.

President Trump has complained about Democrats delaying the confirmation of his nominees.

When will the Democrats give us our Attorney General and rest of Cabinet! They should be ashamed of themselves! No wonder D.C. doesn't work!

And the White House has released a spread sheet comparing the confirmation dates of cabinet members in George W. Bush and Barack Obama’s first term in office. From the document, it did appear that Trump’s nominees were being delayed more than usual. Timothy Geithner, for instance, was confirmed as Treasury Secretary on January 26, 2009. Senate Majority Leader Mitch McConnell, too, has criticized Democrats for the delays, saying they need to “grow up.”