Snoopy and Charlie Brown Are Reportedly on the Auction Block 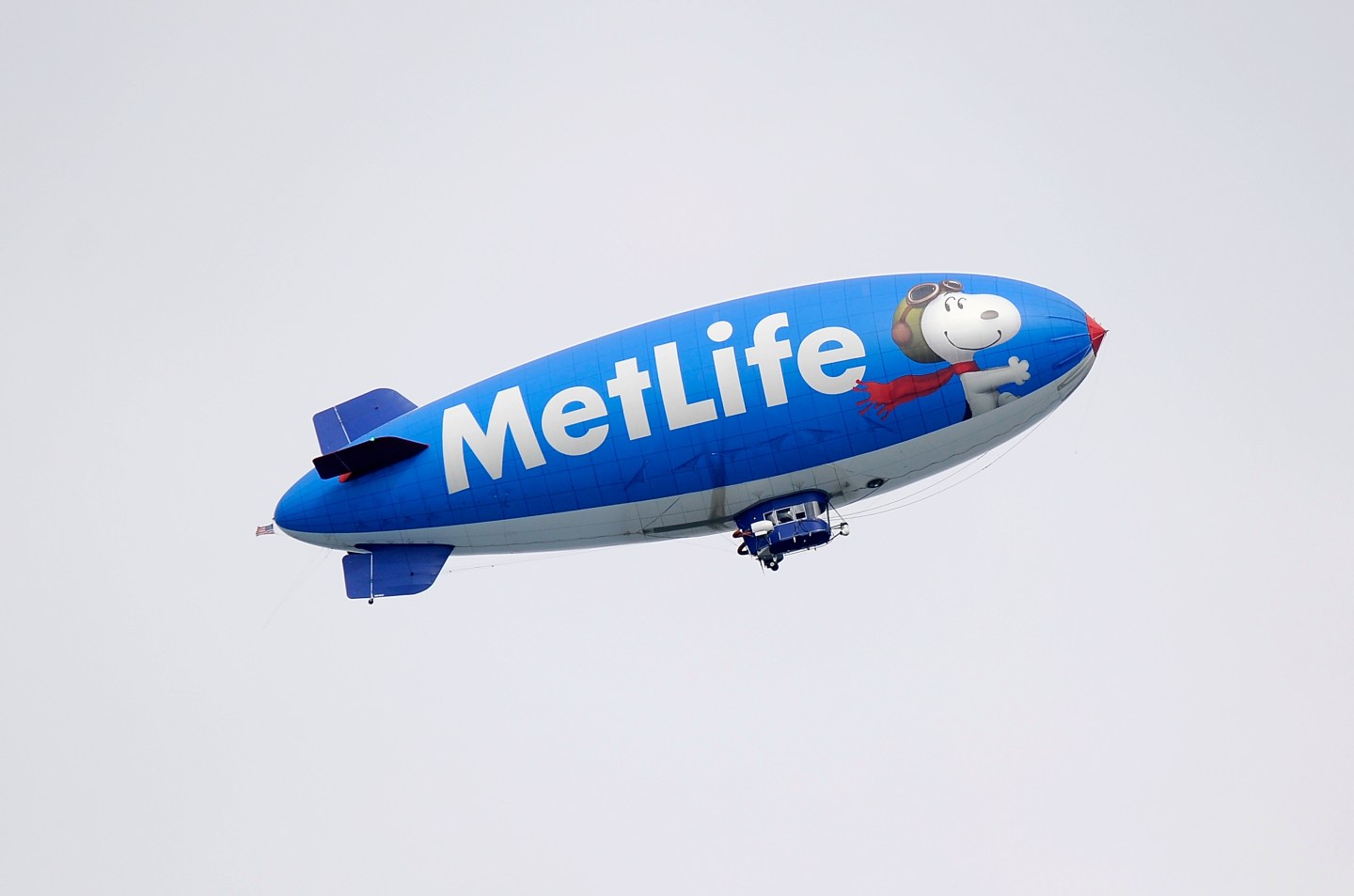 GAINESVILLE, VA - JULY 30: The MetLife blimp flies over the course during the first round of the Quicken Loans National at the Robert Trent Jones Golf Club on July 30, 2015 in Gainesville, Virginia. (Photo by G Fiume/Getty Images)
Photograph by G Fiume — Getty Images

U.S. brand management company Iconix Brand Group is exploring a sale of its majority stake in Peanuts Worldwide, which owns the rights to cartoon strip characters Snoopy and Charlie Brown, according to people familiar with the matter.

The move comes three months after U.S. insurance company MetLife dropped the Peanuts characters it had been using as mascots for more than 30 years—a blow to debt-burdened Iconix.

The characters, which include Lucy, Peppermint Patty and Pigpen, have attracted the interest of Chinese companies as well as other investors keen to snap up U.S. media and licensing assets, the people said this week.

Created by Charles Schulz and licensed in over 100 countries, the characters generate about $30 million in 12-month earnings before interest, taxes, depreciation and amortization, the people added. They declined to comment on the expected deal valuation.

Besides Peanuts, Iconix is also looking to sell its Strawberry Shortcake brand, which is based on a character that rose to fame in the 1980s as a doll for young girls, the people said. They asked not to be identified because the matter is confidential.

The New York-based company is working with investment bank Guggenheim Partners on an auction process to sell the brands, the people added, cautioning that there was no certainty that any deal would occur.

Iconix, which has a market capitalization of $553 million, did not respond to a request for comment, while Guggenheim declined to comment.

While MetLife will stop flying blimps featuring Snoopy this year, Peanuts has agreements with brands such as chocolate maker Nestle, stationary company Hallmark Cards, and retailer Zara, according to a regulatory filing by Iconix.

In 2015, Twenty-First Century Fox released The Peanuts Movie, which was nominated for a Golden Globe award and grossed $246 million worldwide, according to Box Office Mojo, a website that tracks the revenue that movies generate.

Peanuts’ largest international market is Japan, where a new Snoopy museum opened last year, according to the Iconix filing. The company renewed a long-standing contract to air the popular Peanuts holiday TV specials on U.S. network ABC in 2014 for five years.

Initially called “Li’l Folks,” the comic strip was renamed “Peanuts” in 1950, when it became syndicated in seven newspapers, according to the Charles M Schulz Museum website. Schulz passed away in 2000.

The remaining 20% in the company is owned by Charles M. Schulz Creative Associates, which is controlled by the Schulz family.

Iconix sold another flagship brand, the Sharper Image, last year to its biggest licensee, ThreeSixty Group Inc, for $100 million. The transaction was used to pay down some of Iconix’s debt, which totaled $1.29 billion as of the end of September.

Last year, Iconix said it would help develop and produce a new animated series based on Strawberry Shortcake. Iconix acquired the brand about two years ago for $105 million from greeting cards maker American Greetings.