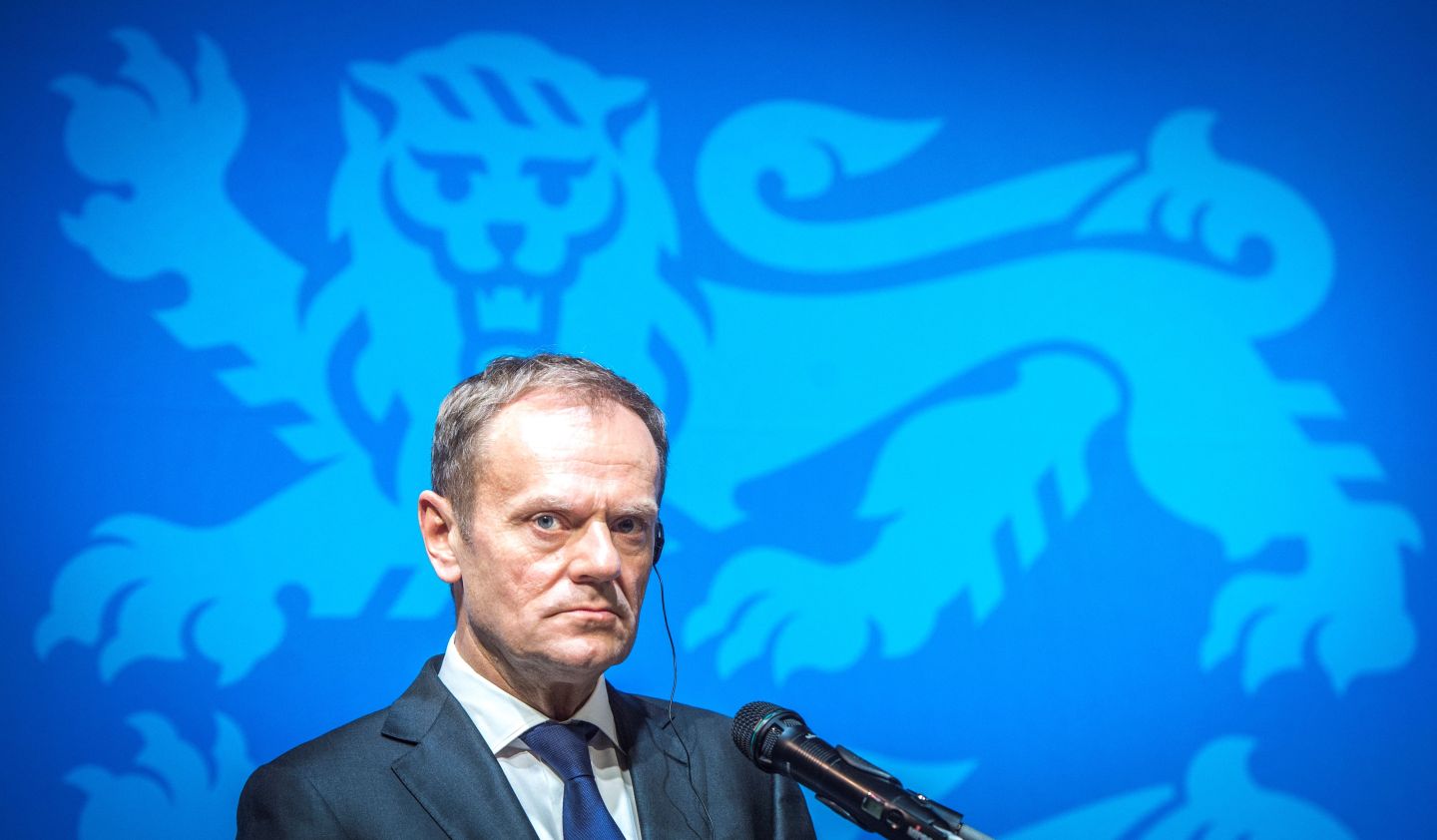 European Council President Donald Tusk attends a press conference after a trilateral agreement between Latvia, Lithuania and Estonia on implementation of the Rail Baltic project for construction of a European-gauge rail line through the three Baltic states on January 31, 2017 in Tallinn. / AFP / Marko Mumm (Photo credit should read MARKO MUMM/AFP/Getty Images)
Photograph by Marko Mumm—AFP/Getty Images

Donald Trump has joined Russia, China and radical Islam as a threat to the European Union, EU leaders were told on Tuesday by the man chairing a summit where they will debate relations with the United States.

European Council President Donald Tusk, a conservative former premier of Poland, wrote to EU national leaders to lay out themes for discussion when they meet in Malta on Friday to discuss the future of their Union as Britain prepares to leave.

In vivid language that reflects deep concern in Europe at the new U.S. president’s support for Brexit, as well as his ban on refugees and people from several Muslim countries, Tusk called on Europeans to rally against eurosceptic nationalists at home and take “spectacular steps” to deepen the continent’s integration.

Saying the EU faced the biggest challenges of its 60-year history, Tusk named an “assertive China,” “Russia’s aggressive policy” toward its neighbors, and “radical Islam” fueling anarchy in the Middle East and Africa as key external threats.

These, “as well as worrying declarations by the new American administration, all make our future highly unpredictable,” he said.

Laying out issues leaders may address in a 60th anniversary declaration at Rome in March, Tusk said the EU unity built after World War Two and the Cold War was needed “to avoid another historic catastrophe”. He also said Americans should not weaken Transatlantic ties fundamental to “global order and peace”.

“The disintegration of the European Union will not lead to the restoration of some mythical, full sovereignty of its member states, but to their real and factual dependence on the great superpowers: the United States, Russia and China,” Tusk wrote to the EU leaders. “Only together can we be fully independent.”

Senior officials discussed a possible EU response to Trump at a meeting in Brussels on Monday where some governments stressed that Europeans should not be hasty to alienate a key ally, diplomats said.

“We don’t want to get fired,” one senior EU diplomat said in reference to Trump’s reality TV catchphrase.

Another said that because the full U.S. administration was not yet in place, Europeans should be cautious: “No government in Europe can respond in a coherent manner to this series of orders and tweets,” the diplomat said.

Yet after 11 days in office, Trump and his aides have stirred concern in Europe due to their doubts about NATO and countering Russia in Ukraine, as well as over free trade. The Socialist finance minister of France, a nation long skeptical of U.S. market economics, said on Tuesday Washington seemed set on protectionism that was a “grave risk to the world trade order”.

Friday’s summit could also expose tensions with British Prime Minister Theresa May, who will attend a morning session on efforts to curb migrants heading for Europe from Libya but will leave before the other 27 discuss post-Brexit reforms.

British and EU officials said they expect May to attend a lunch where all 28 leaders will discuss “international challenges,” including Trump. But May’s embrace of Trump by way of a visit to Washington last week and push for a post-Brexit U.K.-U.S. trade deal have irritated London’s continental partners.

Some were also annoyed by a British announcement that its citizens who also hold passports from the seven states on Trump’s banned list could enter the United States. That, diplomats said, risked breaking EU rules on equal treatment for EU citizens. Washington later said it would accept all EU passports.