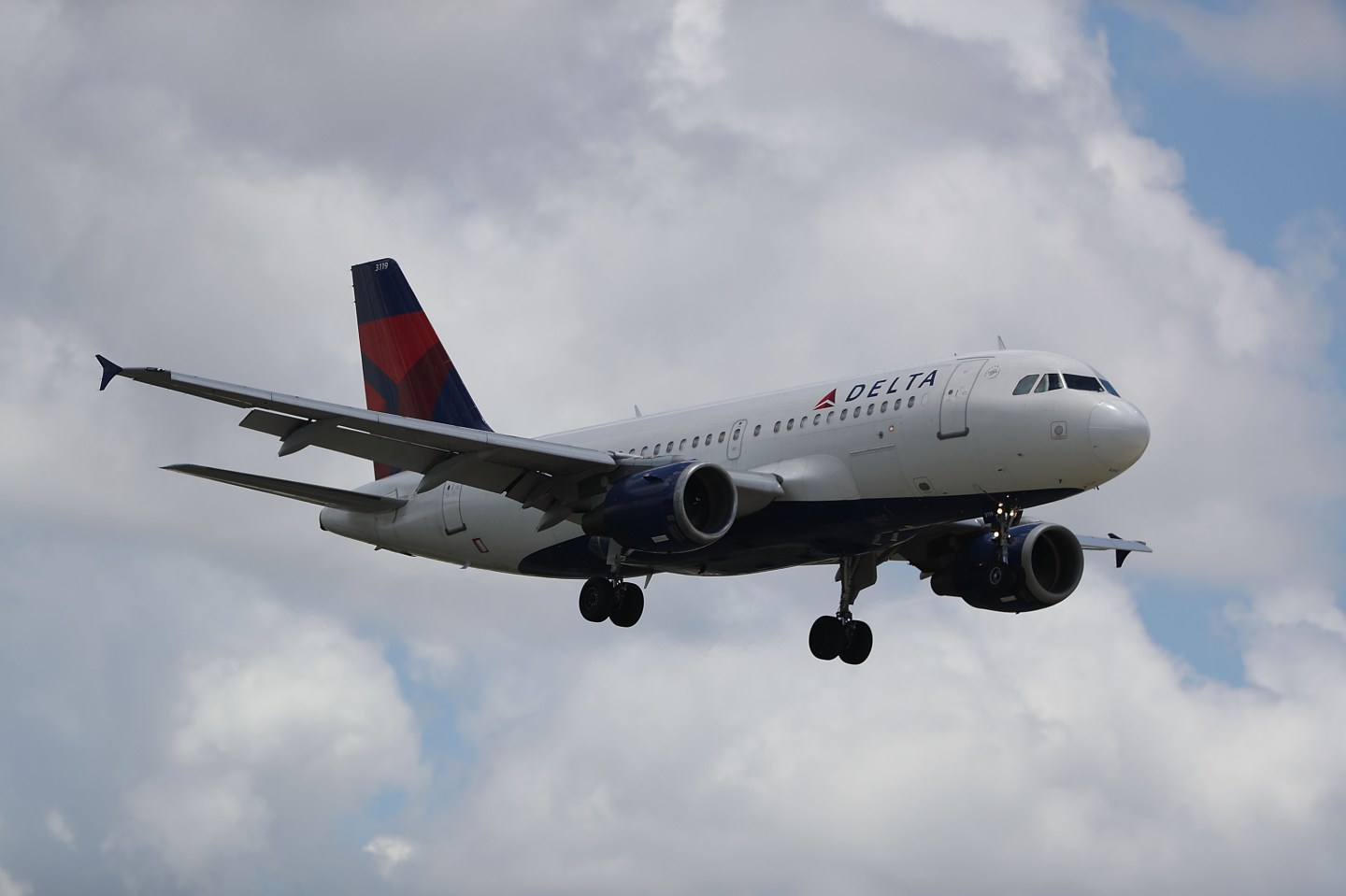 FORT LAUDERDALE, FL - JULY 14: A Delta airlines plane is seen as it comes in for a landing at the Fort Lauderdale-Hollywood International Airport on July 14, 2016 in Fort Lauderdale, Florida. Delta Air Lines Inc. reported that their second quarter earnings rose a better-than-expected 4.1%, and also announced that they decided to reduce its United States to Britian capacity on its winter schedule because of foreign currency issues and the economic uncertainty from Brexit. (Photo by Joe Raedle/Getty Images)
Joe Raedle—Getty Images

“Delta flights are departing and a ground stop has been lifted as IT systems begin to return to normal after a systems outage,” the company announced on Twitter at about midnight EST Sunday, some four hours after the problem took hold.

Delta said it had canceled about 150 flights scheduled for departure on Sunday night or in the early hours of Monday, with more expected, and advised travelers that “not all delays/cancellations are being reflected on Delta systems.”

Delta’s website remained down, with an advisory warning of “problems on delta.com and our mobile applications.”

It recommended that customers needing to check in for flights use airport self-service kiosks or see an agent.

Delta issued a waiver for anyone slated to travel on Jan. 29 or 30 and restricted unaccompanied minors from flying the airline until noon on Monday.

The Federal Aviation Administration (FAA) said earlier that all the airline’s domestic flights were grounded after a request from the company due to an “automation issue.”

The problem affected all Delta mainline and sub carriers to domestic destinations, but international flights were exempt, the FAA said in an advisory.

“Flights in the air remain unaffected. Delta apologizes to customers for the inconvenience,” the airline said on Sunday evening after the outage occurred.

Several passengers took to Twitter to express their dismay, with some saying they had to wait for hours before being told of the problem.

Airports across the country were thrown into chaos after President Donald Trump on Friday put a four-month hold on allowing refugees into the United States and temporarily barred travelers from Syria and six other Muslim-majority countries, saying the moves would help protect Americans from terrorist attacks.

Confusion abounded at airports as immigration and customs officials struggled to interpret the new rules, with some legal residents who were in the air when the order was issued detained at airports upon arrival.

Just last week, United Airlines grounded all domestic flights due to an “IT issue.”

This story has been updated