Syrian Refugees Shocked, Sad as Trump Bans Them From the U.S. 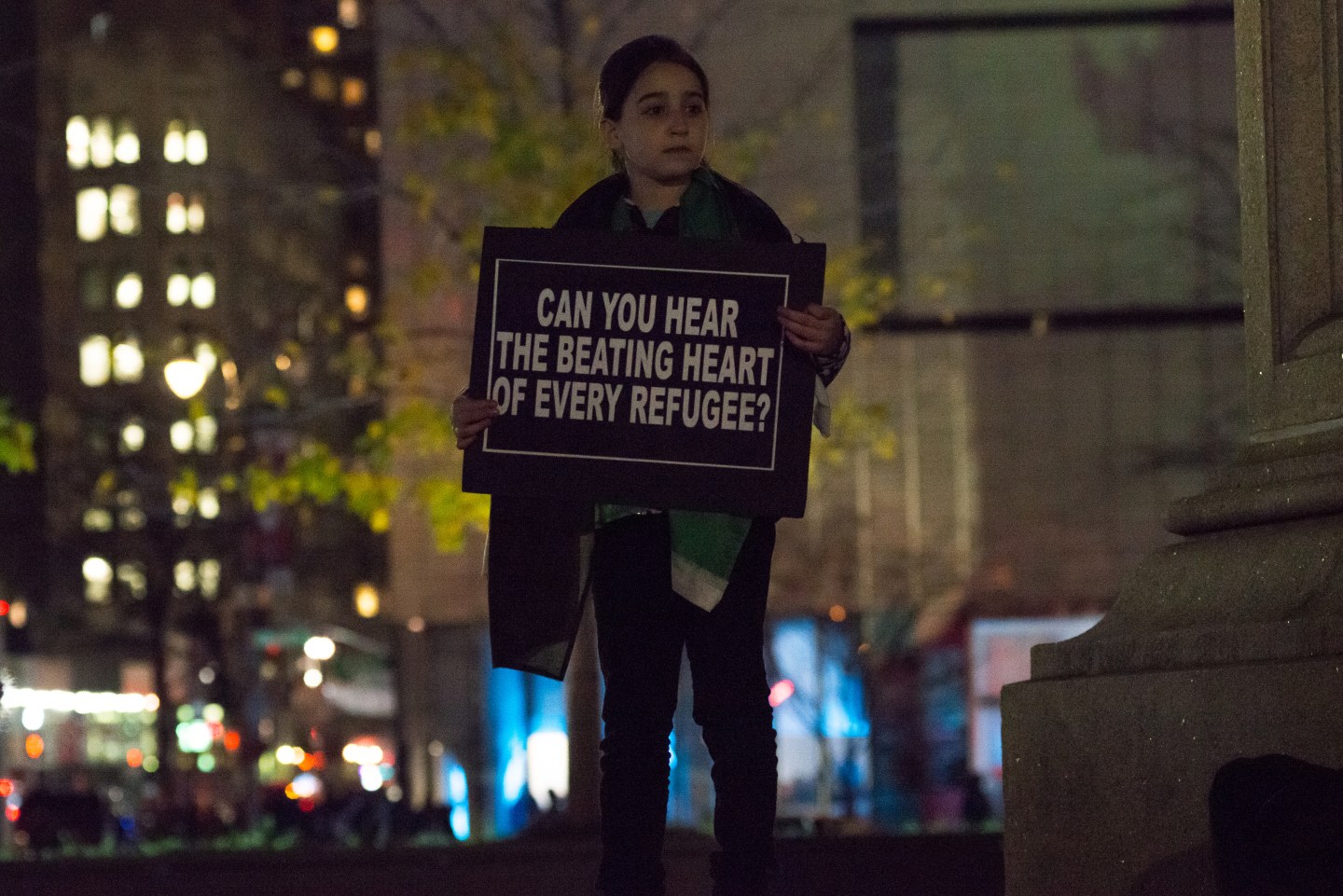 Syrian refugee Ammar Sawan took his first step toward resettlement in the United States three months ago, submitting to an initial round of security screenings.

His dreams of a better life were crushed when President Donald Trump issued an indefinite ban on displaced Syrians entering the United States.

Sawan said Saturday that he learned of the decision from TV news the night before.

“When we heard of the order, it was like a bolt of lightning, and all our hopes and dreams vanished,” said Sawan, 40.

The upholsterer, who supports his family with odd jobs in the Jordanian capital of Amman, said he was especially disappointed for his four children who he had hoped would get a good education in the U.S.

He and other Syrian refugees in Amman bristled at the idea that they posed a potential security threat, saying they were both shocked and saddened by Trump’s ban.

“We tell the American people that we hope he (Trump) retracts this decision,” said refugee Mayada Sheik, 37. “We are not going out to harm people of other countries.”

In an executive order Friday, Trump suspended all refugee admissions to the U.S. for four months and banned the entry of Syrian refugees indefinitely, pending a security review of the admissions program. In a third step, he issued a 90-day ban on all entry to the U.S. from countries with terrorism concerns, including Syria, Iraq and Libya.

Close to 5 million Syrians have fled their homeland since the conflict there erupted in 2011. Millions more are displaced within Syria.

For more on the Trump administration and Syria, watch:

Most refugees have settled in overburdened neighboring countries, including Jordan, Lebanon and Turkey where the struggle for survival has become increasingly difficult. Savings have run out, jobs are scarce and poorly paid, while refugee children learn in crowded classrooms and have very limited access to higher education.

Many refugees say their first choice is to return home as soon as possible. But with the civil war dragging on, that’s not an option and refugees increasingly pursue resettlement to the West because of tough conditions in regional host countries.

The International Rescue Committee said the suspension of the refugee resettlement program was a “harmful and hasty” decision. “America must remain true to its core values. America must remain a beacon of hope,” said IRC President David Miliband.

The group said the U.S. vetting process for refugees is already robust — involving biometric screening and up to 36 months of vetting by 12 to 15 government agencies.

“It will not make America safer,” Egeland told The Associated Press in a phone interview from Norway. “It will make America smaller and meaner. It’s a really sad rupture of a long and proud American bi-partisan tradition that America would be there for those fleeing from terror and for the weak and the vulnerable in the world, which are the refugees.”

The NRC is a leading refugee aid agency, assisting more than 1 million Syrians.