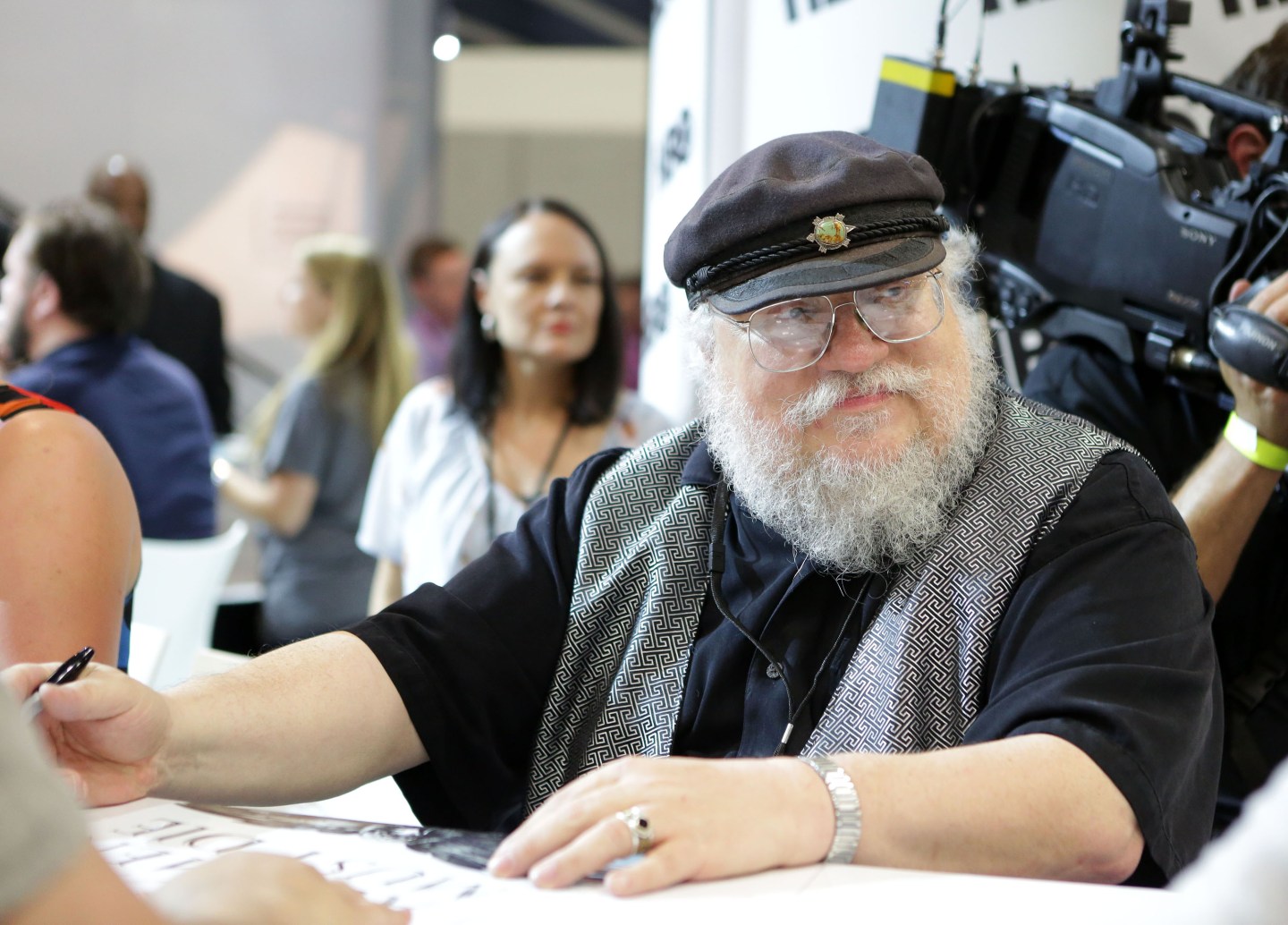 George R. R. Martin fans will indeed get a new piece of literature from the famed author this year.

Fans on Thursday discovered an Amazon.com book listing an Oct. 10 release for a new title called Book of Swords. While the listing, earlier reported on by culture news site Vulture, says that editor Gardner Dozois will be releasing the title—and its description points to a new piece of writing from Martin.

“Fifteen original tales celebrating fantasy’s golden age of sword and sorcery, including a new story from George R. R. Martin set in the world of A Game of Thrones,” the description reads.

Martin has been a well-known fantasy author for years, but came on the mainstream stage in 2011 when HBO premiered its hit show Game of Thrones. The show is an adaptation of Martin’s A Song of Ice and Fire, a series of fantasy novels telling the story of a slew of characters living in the fictitious world as they scheme, fight, and maneuver their way to rule the Seven Kingdoms.

Martin’s first entrant in the series, A Game of Thrones, was published in 1996, and was quickly followed by A Clash of Kings and A Storm of Swords in 1998 and 2000, respectively. After that, however, Martin’s output started to slow, and its next book in the series, A Feast for Crows, was published in 2005. His latest release, A Dance with Dragons, reached bookstores in 2011.

Martin’s slow pace is due in no small part to the exceedingly complex world he’s created. But the pace has also forced the television show’s producers to push ahead with their own version of the story. Loyal readers of the franchise hope the next entrant, The Winds of Winter, will be available sooner than later.

Unfortunately, Martin hasn’t reassured his legion of fans. In a blog post earlier this month in which he answered anxious fan questions, Martin said he had hoped to have The Winds of Winter completed already. He then once again called into question whether the wildly popular franchise’s next edition will hit store shelves this year.

For more about Game of Thrones, watch:

“I think it will be out this year. (But hey, I thought the same thing last year),” Martin wrote.

If The Winds of Winter doesn’t make its debut this year, the franchise’s fans will apparently have Book of Swords to fall back on. However, exactly which ASOIAF story will be published and what tale from the world of Westeros it will tell is unknown.