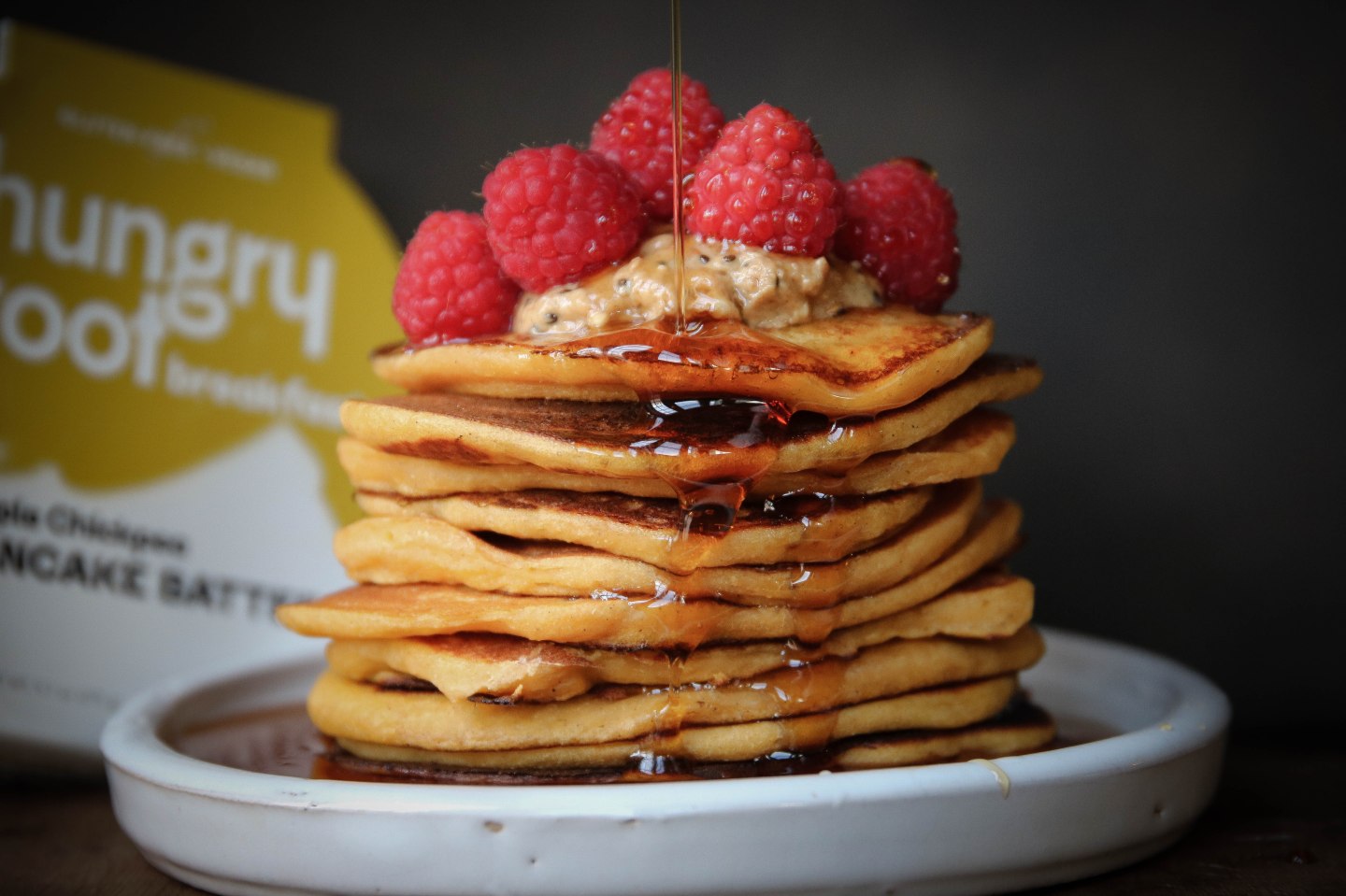 Ben McKean thinks comfort food can be guilt-free, and his company just raised another $7.7 million to prove it.

McKean founded Hungryroot in 2015, sensing an opportunity to use plant-based ingredients to make healthy, easy-to-prepare versions of “craveable” foods. In two years, he has raised a total of $13.5 million in venture capital from Lightspeed Venture Partners, Lerer Hippeau Ventures, and Crosslink Capital, among others.

McKean doesn’t mince words — he is aggressively going after Big Food. The top 25 U.S. food and beverage companies have lost $18 billion in market share in the last five years. That trend is great news for McKean and his direct-to-consumer food business.

“These big packaged-goods companies are over 100 years old, and they are very slow-moving,” says McKean, Hungryroot founder and CEO. “We are able to push the limit in terms of being more innovative because the risk of failure is lower.”

Innovation is key at Hungryroot, which initially sold products only through its website, but now offers them through Fresh Direct, Amazon Fresh, and in select Whole Foods locations as well. The startup’s most popular items include its Almond Chickpea Cookie Dough (which can actually be eaten raw), a sweet potato mac and cheese, and a carrot noodle Pad Thai. McKean rejects the traditional food company model in which a company develops a product, distributes it through grocery stores, and hopes it’s a hit with consumers. Instead, Hungryroot uses data to test consumer demand around a new product. The company tracks click-through rates, repeat purchase rates, and direct customer feedback.

“We may believe people will love a certain product,” McKean says. “But if no one clicks through it, we know something’s wrong — maybe it’s the name, maybe it’s the nutrition, or maybe it’s even the concept.”

McKean and his co-founder Franklin Becker, a former Top Chef Master, have revised their products significantly based on product analytics. For instance, the duo thought their Daikon noodle ramen meal was a home run until the data showed otherwise. Numerous customers ordered it once, but very few ordered it again. After digging deeper into the feedback, McKean found out consumers thought the meal was too spicy, so the team revised the recipe.

“If we were selling that ramen meal in a grocery store, the only thing we would know is that sales weren’t going well,” McKean says. “So we would just pull it and say it’s not working. But online, we are able to figure out why it’s not working.”

This kind of data is key to growing Hungryroot’s business offline as well. When the startup struck a partnership with Whole Foods, McKean was able to use its metrics to show to the retailer why the popular chickpea cookie dough belonged on the mainstream cookie shelves rather than in the vegan aisle.

Jeremy Liew of Lightspeed Venture Partners, says Hungryroot’s biggest problem right now is that it can’t keep up with demand.

“Job one is to increase manufacturing capacity,” Liew, who has also invested in Snapchat and Jessica Alba’s Honest Company. “It’s terrible when you just have to leave money on the table.”

Hungryroot, which sells 1 million items per year, has grown mostly through word-of-mouth. McKean plans to use the money from the new investment to hire more employees and up the spend on marketing and promotion. The company also plans to launch a soup line in the coming months.

“We’ve learned that people want foods they can associate with something indulgent,” McKean says. “Because our food is healthy, it’s the indulgence without the guilt.”