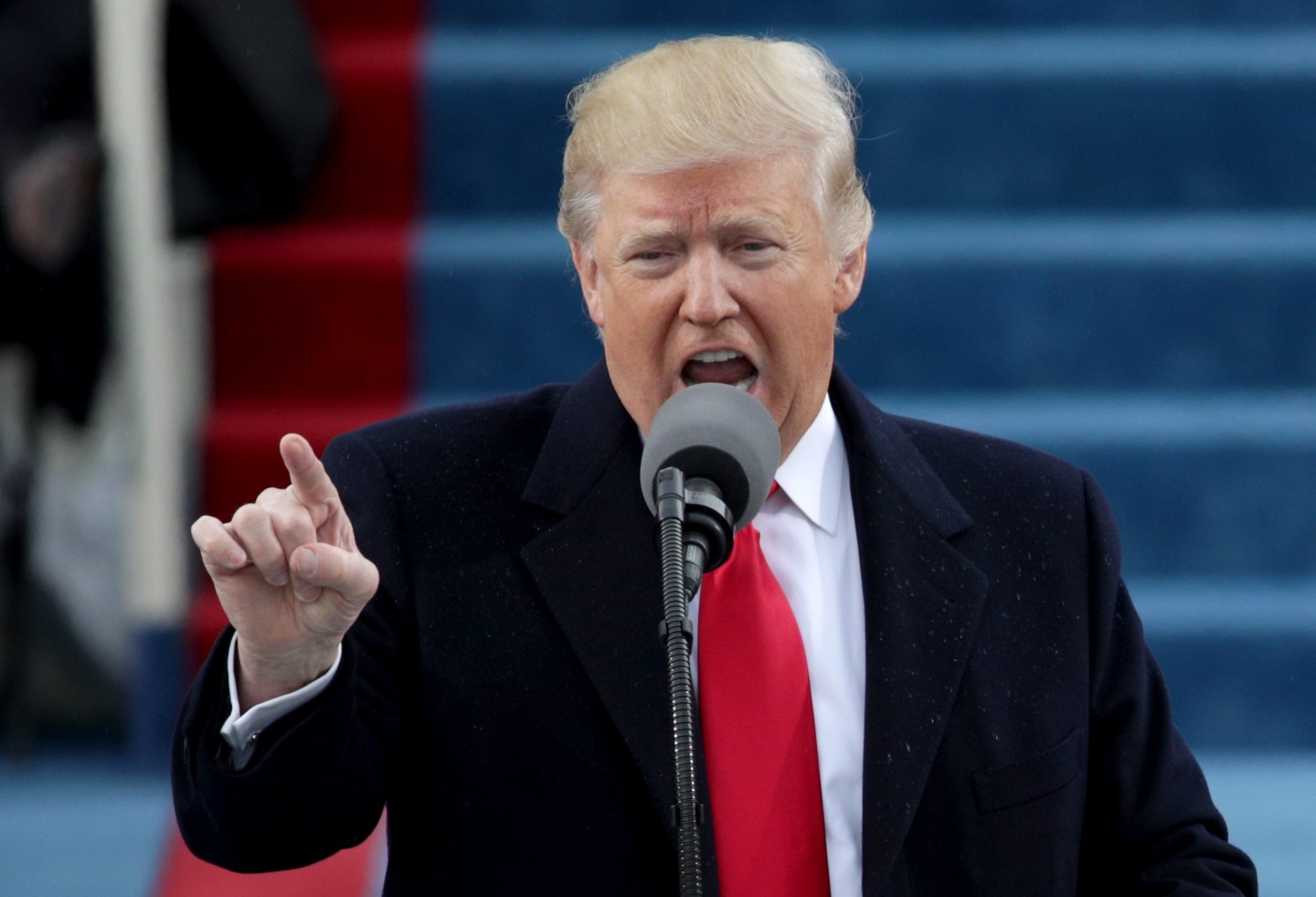 President Donald Trump declared Wednesday that he is ordering a “major investigation” into widespread voter fraud, raising the prospect of a federal government probe into a widely debunked claim and sparking alarm among experts and Democrats.

He went further later Wednesday, claiming: “You have people registered in two states. They’re registered in a New York and a New Jersey. They vote twice.”

All 50 states and the District of Columbia have finalized their election results with no reports of the kind of widespread fraud that Trump alleges.

Trump is planning to sign an executive action as early as this week commissioning a probe into allegations of voter fraud, according to a person briefed on the decision but not authorized to discuss it publicly.

The White House provided few details on what the probe may entail. Press secretary Sean Spicer would not say whether the investigation would be led by the FBI or some other agency. He said only that its goal would be “to understand where the problem exists and how deep it goes” and that it would not be limited to the 2016 election.

Spicer suggested a task force could be commissioned to focus on dead people who remained on voter rolls and people registered in two or more states. And he said it could center on “bigger” states where Trump didn’t compete during the campaign, singling out California and New York, two Democratic strongholds.

Trump’s tweet alarmed Democrats who already believe that moves to tighten voter ID laws are a means to restrict access to the ballot box. Like the president, Trump’s pick for attorney general, Republican Sen. Jeff Sessions of Alabama, who could oversee any federal probe, has shown sympathy toward claims of voting fraud.

There is no evidence of widespread voter fraud in last November’s election, in which Trump won the Electoral College, but lost the popular vote by nearly 2.9 million votes to Democrat Hillary Clinton. That popular vote tally has fixated Trump, who worries that it has led to questions about the legitimacy of his victory, aides and associates say.

Speaking to congressional leaders Monday, Trump said 3 to 5 million immigrants in the U.S. illegally voted in the election, denying him a popular vote majority. If that claim were true, it would mark the most significant election fraud in U.S. history — and ironically, would raise the same questions about Trump’s legitimacy that he’s trying to avoid. No details have been released about the possible probe.

Trump’s own attorneys dismissed claims of voter fraud in a legal filing responding to Green Party candidate Jill Stein’s demand for a recount in Michigan, a state Trump won, late last year. Referring to that outcome, the attorneys wrote: “All available evidence suggests that the 2016 general election was not tainted by fraud or mistake.”

Sen. Patrick Leahy, a Vermont Democrat on the Senate Judiciary Committee, said any inquiry should instead be focused on Russian interference in the election, saying: “President Trump’s call for an investigation into his latest conspiracy theory is absurd, even for him.”

Multiple academic studies, and federal judges, have cast doubt on the prevalence of voter fraud, though an argument that should be based on math has frequently divided along partisan lines.

In one often-cited study, Justin Levitt, an election law expert at Loyola Law School in Los Angeles, identified just 31 instances of potential impersonation out of more than 1 billion votes cast in general, primary, special and municipal elections throughout the country between 2000 and 2014.

Though there are invariably mistakes, clerical errors and instances of ineligible people allowed to register, “there’s absolutely no information to indicate that there were problems on the scale that he’s alleging,” said Levitt, who later was the Justice Department’s top elections lawyer under former Attorney General Loretta Lynch.

The Brennan Center for Justice noted in a report this month that several U.S. attorneys under former Attorney General Alberto Gonzales in the George W. Bush administration had been fired in part “because they had refused to prosecute nonexistent voter fraud,” and that the Justice Department at the time “exerted pressure on states and an independent government agency to fall in line with an anti-voting rights agenda.”

A 2012 Pew Research study that found that about 24 million voter registrations — or one of every eight — were no longer valid or significantly inaccurate. But it also found no evidence that the errors contributed to significant voter fraud. Among those registered in more than one state include White House chief strategist Stephen Bannon, who is registered in both New York and Florida, according to county officials.

The Justice Department under the Obama administration, in public statements and court filings, repeatedly took the position that election fraud was a minor problem and that claims of its prevalence were an effort to justify harsh voter identification laws.

The right-leaning Heritage Foundation, however, said it counted at least 462 cases and 742 criminal convictions over the last 20 years or so. And Trump frequently made claims of voter fraud on the campaign trail, particularly citing major urban areas like Philadelphia.

Meanwhile, Sessions has castigated Justice Department officials for failing to aggressively pursue allegations of voter fraud. As U.S. attorney in Alabama in 1985, he prosecuted three black civil rights activists who were accused of tampering with other peoples’ ballots. They were acquitted and Democrats condemned the case as overzealous prosecution.