The U.S. Is Getting a Really Bad Deal on Infrastructure 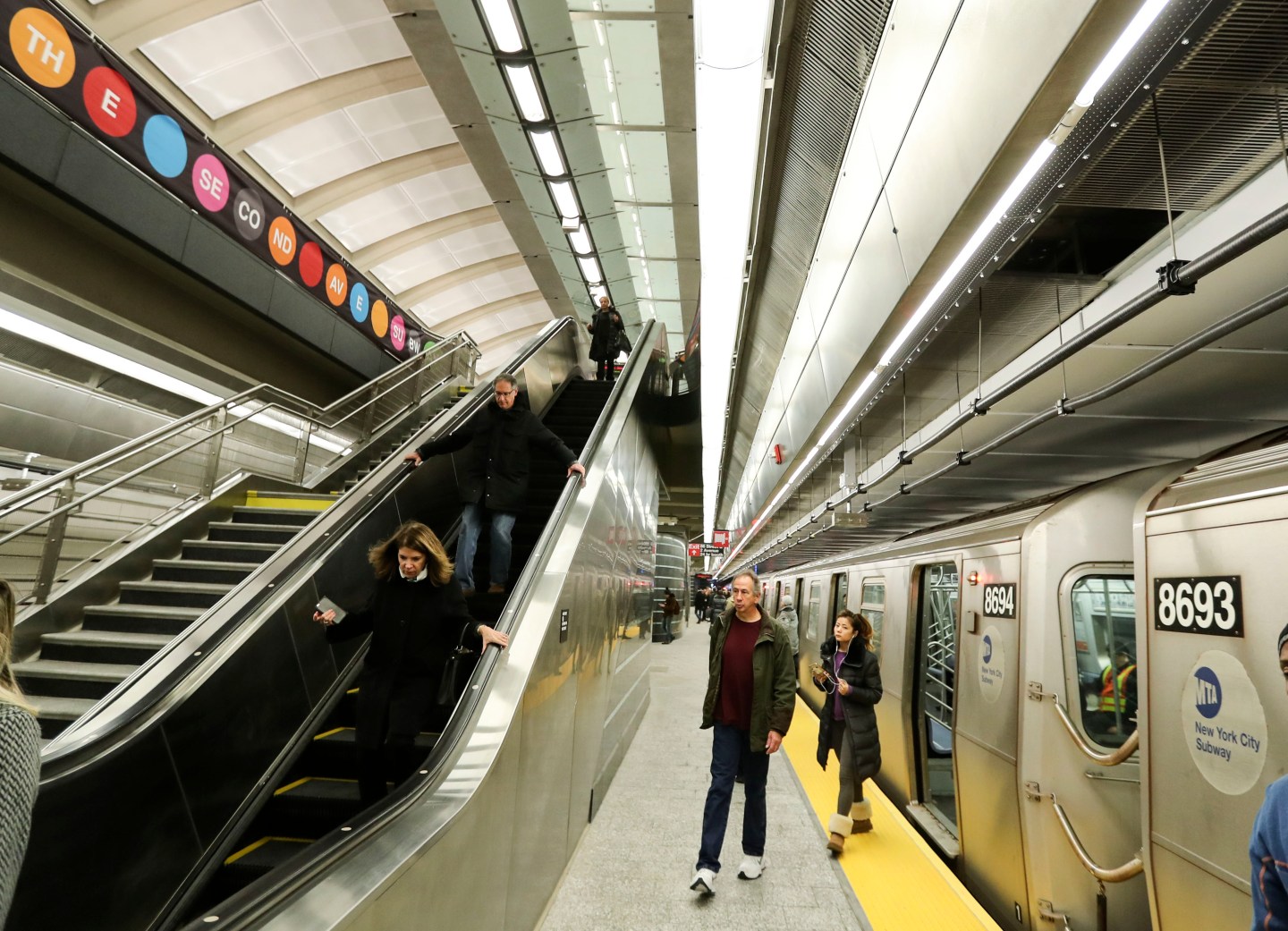 NEW YORK, Jan. 4, 2017 : People walk out of subway train at the newly-launched 96th street Station in New York, the United States, Jan. 4, 2016. New York City's Phase 1 of the Second Avenue Subway opened for service on Jan. 1, 2017. The nearly 2-mile segment, under the Upper East Side of the Manhattan, extends the Q line to three new stations at 72nd, 86th and 96th Streets at a cost of 4.5 billion U.S. dollars. (Xinhua/Wang Ying via Getty Images)
Photograph by Xinhua News Agency//Getty Images

“New York is about building the tallest building and then coming back and building a taller building,” Gov. Andrew Cuomo intoned in late December at one of several opening ceremonies for the long-awaited Second Avenue subway.

But New York City hasn’t had the world’s tallest building since 1974. What it does have: the world’s most expensive subway. At a shocking $2.4 billion per mile, the Second Avenue line set a global cost record, besting one set a few years earlier for a $1.8-billion-per-mile rail extension on the city’s West Side.

It’s not just New York where infrastructure prices have lofted into the stratosphere. U.S. cities including San Francisco and Boston consistently spend vast sums on relatively little transit, while cities like Paris and Tokyo build subways in tougher conditions for a small fraction of our costs (see chart below).

The precise reasons for the disparity are not well understood, but a good place to start is the iron triangle of rent-seeking contractors and consultants, fief-protecting transportation agencies, and unionized building trades—all with an interest in protecting the status quo and its attendant inefficiencies.

That’s particularly worrisome as the U.S. gears up to spend big on infrastructure renewal—a rare point of agreement between Donald Trump and congressional Democrats. Unless U.S. cities can rein in their eye-popping costs, that money is more likely to fund special interests than speed your commute.

A version of this article appears in the February 1, 2017 issue of Fortune.