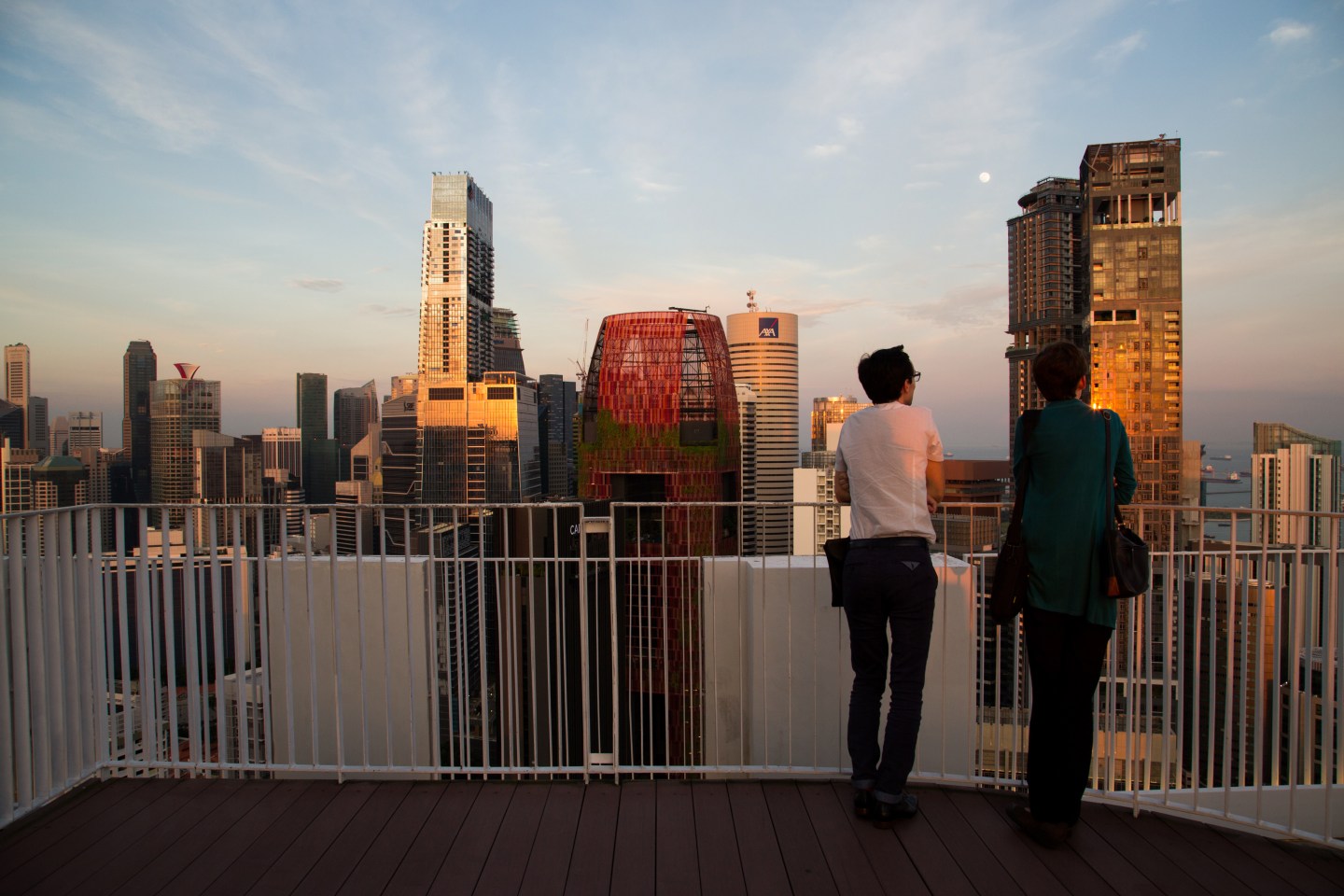 Visitors look out at the skyline from the skybridge at the Pinnacle@Duxton, a Housing & Development Board (HDB) public housing estate, in Singapore, on Thursday, Sept. 15, 2016. Singapore is currently mired in its most prolonged housing slump on record. Home prices in the city-state fell for the 11th straight quarter in the three months ending June 30, posting the longest losing streak since records started in 1975. Photographer: SeongJoon Cho/Bloomberg via Getty Images
SeongJoon Cho—Bloomberg/Getty Images

Unemployed and looking for work? Maybe take your pink slip to the city-state of Singapore, which has the shortest unemployment periods in the world.

Although Singaporean job cuts are at their highest rate since 2009, data from Singapore’s Ministry of Manpower shows that it takes a median average of just eight weeks for jobseekers to find new employment, Bloomberg reports.

Singapore’s duration of unemployment beats Hong Kong, where the average is nine weeks, and the U.S., where it is 11. It’s more than twice as short as in Australia, where the newly unemployed typically wait 17 weeks to find a new job.

For those of retirement age, who are most vulnerable to job loses, re-employment prospects are bright. Lim Swee Say, the city state’s Minister of Manpower said earlier this month that 98% of people who reached Singapore’s retirement age of 62 in 2016 were offered re-employment, according to local media reports.

But it’s not all good news for Singapore, which could see its unemployment rate climb above 3% for the first time since 2010, when data for the fourth quarter of 2016 is released on Jan. 26. That’s still a very low figure for a developed economy, but it would be a considerable jump on the current rate of 2.1%.

For more on the job market, watch Fortune’s video:

The new data on the brevity of workers’ unemployment periods comes amid wider scrutiny over Singapore’s slumping exports and slowing economic growth.

While curbs on immigration have tightened the job market, a dearth of relevant domestic skills is hampering growth according to some analysts.

Krystal Tan, an economist with Capital Economics Ltd told Bloomberg: “People often don’t have the kind of skills the job market demands, so the government is focusing on that now.”