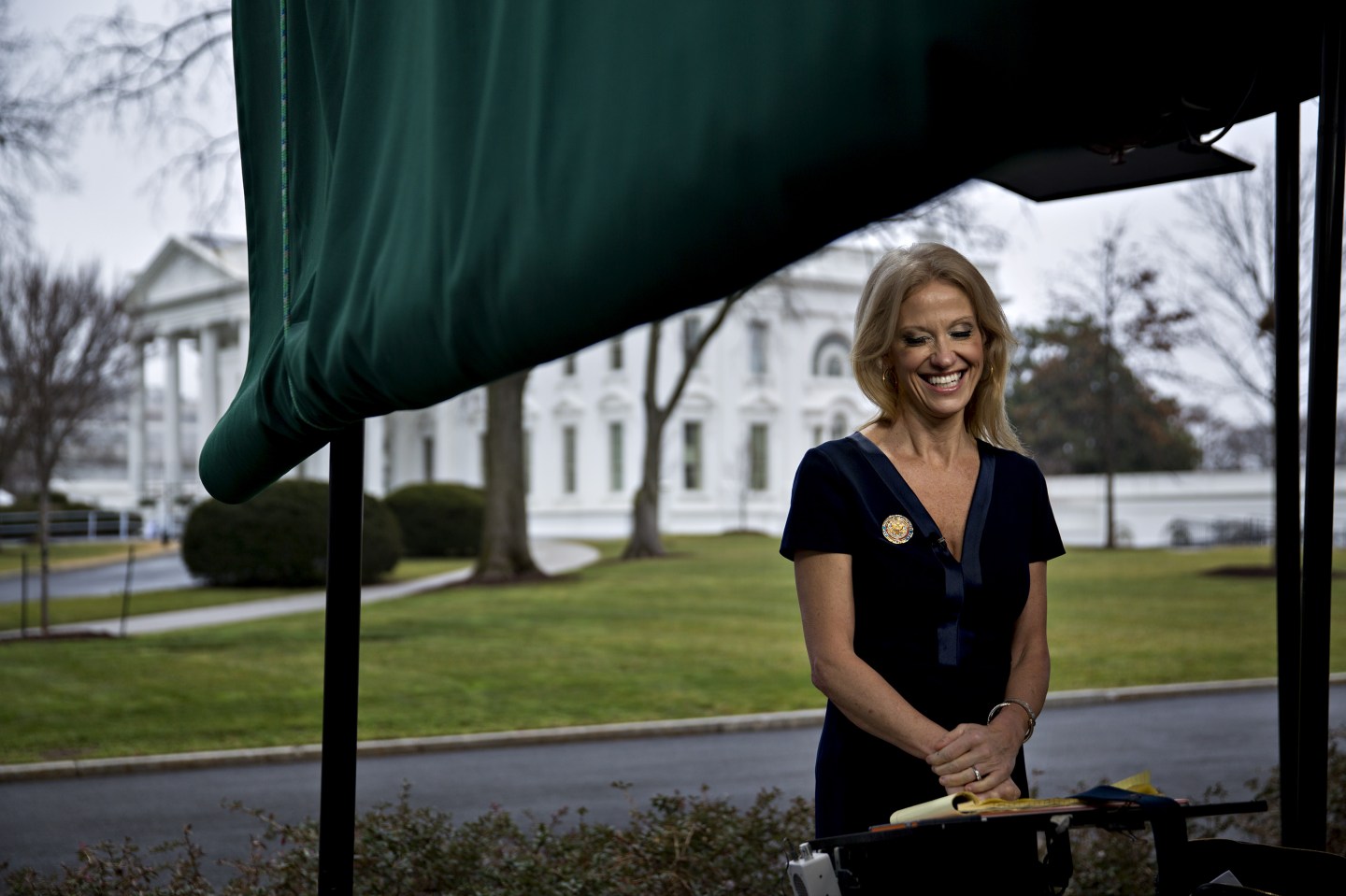 Kellyanne Conway, senior advisor to U.S. President Donald Trump, smiles before a television interview outside the White House in Washington, D.C., U.S., on Sunday, Jan. 22, 2017. Conway, a key adviser to Trump, said today the new administration plans to end the Affordable Care Acts requirement that most people have health insurance, a step that could destabilize the laws markets. Photographer: Andrew Harrer/Bloomberg via Getty Images
Bloomberg Bloomberg via Getty Images

The Trump administration may no longer enforce a rule requiring individual Americans to carry health insurance or pay a penalty if they do not, a senior White House official said on Sunday.

Separately, on CBS’ Face the Nation show, she reiterated Republican promises that no one would lose their health insurance under Obamacare while a replacement is being developed.

“For the 20 million who rely upon the Affordable Care Act in some form, they will not be without coverage during this transition time,” she said.

On Friday Trump signed an executive order concerning the 2010 healthcare law, urging U.S. agencies to “waive, defer, grant exemptions from, or delay the implementation” of provisions deemed to impose fiscal burdens on states, companies or individuals.

Healthcare experts had speculated that Trump could expand exemptions from the individual mandate.

“We’re going to move carefully in conjunction with the administration to repeal and replace it with things like health savings accounts and interstate health insurance sales and high-risk pools at the state level to take care of people who have pre-existing conditions.” he said.

For more on Trump and healthcare, watch:

Last week Republican Representative Tom Price, Trump’s nominee to lead the Department of Health and Human Services, told the Senate Committee on Health, Education, Labor and Pensions, that an overhaul of Obamacare will initially focus on individual health plans sold on online exchanges and the Medicaid health insurance program for low-income Americans.

He added that the revamp would not immediately tackle changes to Medicare, the federal health insurance program for those 65 and older and people with disabilities.

Trump has said he wants to keep some elements of Obamacare, such as allowing young adults to be covered under their parents’ insurance. He is in favor of plans that use health savings accounts and the sale of insurance across state lines.