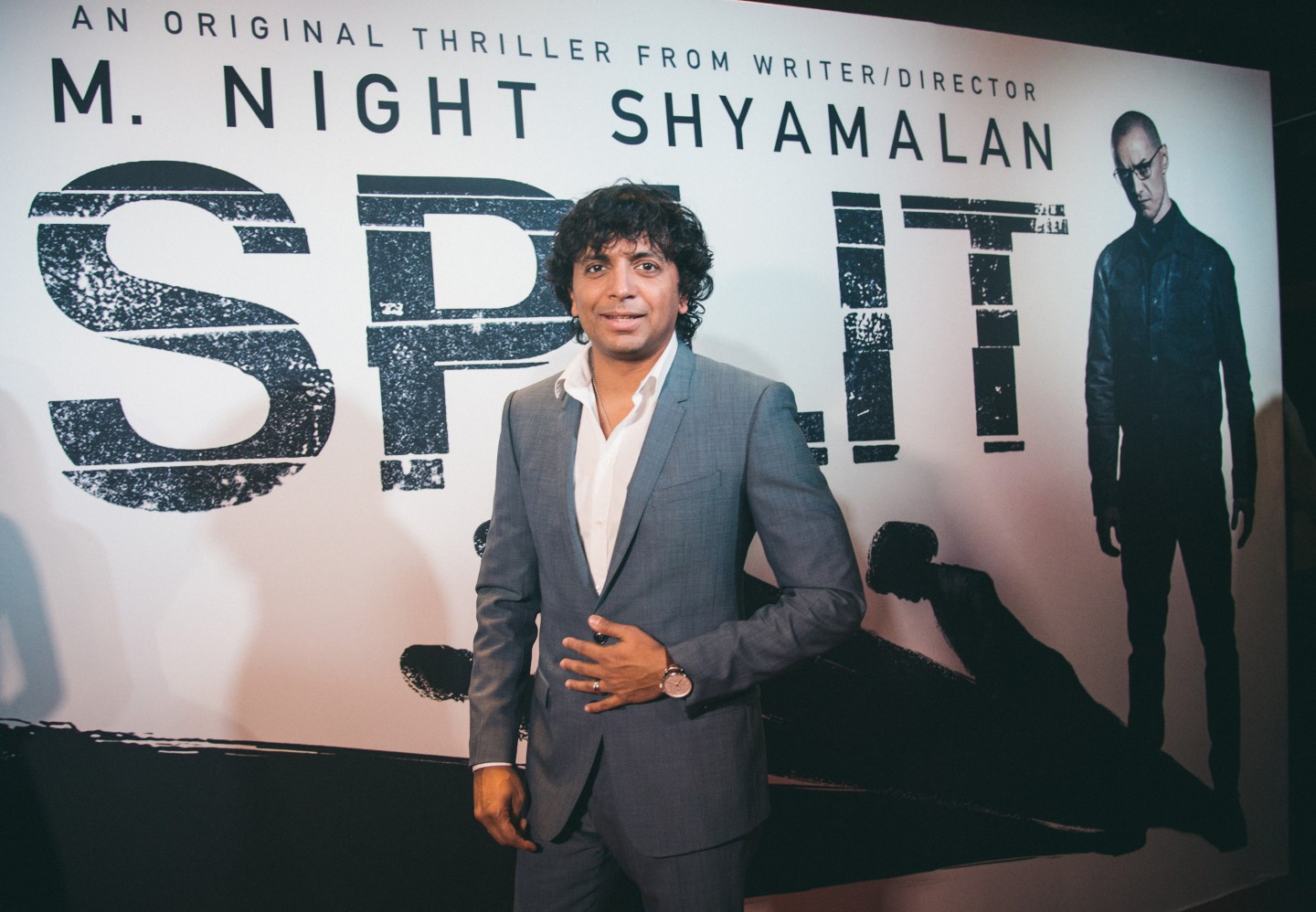 M. Night Shyamalan’s horror film, Split, about about a man with a personality disorder who kidnaps three girls, topped the weekend box office with $40.2 million.

Shyamalan, known for thrillers like the Sixth Sense, directed the James McAvoy-led vehicle for less than $10 million, according to the Hollywood Reporter. Split knocked out Hidden Figures, a biographical film about three black women working for NASA who helped send the first men to space, from its two-week domination of the top spot. The movie went to third place this weekend, earning $16.25 million.

In fourth place was the animated musical Sing, with $9 million from the weekend. Rounding out the top five was the musical La La Land, which took in $8.4 million.