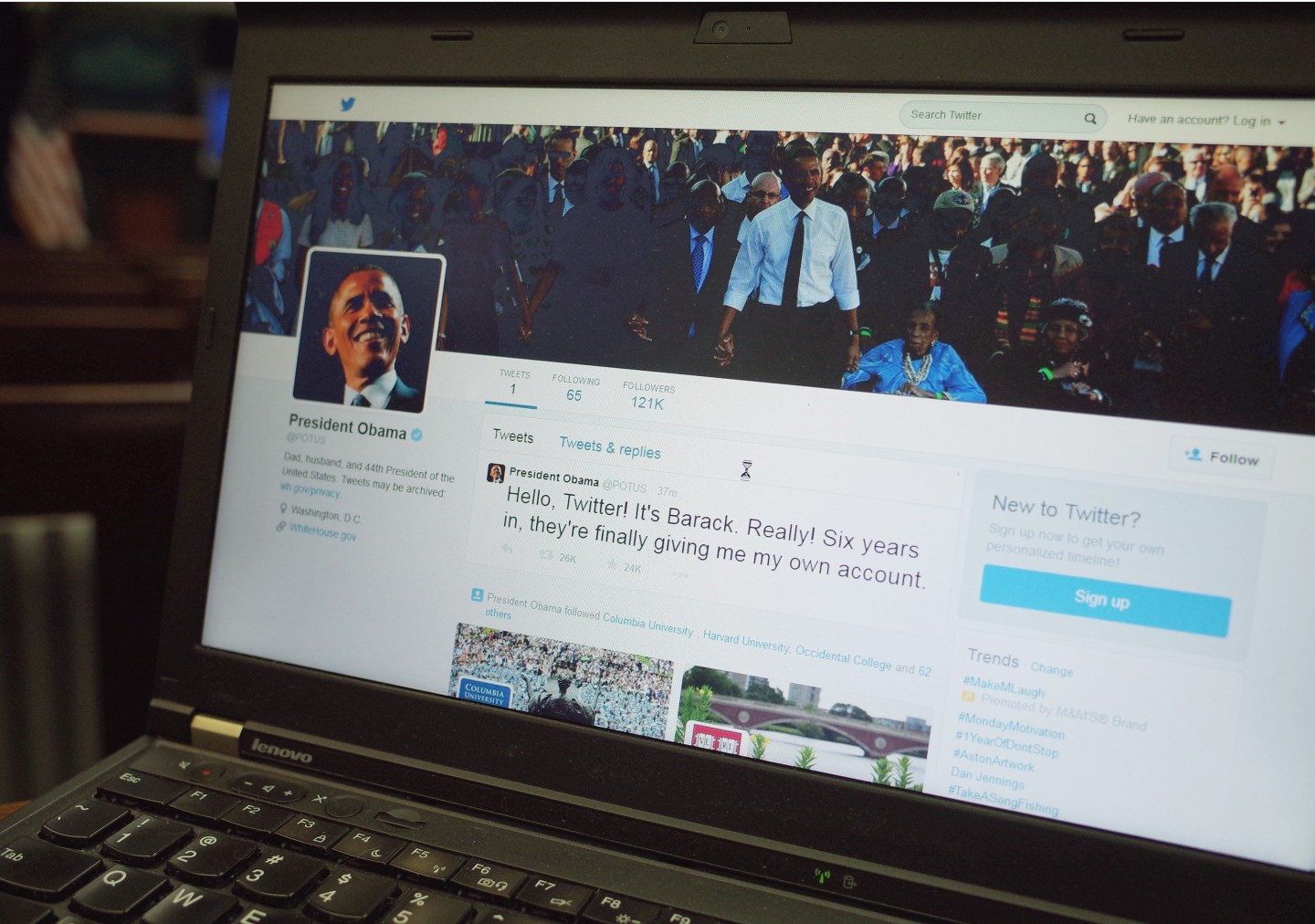 An illustration shows US President Barack Obama's Twitter page on a laptop in Washington, DC on May 18, 2015. "Hello, Twitter! It's Barack. Really! Six years in, they're finally giving me my own account."With that inaugural Tweet sent from a smart phone the Oval Office before jumping on Marine One Monday, the President of the United States Barack Obama -- or @POTUS - cast off security and bureaucratic chains in place since he was elected. The account -- which already had nearly 150,000 followers in the first half hour -- will instantly become one of the world's top hacking targets, but it will also allow Obama to communicate directly for the first time. AFP PHOTO/MANDEL NGAN (Photo credit should read MANDEL NGAN/AFP/Getty Images)
MANDEL NGAN AFP/Getty Images

When President Donald Trump was inaugurated on Friday, he was not only handed the nuclear codes, but also control of the @POTUS Twitter account that had been previously used by former President Barack Obama.

But the transfer of power on Twitter hasn’t been as smooth as the one that occurred on the steps of the U.S. Capitol. Twitter users have been griping since Friday about the switch, which many have said “forced” them to follow the new @POTUS or @FLOTUS, even if they didn’t want to follow Trump and his wife Melania like they did Obama and his wife Michelle. Some even said they’d deliberately avoided the account, but ended up following anyway.

where does it end

Late Friday, Twitter responded to user’s concerns saying they were “investigating” and “resolving” the issue.

We are aware of the issue with migrating @POTUS followers and investigating. More soon.

While there may have been some complications during the @POTUS transition today, the issue is being resolved.

Early Saturday, Twitter said it was still working on resolving the issue.

Update: We continue to work on the investigation and fix for the @POTUS migration. Stay tuned!

Later on Saturday, Twitter’s CEO Jack Dorsey explained what happened in a series of tweets.

2. Some people who unfollowed @POTUS in the past were mistakenly marked to now follow @POTUS

We believe this affected about 560,000 people. This was a mistake, it wasn't right, we own it, and we apologize. No excuses.