How Washington D.C. Is Preparing for Massive Protests at Donald Trump’s Inauguration 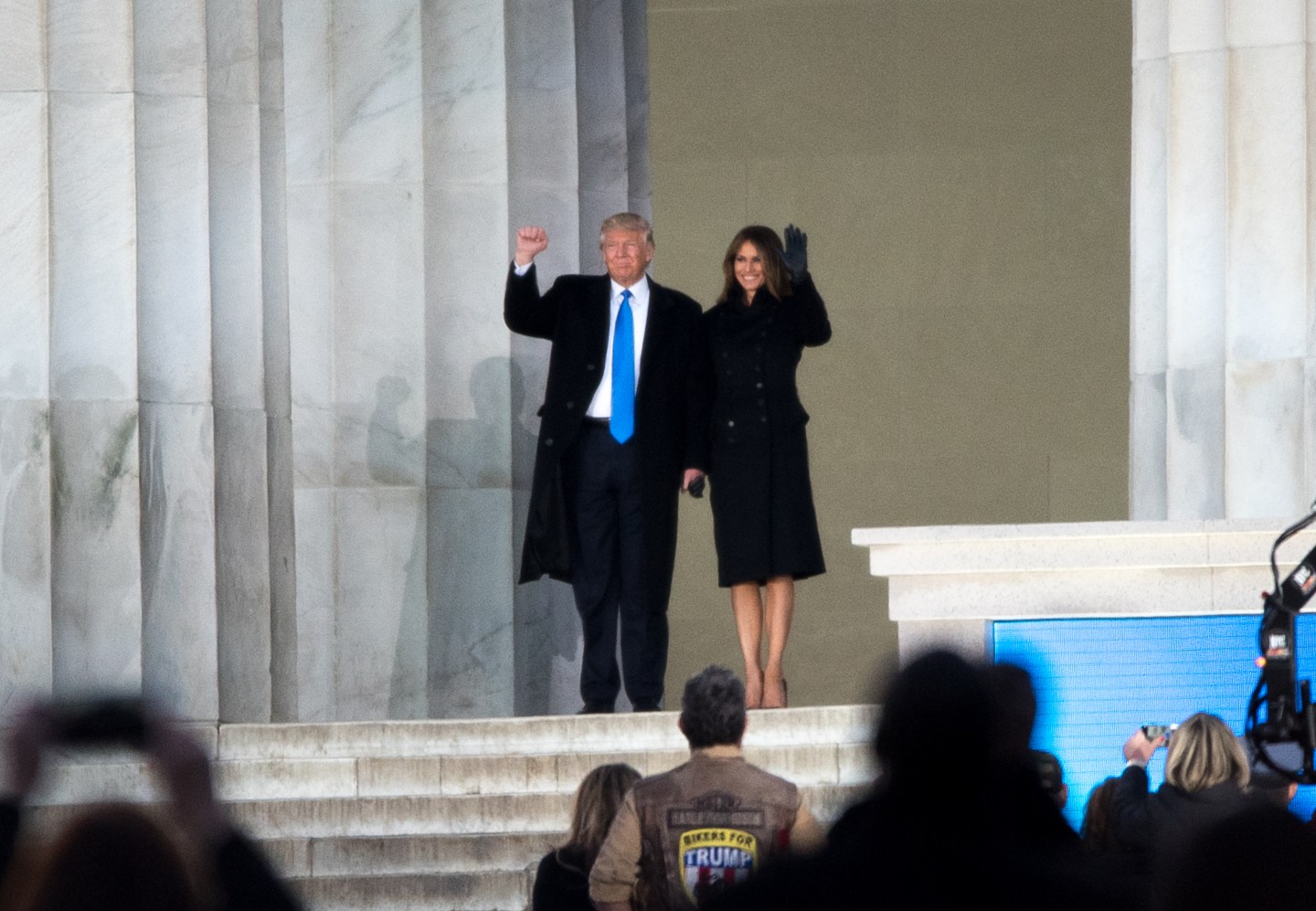 Tens of thousands of law enforcement officers and miles of barriers were in place in Washington on Friday, as officials braced for hundreds of thousands of people planning to celebrate or protest Donald Trump’s inauguration as president of the United States.

About 900,000 people were expected to pack central Washington, including the grassy National Mall facing the Capitol, where the New York businessman and former reality TV star will be sworn in, and the parade route along Pennsylvania Avenue to the White House.

A disparate group of liberal activists irked by comments by Trump about women, illegal immigrants and Muslims have planned protests throughout central Washington. Supporters of Trump, who has never before held elected office, were expected to pack the streets to cheer the man they see as bringing a fresh approach to politics and sparking economic growth.

One of the largest anti-Trump protests expected on Friday will be organized by the ANSWER Coalition, a broad-based liberal group, which expects to have thousands at the U.S. Navy Memorial, along the parade route.

“It’s Day One, we’re saying, of a larger era of resistance, and we believe we’re going to send a very powerful message to Trump and the government,” said Ben Becker, 33, an organizer with the group. “The Trump agenda is very comprehensive. It includes attacks on Muslims, immigrants, on women’s rights, on workers’ rights. So really, no matter what community you’re a part of, you have a stake in this fight.”

Jackson Rouse, an 18-year-old high school senior from northeastern Arkansas, who skipped school to attend the inauguration with his father, expressed concern that several dozen Democratic congressmen and congresswomen planned to stay away from the inauguration in protest.

“I think he was voted in fairly and it was a fair election,” Rouse said. “I love Trump. I expect changes and I expect he’s going to do everything he said he was going to do.”

Some of Friday’s protests will bring a carnival atmosphere, including a group of motorcyclists calling themselves Bikers for Trump, who will have to arrive at their parade route rally without their noisy bikes, and pro-marijuana activists who plan to hand out 4,200 joints to be lit up in violation of federal and local laws.

While Washington will be the focal point of the protests, anti-Trump activists have planned sympathy rallies around the nation and the world, with events planned for major U.S. cities, including Chicago and Los Angeles, and as far away as Sydney.

About 30 groups have obtained permits for protests they estimate will attract about 270,000 people on Friday and Saturday, far more than have been seen in other recent presidential inaugurations.

By far the largest protest is expected to be Saturday’s Women’s March on Washington, which some 200,000 people from around the United States are expected to attend.

The U.S. Secret Service, Washington police and other law enforcement agencies planned to have some 28,000 officers in place to secure the roughly three-square-mile (almost eight-square-kilometre) area of downtown Washington

A protest group known as Disrupt J20 has vowed to stage demonstrations at each of 12 security checkpoints and block access to the festivities on the grassy National Mall.